What teaching design taught me 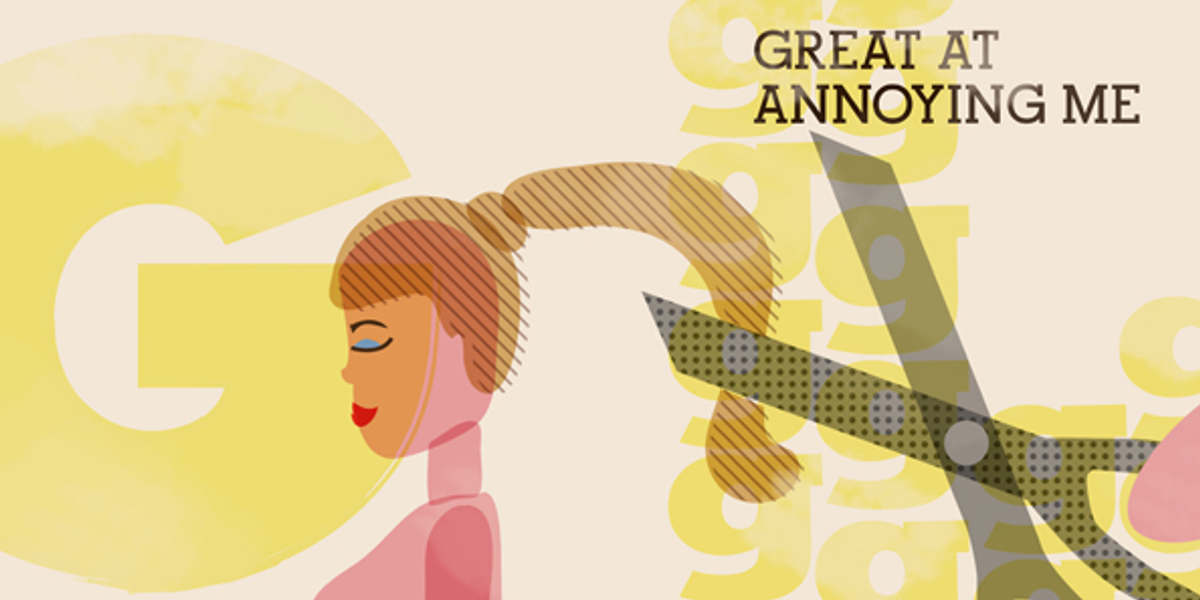 After 20-plus years as adjunct faculty at the School of Visual Arts, I still get myself all knotted up at the beginning of each semester. Will everyone drop the class? Will they see me for the fraud that I am? Standard issue concerns. And perhaps I was even more nervous this September, since for the first time, I was taking on a full course load as part of my plan to reinvent myself. I was thinking "Room 222," but was afraid I’d end up with "Welcome Back, Kotter."

I started teaching while I was still in my twenties, and wasn’t much older than the continuing ed students in my first class. I arrived for the initial session in the middle of a torrential downpour, soaking wet, portfolio wrapped in a black garbage bag. I nervously asked if I was in the right room, and I am guessing the students probably hoped I wasn’t.

I quickly learned that teaching required the ability to clearly articulate a point of view. You couldn’t just tell a student that their project “didn't work.” You had to be able to tell them WHY a piece didn’t work, and suggest ways to make it better. It was paramount to both instill confidence and challenge the students, which could be a tenuous balance when there was little to be salvaged, or, frankly, if I was in a lousy mood.

I was surprised that I was able to string coherent thoughts together and then repeat them out loud, and that people took me somewhat seriously. Teaching was a good dress rehearsal for dealing with editors and clients, and it forced me to speak up and not fade into the background. I liked the continuing ed students, and they seemed to like me. I was hooked.

SVA has become home to a much larger population of international students than in the olden days when I was commuting down from my parents’ house in the Bronx, or living at Sloane House, the very first SVA dorm, a slightly sad YMCA on West 34th Street. I don’t remember any international students in my Foundation Year group, and I thought we were exotic because we hailed from all five boroughs, Long Island, New Jersey and even Connecticut. We were decidedly local and mostly came from neighborhoods with adjoining houses. Today’s SVA students are far more worldly, and with each new class, I end up meeting students from truly exotic places (and I say this with all due respect to my beloved boroughs and tristate area).

Working with diverse groups hailing from so many countries can be difficult at first. Other cultures sometimes teach their students to defer to instructors, which is diametrically opposed to the way American students are taught to behave. And we blustery New Yorkers can be much more assertive than even our Midwestern peers.

Language can be a delicate issue, as are American pop culture references, and I give students who’ve come to the States all alone kudos for extreme bravery. I only ventured from the Bronx to Manhattan and the two worlds could not have been more different. Assimilating into a whole new culture shows a level of maturity that is to be acknowledged, particularly when there isn’t even a distant cousin or cat-loving aunt anywhere nearby.

Teaching a worldlier crowd has also been kind of a kick, since I’ve gotten to know a little about life on the other side of the country, as well as the other side of the globe. I have a fabulous third-year student named Zipeng, who cocks his head and teases me with, “What IS that?” when I make a dumb pop culture reference―particularly about anything that dates further back than his short lifetime. Zipeng is a real live wire, and I suddenly find myself wanting to go to China, his homeland. I’ve met Turkish students who were ridiculously talented, including a few teenagers who came over to participate in the SVA Pre-College program last summer. I'm now ready to go to Turkey when I get back from China. I’ve worked with tons of gifted Korean students, folks from Saudi Arabia, Israel, Russia, Japan, Spain, Indonesia, Cambodia and even a few countries I had to sheepishly Google.

If you’ve never taught, I say go for it. Teaching keeps you young, exposes you to cultural references that you may never know about otherwise, and students are always up on the best websites and music. You’ll look smarter in front of your own kids, nieces, or nephews. And you’ll know who someone named Florence and the Machine is.

*Special thanks to my third year class at SVA for letting me show off some of their ABC books (clearly not for kids, for the most part!)