The man's world of "Boardwalk Empire" 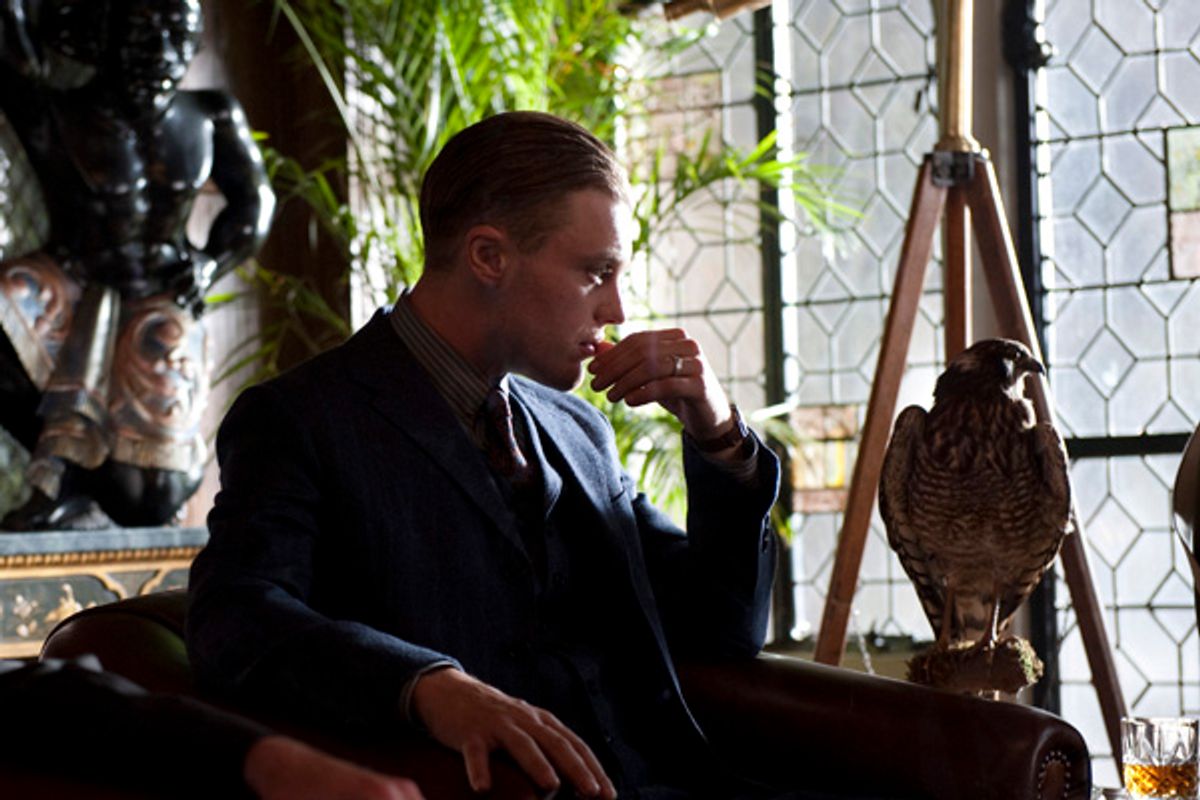 On one hand, yes, oh my God, oh the humanity, poor Angela Darmody (Aleksa Palladino), rest her soul; what a ghastly exit. Philadelphia gangster/butcher Manny Horvitz (William Forsythe) avenged a botched assassination attempt by Angela's husband, Jimmy (Michael Pitt), by invading the Darmodys' seaside house and putting Angela and her girlfriend down like livestock. It was obscenely dark, and I mean that as a compliment. Violence that's supposed to mean something -- to feel "real" and hurt the spectator -- can't be clean, abstract or comic bookish. It needs to have that '70s movie nastiness, and this killing definitely had it. It reminded me of the murder spree that ended "Boys Don't Cry," with the bodies on the floor and the bloodstains on the wall. Horrifying.

But on the other hand: sooner or later "Boardwalk Empire" had to kill off somebody who was listed in the show's opening credits, otherwise it would have seemed like Guest Star Murder Theater, and Angela was definitely the most disposable major character. She never drove important plotlines; mostly she reacted to her husband's macho shenanigans, sometimes suffering in silence, sometimes acting out. Her appearances tended to tease the same question over and over: "Is Angela being true to herself and flirting with women this week, or trying to pass for straight again?" That's a fascinating predicament for a female character in male-dominated 1920s Atlantic City, with its boho influence bubbling just under the surface, but "Boardwalk" has yet to address it in a meaningful way. We got a parting taste of Angela's internal conflict during her final episode, but it ultimately felt like a glorified setup for the surprise of seeing a woman coming out of that bathroom instead of Jimmy. (On TV, when unhappy characters try to set things right with the people who mean the most to them, it often means that death is right around the corner.)

Angela's demise is mainly notable for what it will or won't do to Jimmy. He already seems to be in way, way over his head. In the past few episodes, he made a public spectacle of himself by tossing an underling off a balcony at a celebratory party, got outmaneuvered by the supposedly retired Nucky in the liquor business, and failed so miserably at handling the African-American hotel workers' strike that the stroke-addled Commodore finally blurted out a comprehensible sentence: "Why don't you show them your cunt?" I'm guessing Angela's demise will either drive Jimmy to even more hotheaded behavior or send him into a depressive trough of inaction. Either way it'll reduce Angela to a facet of Jimmy -- a catalyst for a gangster's grief and rage -- rather than illuminating her on her own terms.

"Boardwalk Empire" never really knew what to do with Angela, just as it never really knew what do with any of its female characters -- except maybe Jimmy Darmody's mother, Gillian (Gretchen Mol), the Oedipal Lady Macbeth of the seaside. Margaret's distress over her daughter's polo paralysis has been more compelling, mainly because it put Kelly Macdonald, one of the best actors in a fine cast, at the center of several episodes in a row. (It also showed a warmer, gentler side of Nucky.) I get the sense that the confession that Margaret really wants and needs to make isn't that she had sex with that hunky IRA soldier, but that she's living with (and off) the man who had her husband killed. But as morally and metaphysically fraught as these developments may be, Margaret has never regained the spark that she showed early in Season 1, when she charmed Nucky and proved herself a dazzling social butterfly who could talk politics with actual politicians. Like Angela -- and Gillian, and Lucy Danziger, and every other female character of note -- she's diminished by a show that's ultimately more interested in pissing contests and whackings. It isn't just Nucky who put her in her place, it's the series.

The reflexive counter-argument that "Boardwalk Empire" is set in a man's world almost a hundred years ago -- and that deeper, more sharply defined, even autonomous female characters would be unrealistic, or anachronistic -- doesn't wash when you compare it to similarly testosterone-driven but superior shows. "The Sopranos," "Deadwood," "Breaking Bad" and even the current "Homeland," which is set in the male-dominated world of spies, soldiers and politicians, all managed to create women characters who seemed to have a life apart from whatever men they happened to be living with, sleeping with or working for. Carmela Soprano was married to Tony, but she wasn't overshadowed by him. Alma, Trixie and Calamity Jane on "Deadwood," Skyler White on "Breaking Bad," Carrie Mathison on "Homeland" and almost every major female character on "Mad Men" have more depth, more fire, more inner life than any female character on "Boardwalk" save Margaret, and even she often seems to be more of a human pincushion than a character.

U.S Assistant Attorney General Esther Randolph (Julianne Nicholson), who's loosely based on Mabel Walker Willebrandt, the assistant U.S. attorney general from 1921-29, is a fascinating addition to the show, tormenting Nucky and challenging Van Alden to climb out of his personal shame spiral and recommit himself to law enforcement. But "Boardwalk" also made sure to show her sleeping with a subordinate, and gave us a nice head-to-toe nude shot while they were at it. How long, I wonder, before she ends up in a clinch with Nucky?