A 200-pound third-grader is removed from home for neglect. Should the government take custody of overweight kids? 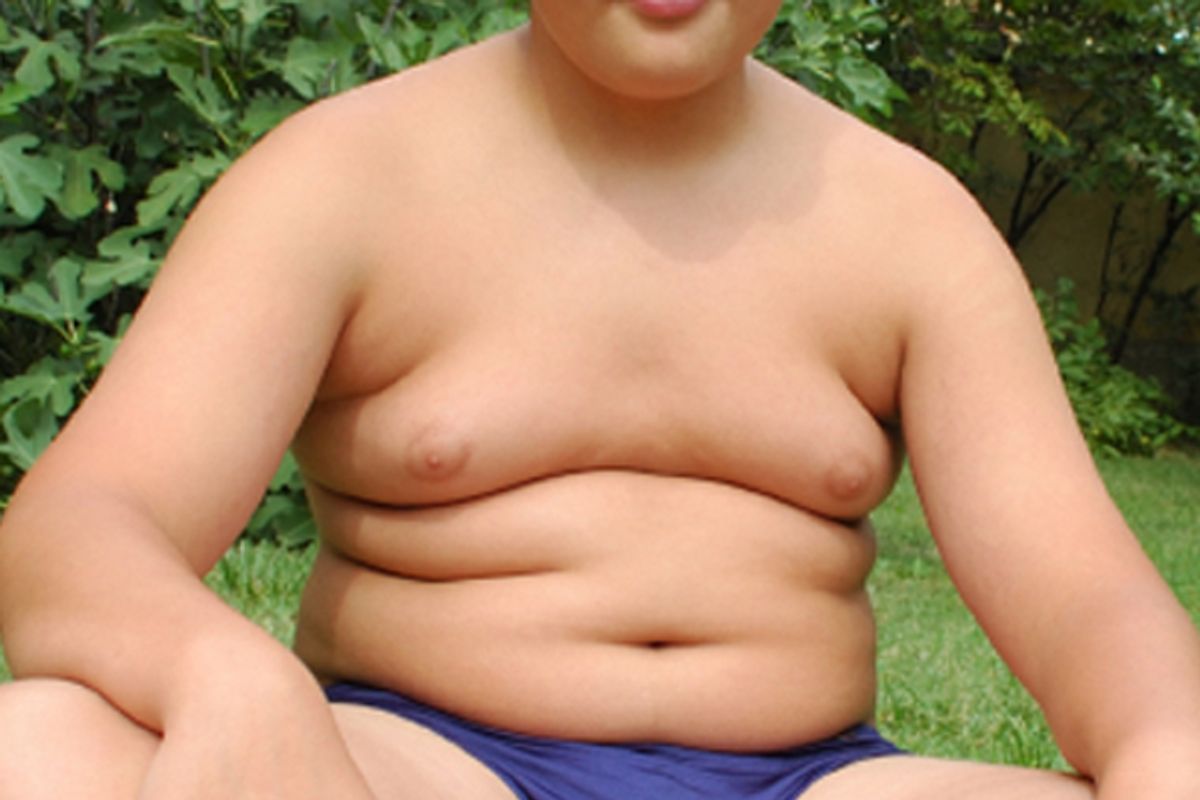 Is childhood obesity child abuse? Child services officials in Cleveland seem to think so. They recently removed an 8-year-old boy from his mother and placed him in foster care -- because the child tips the scales at over 200 pounds. Department of Children and Family Services spokeswoman Mary Louise Madigan told the Cleveland Plain Dealer that the boy's condition constituted "a form of medical neglect."

"This child's problem was so severe that we had to take custody," Madigan said, adding that her office had worked with the boy's mother for over a year before removing him. The boy first caught the attention of child services when his mother brought him to the hospital last year with breathing issues. He was diagnosed with sleep apnea, and now uses a machine to assist his breathing while he sleeps.

But how do you undo deeply ingrained patterns, combined with a damming family history? Both of the boy's parents are overweight. (His teenage brother is not.) For her part, the mother says she enrolled the boy in a local Healthy Kids, Healthy Weight program at a local hospital. She got him a bike. She says she tried to talk to him about what foods to eat. And for a while, he lost weight. Then he gained it back -- and then the county intervened. He was taken from his school last month, and now his mother sees him once a week for two hours. Reps for the county say he has, in the past few weeks, lost "a few pounds."

Was his removal an overreaction or a necessary intervention? In a July piece for JAMA, the Journal of the American Medical Association, Lindsey Murtagh of the Harvard School of Public Health and David S. Ludwig of the Children’s Hospital in Boston recommended "State Intervention in Life-Threatening Childhood Obesity." In the article, they noted, "Improper feeding practices, causing undernourishment and failure to thrive, have long been addressed through the child abuse and neglect framework." If we consider it a social responsibility to step in when a child is being starved, should the same imperative apply if he's overfed? Aren't both forms of malnourishment?

Deprivation, however, has a very different connotation. The notion of being harmed by having too much has generally been too unusual to consider seriously. Now, however, 20 percent of American children between the ages of 6 and 11 are obese -- and approximately 2 million of them are extremely obese.

Public defender Sam Amata said Monday the removal of the Cleveland boy would be challenged on the grounds that he was never "in imminent danger." It should, however, be uncontroversial to say that a 200-pound child – well over triple the average third-grader's weight --- is a child whose health is severely at risk. He needs help, and so does his family. Not diets, not restrictions, but help. Help shopping. Help cooking. Help embracing physical activity.

Yes, parents are responsible for their children. And extreme obesity may be a sign of deeper, more severe issues at home. But it is nonetheless seriously disgusting to see children wrenched from their parents when, at the highest levels, we are represented by a government that has made it abundantly clear it would prefer to pander to the interests of the frozen food industry than reform childhood nutrition. One in which presidential candidates mock children's health initiatives as "nannying." Even the authors of that provocative JAMA story recommended governmental "investments in the social infrastructure and policies to improve diet and promote physical activity among children." It takes a village to raise a child without a body-mass index number in the danger level.

Imagine if you were a little boy, perhaps without the best body image, and you knew that seeing your mom was contingent upon losing weight. Now imagine the over 12 percent of third-graders in Ohio who are severely obese and may now be facing a similar fate. Whatever you think of parental accountability for childhood obesity, ask yourself this: If one child can be removed, what happens to the rest? Who's going to decide which parents of obese kids are neglectful? And who will take care of their health when neither their government nor their families seem to know how?