Is Herman Cain about to drop out? 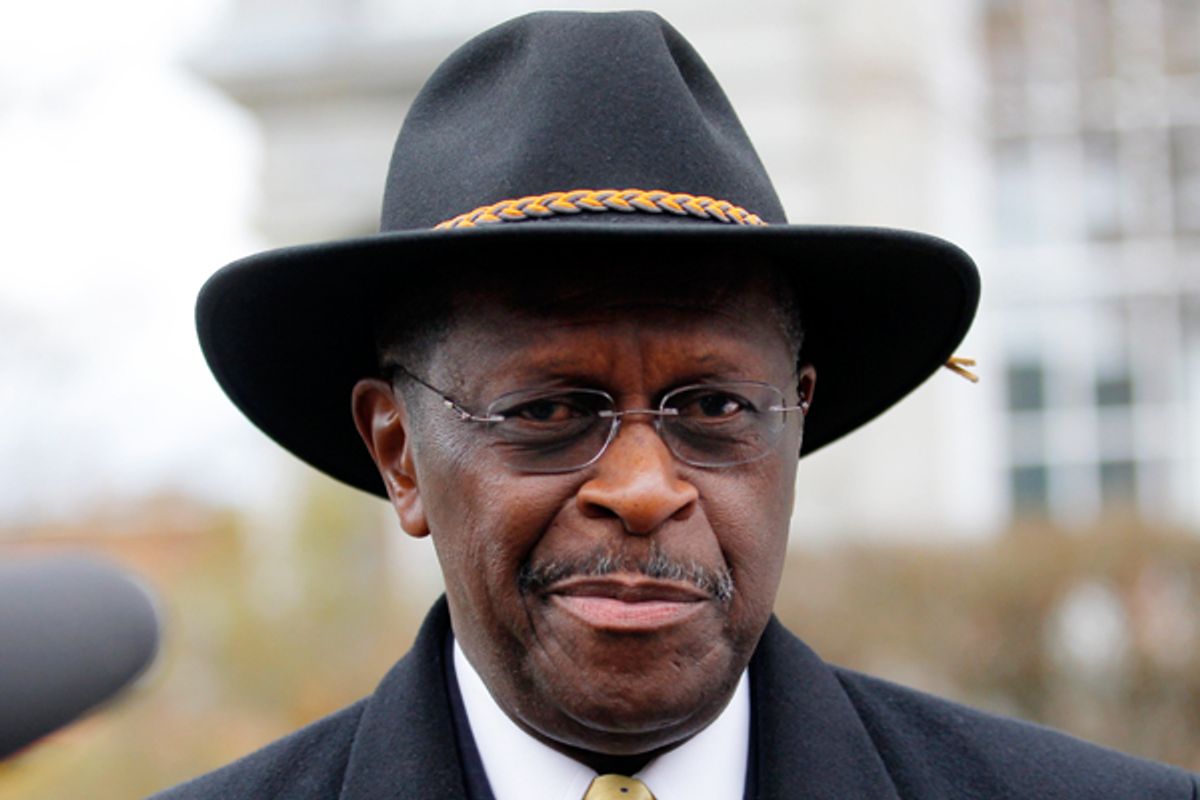 National Review's Robert Costa is reporting that Herman Cain may soon be out of the Republican presidential race:

In a conference call this morning, Herman Cain told his senior staff that he is “reassessing” whether to remain in the race. He told them he will make his final decision “over the next several days.”

This isn't a huge shock, given that Cain was already fading from the political conversation (and in the polls) even before an Atlanta woman went public Monday with claims of a 13-year extramarital affair. After briefly rising to the top of the GOP pack last month, he consistently demonstrated a total lack of readiness for the spotlight that comes with a serious national campaign.

Still, as I wrote this morning, while Cain's support has dropped off in the past few weeks, he's still registering in the mid-teens in national polls and in Iowa and South Carolina, at least according to the most recent data available. If he does drop out, the most likely beneficiary will be Newt Gingrich, who has already supplanted Cain as the main non-Mitt Romney alternative in the GOP race. Of course, even if he doesn't drop out, Cain's numbers are probably on their way to cratering anyway.