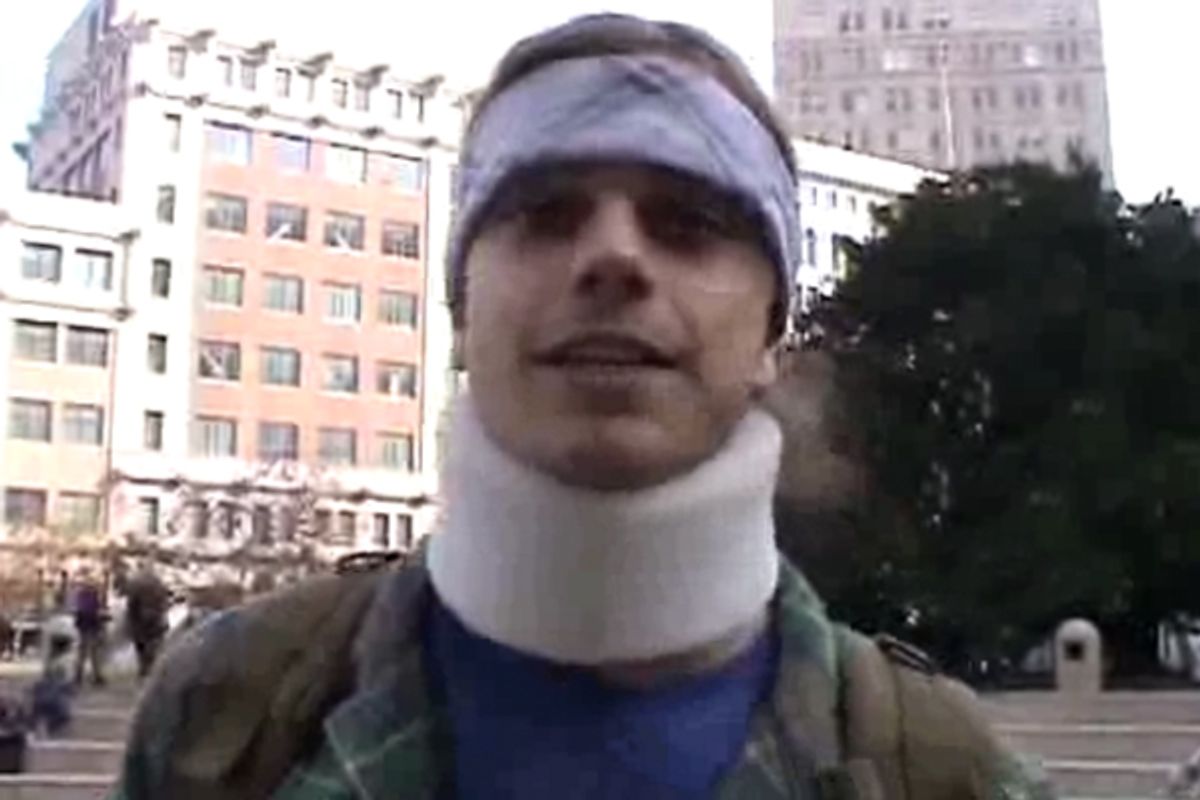 Scott Olsen, the Iraq war veteran and Occupy protester who was critically wounded by a police projectile in Oakland in October, has given his first on-camera interview since being released from the hospital.

"Right now I'm kind of waiting to see what [the police] are going to say about themselves in their own investigation, and to see if they have the integrity required of them," he told Indybay at Oscar Grant Plaza Sunday. He added he has not yet been interviewed as part of the investigation.

He wears a neck brace and speaks haltingly, presumably because of the lingering effects of his head injury.

Asked if he had any message for Occupy protesters and police, Olsen responded:

"To all of them, I would have to say, 'Stay peaceful,' because that's what this is about. Working together, working with one another. And it's about being open with each other. That's how we can solve our problems. "