The \"before I die\" project need not be a maudlin magazine standby. It\'s a reminder to live every day like it counts 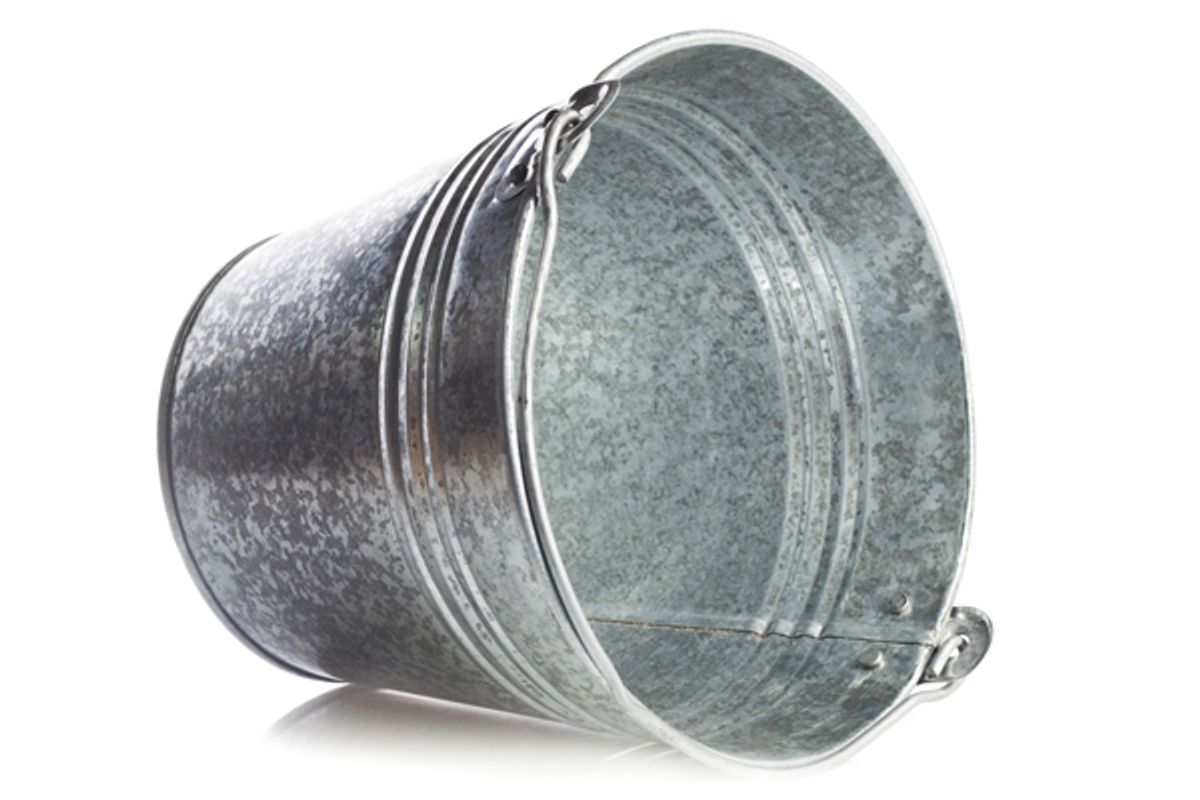 The construction site has dreams of its own -- it will soon be a Shake Shack in Brooklyn. But for now, it's become a wall of hopes and plans for others. Since artist Candy Chang invited passers-by to express what they want to do "Before I die," the Brooklyn wall has become a temporary repository of intimate dreams. Some people long to have kids or build a school; others hope for a threesome or to simply slap former president George W. Bush. The wall is set to come down today, but the dreams will likely prove more enduring -- as has the idea of "the bucket list."

The bucket list, after all, existed long before that Morgan Freeman movie made it a thing four years ago. Wistful goal-setting is as old as New Year's morning, as classic as a Gustave Nadaud poem. In 2003, Patricia Schultz scored a hit with her list of "1,000 Places to See Before You Die." And the "Why you need to do something unspeakable in Vegas and also join the Peace Corps" story is reliable magazine fodder. Chang, the artist, even launched a similar "Before I die" wall in her home town of New Orleans earlier this year. We're all here for a limited time, and we all have stuff we want to do before the great DJ fires up the Donna Summer one last time. We move swiftly from the invincible dreams of youth to the "better get my butt in gear" crises of midlife, ever fueled by the drive to make the most of whatever we've got.

Since being diagnosed with a cancer that has a crappy five-year survival rate, I've cranked up the bucket listing to Tim McGraw-anthem levels. I've gone to the Rockies and to the Wizarding World of Harry Potter. I've visited friends I hadn't seen in years. I've played laser tag. It's been awesome. But I highly recommend not waiting to get cancer to fill in your own ending to the sentence "Before I die, I want to…" Just set about doing it.

But be prepared -- you might discover a few things you hadn't imagined cropping up on the list. Funny things happen when you go about living like you're dying – which, I have to break it to you, we all are. Sure, I've watched the Roller Derby championship in Chicago and scarfed whiskey brownies in New Orleans, but I've learned how many eminently achievable desires were on that seemingly imposing must-do list. I've dropped my dead-weight relationships. I've slept in later. I've watched "Bill & Ted's Excellent Adventure" again. Fulfillment doesn't just come from chasing waterfalls in Costa Rica (though I've done that, too). Sometimes you realize that if this were your last day on earth, you'd tell your friends how deeply you love them. And sometimes you realize -- as Andy did on a recent "Parks and Recreation" -- that priority one is to "make the most amazing grilled cheese sandwich ever."

That's why the bucket list has such universal appeal. It's not just the way that it grants permission to send a wish out to the universe. It's not just that it can be the first step in a fantastic adventure. As Chang says, it's "a reminder to ourselves of what is most important to us." As Chang's walls prove, that priority can be a longshot like "becoming president," a wish as ephemeral as "make Mom proud" or a desire as simple as "dance." There's joy in affirming that we are simultaneously so very big and so very small, that having a great life isn't always about having a big life. Next year, I'm going to the Grand Canyon for the first time. But tonight, I'm crawling into my pajamas and intend to be tucked in bed by 10 p.m. Because before I die, I am living the dream.