Why China and Mexico matter

America's future depends on its relations with these two nations 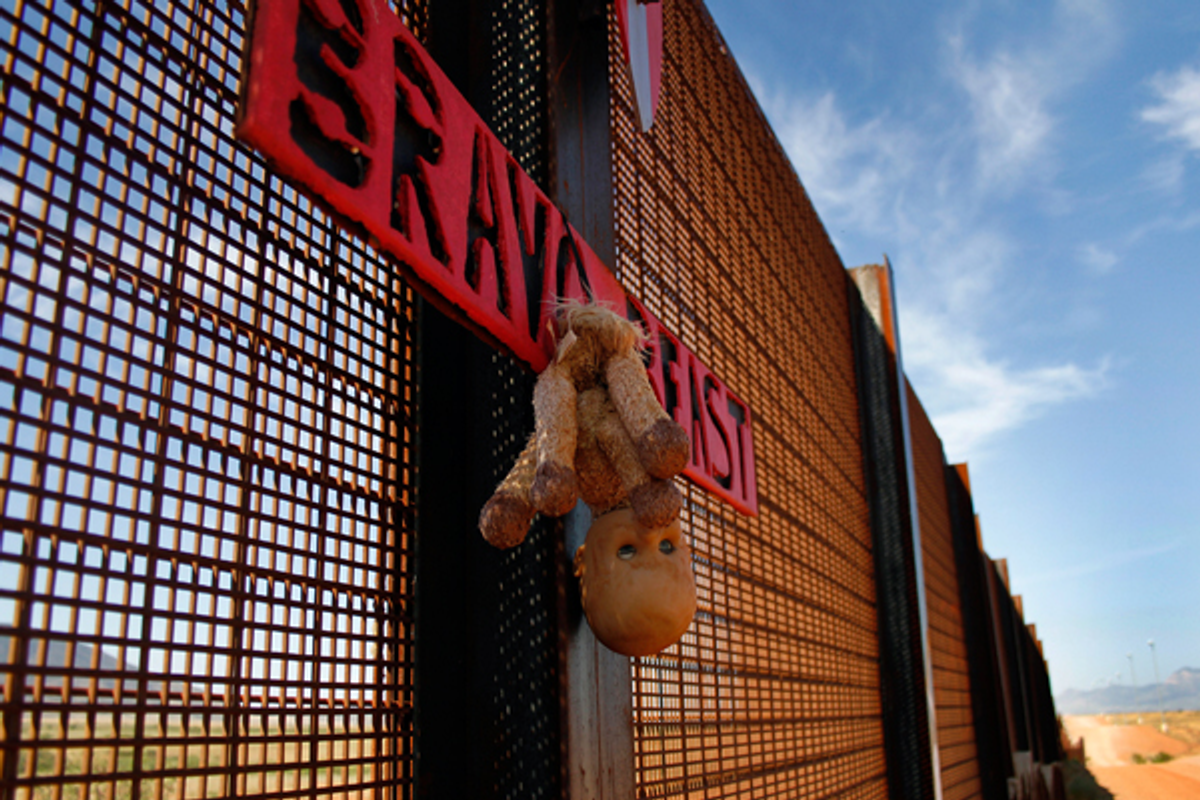 One of the most tiresome games in Washington, D.C., is the search for a new American grand strategy. According to the folklore of the foreign policy community, the American diplomat George Kennan came up with the grand strategy of containment of the Soviet Union that the U.S. followed through successfully until the end of the Cold War. While Kennan indeed contributed the name “containment,” by the mid-1950s he had repudiated the policy and became in effect a conservative isolationist.  Nixonian realpolitik, Carter-style human rights diplomacy and Reagan’s renewed Cold War were quite different. But the myth persists that some Kennan-like genius devised a new grand strategy, be it the “concert of democracies” favored by neocons and neoliberal hawks or the “offshore balancing” preferred by realists.

A much more useful approach was laid out by the journalist and political thinker Walter Lippmann in "U.S. Foreign Policy: Shield of the Republic," which he published in 1943 during World War II. Lippmann spoke of “the order of power,” that is, the relationships among the handful of great military and economic powers that matter the most. In his view of history, American foreign policy has always been defined by America’s relations with other great powers: first Britain and France, and later Germany, Japan and the Soviet Union.

To this might be added a corollary: America’s relationship with Mexico, the other populous nation in North America and one with which, along with Canada, the U.S. shares a 2,000-mile border. Quite apart from the importance of good bilateral relations, American friendship and partnership with a stable, prosperous Mexico is critical to U.S. foreign policy.

Since the 1840s, European great powers have hoped to tie down the U.S. on its southern border. Britain sought to keep the republic of Texas out of the United States, in order to pursue a divide-and-rule strategy in North America. During the American Civil War, France’s dictator Louis Napoleon imposed an Austrian prince, Maximilian, as puppet ruler in a short-lived attempt to turn Mexico into a French colony. In the years preceding World War I, Imperial Germany and the U.S. engaged in a kind of cold war in Mexico, the Caribbean and Central America. The Zimmerman Telegram, in which the German government promised to support Mexico’s attempt to recapture territories lost to the U.S., increased American public support for U.S. intervention against Germany. Franklin Roosevelt’s euphemistically named “Good Neighbor” policy of appeasing repressive dictatorships in Mexico and elsewhere in the hemisphere succeeded in dissuading any Latin American countries from becoming allies of the Axis powers. Later during the Cold War the Soviets found allies in Cuba, Nicaragua and elsewhere but Mexico remained neutral.

For American strategic thinkers, the ultimate nightmares have long been an alliance between a foreign great power rival and a hostile Mexico, or chaos in Mexico exploited by America’s enemies. For the foreseeable future, only China, which is still far from being a superpower, has the potential to become a serious military rival of the U.S., as Britain, France, Japan, Germany and the Soviet Union were in earlier generations. It follows that relationships among the U.S., China and Mexico are much more important to the future of American strategy than the outcome of the Arab Spring or the resolution of the Arab-Israeli conflict or the success or failure of Russia to regain influence in Central Asia or whether the United Kingdom splits up because of Scottish secession. And far more important than the fates of Afghanistan and Pakistan, which are problems more for their neighbors — China, India, Russia, Iran — than for us.

What makes the China Question and the Mexican Question today particularly difficult is the existence of a high degree of economic and demographic integration among those countries and the U.S. Thanks to successful Chinese policies of pressuring multinationals to transfer production to its territory, much of the U.S. industrial base is integrated with China’s factory system. The American and Mexican labor markets are deeply integrated, thanks to legal and illegal immigration as well as trade.

This means that thinking about the U.S.-China relationship and the U.S.-Mexican relationship in simple-minded military terms cannot work.  For example, while a hostile China might be militarily balanced in various ways, it makes no sense to talk about “containing” China geographically. The containment of the Soviet Union worked because the Soviet empire (as distinct from Russia itself) included the populations and economies of its East European colonies. The Cold War ended when the Red Army withdrew from the former empire in Eastern Europe.

But China, like America, is a continental nation-state whose power resources are almost entirely internal. In deriving its military potential from its large internal population and domestic economy, China is like the United States, although less favored with resources. Encircling China with U.S. bases in Australia, Vietnam and northeast Asia will not cripple it but may provoke it.

The excessive militarization of the U.S.-Mexican border would also be a mistake. Ever since the U.S. annexed Texas, California and the Southwest in the Mexican-American War, the smuggling of contraband and human beings has been a profitable trade along la Frontera — so profitable that local officials, in return for payoffs, have turned a blind eye for generations. Today’s Mexican drug cartels are no different in kind from the tequileros who smuggled alcohol across the border during America’s misguided experiment with Prohibition in the 1920s. The repeal of Prohibition dried up much of that business. The legalization of less dangerous drugs like marijuana would reduce, though not eliminate, the border drug trade and the attendant violence.

While border fencing in some areas and beefed-up Border Patrol units make sense, illegal immigration can be checked much more easily on the demand side, by prosecuting American employers of illegal immigrants, than on the supply side, by turning the border into a fortified combat zone. Comparisons between national border fences and the Berlin Wall are nonsense; the former seek to keep unwanted foreign natioanls out, the latter was built to keep citizens from escaping. Even so, for diplomatic reasons it is probably not prudent to create an Iron Curtain between the U.S. and one of the two countries in the world that are most important to America.

America’s foreign policy planners need to think carefully as well about the bilateral relations between China and Mexico, whether collaborative or competitive. China and Mexico, as developing countries reliant on trade for growth, are also competitors.  The relationship between China, which may surpass the U.S. as the world’s largest economy, and Mexico, which like the U.S. has one of the world’s largest populations as well as a large market and abundant resources, is significant in itself. In addition to the Chinese Question and the Mexican Question as viewed by America, then, there is the Sino-Mexican question.

Many proponents of NAFTA back in the 1990s hoped that the treaty would encourage American-based multinationals to offshore production to Mexico, rather than to China or other remote countries, spurring Mexican growth and reducing poverty and illegal immigration. That didn’t happen. But in the event of a serious Sino-American trade war the U.S. might seek to bring back some of the manufacturing it has lost to Mexico and other North American countries as well as the U.S. itself, generating new industrial growth and its spillover effects on both sides of the border.

And then there is energy. To everyone’s surprise, fracking technology has greatly expanded recoverable reserves of oil and natural gas, in Mexico and Canada as well as the U.S. In light of the continued marginal role of renewable energy worldwide, North America has the potential to become even more important in global fossil fuel energy markets. Here there is potential for collaboration among the U.S. and Mexico, as well as Canada — but also competition, if Asian and European powers pit the energy-exporting nations of North America against one another.

These are issues that have not received enough attention from the officials, academics and journalists who debate foreign policy, distracted as they have been, first by misguided American wars in the Middle East and South Asia and more recently by the global economic crisis. To make matters worse, in American public debate complex questions have to be reduced to shouting matches over illegal immigration or trade among demagogic nativists on one side and open-borders, one-world libertarian and leftist utopians on the other.

The future of America will depend to a considerable degree on developments in China and Mexico. But we Americans cannot settle on the right answers until we start asking the right questions.