"After all those allegations about sexual harassment ... it's nice to see Herman Cain going the consensual route" 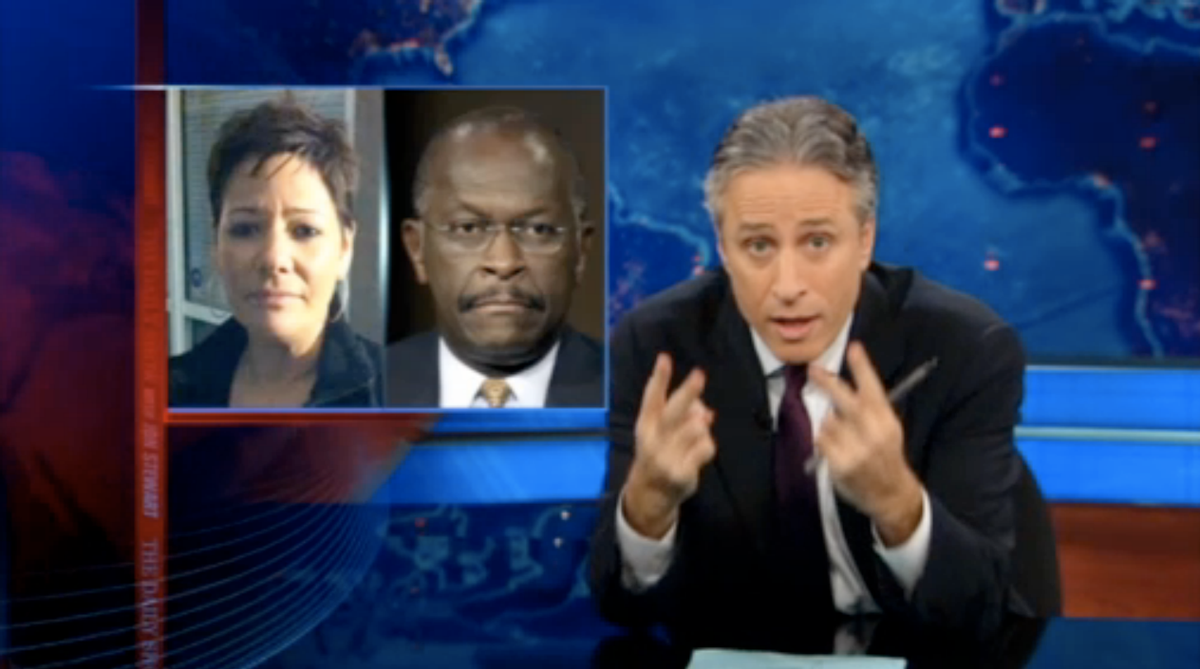 As the sun rose Monday morning, it appeared as if the worst might have been behind the Herman Cain campaign. There had been no new allegations of sexual impropriety in weeks, and the candidate's polling numbers, while waning, were not yet toxic. Then appeared Ginger White, the woman who claims to have carried on a 13-year affair with Cain, one that continued until relatively recently. Cain, for his part, acknowledges a personal relationship with White, but insisted in an interview with Wolf Blitzer that it was purely platonic.

Jon Stewart examined the competing claims of Cain and White on "The Daily Show" last night, and came to the following conclusion:

Wow. Thirteen years, no sex. Either one of these two is lying, or Herman Cain is the worst deal closer in the history of extramarital affairs.