Tales from the other Comic Con

Unlike its San Diego cousin, the Long Beach version is still all about cartoons and graphic novels 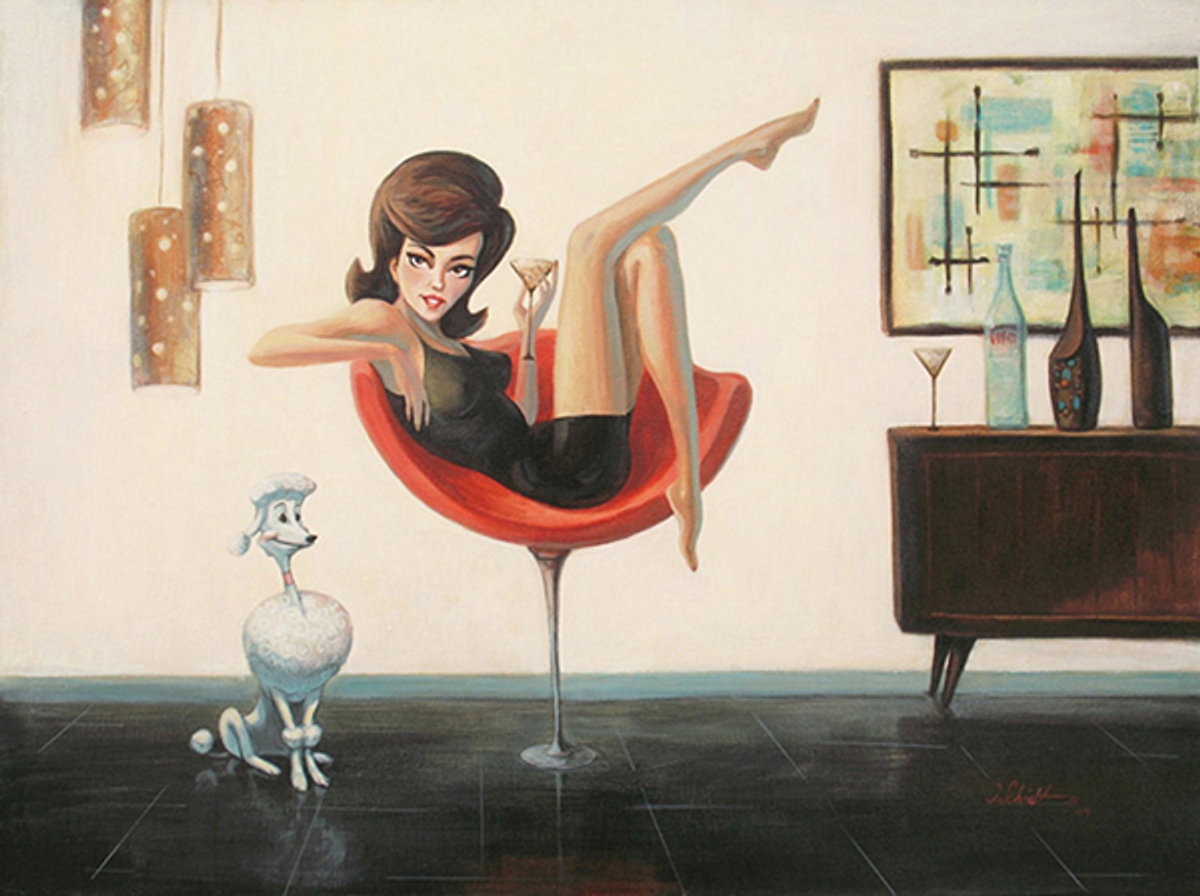 These days, the so-called San Diego "Comic" Con's main attraction is sugary TV and movie confectionery. But if you enjoy graphic novels and cartoons – and, well, scary stuff – you may have attended the recent Comic & Horror Con at Long Beach, Calif.'s Convention Center.

While SDCC has been around for over 40 years, the relatively pint-sized LBHCC just started in 2009. But it certainly doesn't seem new. In fact, it feels downright retro. Sure, it had its panel sessions about "Robot Chicken" and Web comics and "Transmedia." But the longest lines of autograph seekers were for Kevin "Teenage Mutant Ninja Turtles" Eastman and, well, John "Halloween" Carpenter… 1980s, anyone? Hell, there was even a stage for group readings of "The Tell-Tale Heart" and other such classic radio drama performances.

Elsewhere on the main floor, you could find plenty of dealer and publisher booths stacked with all sorts of comics literature, some dating back a half-century or more. And in Artist Alley you could meet 1970s "Swamp Thing" legend Bernie Wrightson and hot contemporary talents like writer/artist/animator Darwyn Cooke, as well as discover up-and-coming creators. And all in a relaxed, human-scale environment. San Diego can keep their crowded halls and obnoxious fanboys.

As a first-timer, the LBCHC experience was all new to me. So here's a fresh, designer eye's view of my top favorites.

Most "Self Sufficient" Artist:
Kenny Keil, with Tales to Suffice

L.A. graphic designer Kenny Keil loves to parody superhero comics. And horror, crime and romance comics. And just about every other comics genre and trope from the 1940s onward. His primary conceit is to turn the medium's typical hyperbolic bombast on its head. For instance, he promotes "Tales to Suffice," a trade paperback collection of his self-published comic book series of "mind-blowing adequacy," as "Quite possibly too much comic!"

Inside the book you'll find an array of absurdities such as a "Professor Wormhole and the Time Posse" story, "Vaguely Unsettling Anecdotes" strips, and a "vintage" ad for making $$$ by "selling soup door to door: it's easy!" I first thought the variety of visual styleswere by a number of different artists. And with Giant-Sized Modesty, Kenny hides his true identity behind a Stan Lee cartoon caricature he calls Morty Finkelman. But it's totally Keil. And totally hilarious. No hype.

Can anyone save us from monopolistic, corporate greed and help restore balance to New York?

Well, certainly not now. But maybe in another forty years. In "Holli Hoxxx's" world it's 2051, and the laws of gravity have been suspended, literally in midair. And Tycho Industries has exclusive control of the devices that keep people grounded. But the more things change, as our heroine Holli notes, the more they float away.

Adam Tinius, half of Tinius Brothers publishing, was at LBCHC to promote their debut comic, the first of a six issue series. Adam wrote the script, 48 pages of fast paced plot progression. And the art, by Italy's Stefano Cardoselli, is stunning. It recalls the early comic book stylings of Frank Miller and Ted McKeever.

With this kind of product and any kind of luck, Tinius could some day turn itself into a big, greedy corporation.

Libraries usually loan books, but at this convention Long Beach Public Library's Youth Services Officer Francisco Vargas and Manager Darla Wegner were giving away shelves of them for free. Attendees could help themselves to everything from a David Sedaris paperback to a "Pirates of the Caribbean" pop-up. My kind of neighborhood outreach!

Francisco explained that reading by teens and tweens is trending upward, and that "most public libraries in the US and abroad are turning to graphic novel formats more and more." Their booth was stacked with Japanese manga-style books like "Croquis Pop." And these were just a few samples of the hundreds of series that have become available for pick up – and return – at LBPL.

Put on your André Kostelanetz platters and pour yourself a highball. Tina Schmidt paints the "Mad Men" era, only without the… madness. She calls her idyllic, iconic, and non-ironic images RetroFusion. It's Shag, only without the stylistic wink.

Tina's canvases and prints depict a swanky, glamorous 1950s and early '60s lifestyle that could only have existed in one's imagination. Not surprisingly, she's Hollywood based. Tina's worked for Warner Bros. and Disney, and was the lead artist and supervisor for Klasky Csupo's "Rocket Power" and "Rugrats."

Prism Comics is an organization with a mission: to support LGBT comics, and to link their creators with appreciative readers. Its booth was selling a rainbow assortment of gay and lesbian comics literature authored by a spectrum of creators, from 1960s underground comix stalwarts such as Howard Cruse and Trina Robbins to Megan Rose Gedris, whose surreal romance Web comic, "Yu+Me," is now available in paperback.

A steady stream of artists dropped by to lend their support to Prism and to chat with visitors. That's where I met Eric Orner, L.A.-based illustrator and creator of the weekly strip, "The Mostly Unfabulous Social Life of Ethan Green."

Eric was excited to hear I was from

Eric introduced me to his latest GN project, "Pini and Jihad." The book will be subtitled "a graphic misadventure in the Holy Land, based on an all-too-true story."

By day, Mark dos Santos is a staffer at Pasadena's Comics Factory, the coolest shop of its kind on the east side of L.A.; Jaime Hernandez and Kazu Kibuishi are regular customers. But at night, and sometimes stretching into the wee hours, Mark pursues his other love: drawing, for a variety of comics publishers.

Mark's been a LBCHC Artist Alley regular since it began three years ago. And as usual, he was doing a brisk business with his posters, mostly lighthearted interpolations of super hero characters into Norman Rockwell and Alphonse Mucha objets d'pastiche.

Pacific deals in two types of comics: vintage strips, of the Rip Kirby and Prince Valiant variety, and imports, both tame and risqué. And at his booth Tony's positioned yellow Post-its® over any naughty bits that might unsettle the eyes of innocent passers-by. But he welcomes over-18 browsers, who are free to rummage through a wealth of innovative, imaginative European narrative illustration, gathered together in one tight spot. His huge stockpile dates back over 40 years: on this visit I unearthed a copy of Linus magazine I'd bought back in 1968.

Below are some comics pages by Milo Manara, Alfred, Anne Baltus, Fernando deFelipe, Vittorio Giardino, Francis Masse, and Guido Crepax. If you're unfamiliar with the languages, feel free to create your own story line.