Who's winning the Fox primary? 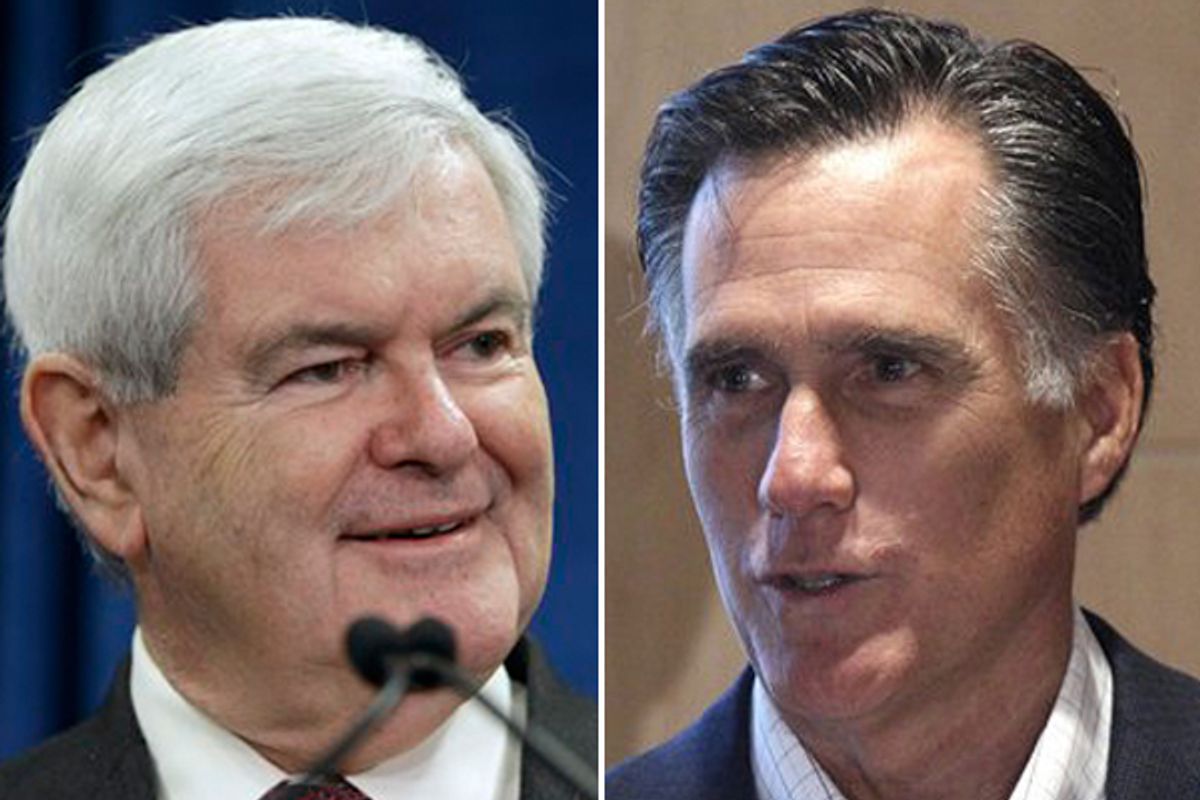 The Republican primary campaign has become a two-man race, with unloved ostensible front-runner Mitt Romney currently suffering the indignity of trailing in the polls to self-satisfied serial adulterer Newt Gingrich. Where does the unofficial communications arm of the conservative movement stand on the race? They're noncommittal, thus far.

We all know the basic facts: A lot of conservatives see Romney as completely unacceptable. The more pragmatic ones see Gingrich as wholly unelectable. Fox News is run by consummate conservative elite Roger Ailes. Ailes has two objectives: Generate ratings and elect Republicans. The Gingriches of the world excite Fox viewers, because of their shamelessness. Romney excites no one, but he'll need Fox's support if he ends up the beneficiary of a Gingrich collapse.

Fox has indulged its audience's brief surges of affection for unelectable fringe candidates, from Trump through Cain, but the channel's always been careful to remind the base that they may eventually have to hold their noses and vote for Romney. Karl Rove, who's already running a shadow campaign against Obama, has made this point explicitly during his Fox appearances.

Romney went from trailing in the Fox News appearances list to getting more uninterrupted airtime over the last week than any other candidate. But Gingrich beat him in minutes the week before. And Newt was just on Hannity last night, where he seemed much more comfortable than Romney did in his earlier sit-down with Bret Baier, a tougher interviewer by any standard.

Watching Fox this morning, clips of Gingrich's Hannity interview were replayed multiple times. Ron Paul's devastating anti-Gingrich ad was excerpted for a minute, followed by a clip of Romney sounding like he believed in anthropogenic climate change.

The network seems, in other words, undecided at the moment, or at least willing to see if Gingrich can pull this out without humiliating himself like he always does. The Rovians may yet win the day, but for now Fox seems to be joining the GOP base in convincing itself that Gingrich is electable.