Looking for great books that embody the American Spring? The King's English has some ideas

By The King's English bookshop 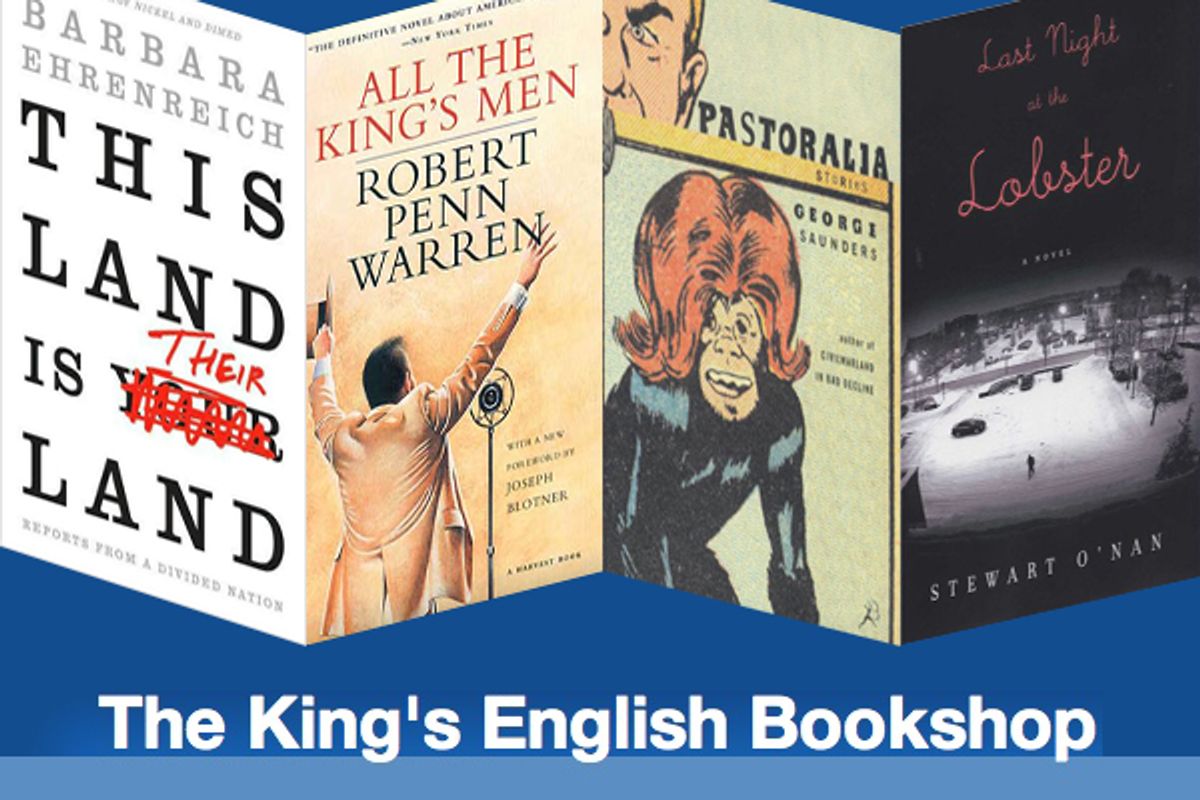 We asked our favorite local bookstores to give us lists of books that fit the American Spring theme. See our previous list, from Changing Hands bookstore in Tempe, AZ here.

About The King's English bookshop:

The King’s English has always been predicated on both an outsize passion for books and the notion that the ideal bookstore should be a comfortable, welcoming place to browse. Our books are housed in a warren of small rooms each possessed of a table, chairs or a bench, and rugs to add color. Our booksellers are not only as friendly as they are knowledgeable but also are skilled at the fine art of bookselling  — i.e., matching books to people.

But who knew that, in addition to welcoming customers and then sending them away happy, we’d need to learn the subtle arts of politics and community organizing, of entertainment and education, of cross-marketing around Salt Lake and involving everyone from government officials to the public in our struggle to sustain our business? Once national chains came to town, necessity taught us a host of survival skills that involved seeing the world through others' eyes and helping others see the world as we saw it. One such skill was community organizing around the idea of “local,” convincing governments and the public that we share the same viewfinder — that love of community is a common ideal. We helped to start and have long been at the heart of an organization designed to foster this goal, Local First Utah, which now has over 3,000 business partners. We also gradually learned the fine art of fabulous events so that publishers would send ever-bigger authors our way. People now flock to TKE for events and classes and book clubs, flock to our neighboring businesses where we hold joint events, so that in yet another way we are at the very heart of our community. And we began to learn the political ropes when the so-called Patriot Act threatened reader privacy and then again when Obama’s healthcare initiative proposed tax credits for small businesses that insure their employees (we do); now, as Internet retailers’ failure to collect tax on sales creates an un-level playing field on which we can’t hope to compete, we are once more effectively involved in the political process — again, for our survival.

Thus we find ourselves not mere booksellers but community organizers as well, not mere retailers but politicians and impresarios, our ability to adjust based on one important skill: the ability to climb into others’ shoes to walk a mile or two, to see the path from their point of view, and perhaps to help them to see the path from our perspective as well. We must all learn to share a common point of view — a community point of view — something the world seems to be rapidly losing. Political activists out of necessity, we remain booksellers at heart. Books are and have always been our passion; they give our lives — and our work  — meaning.

MORE FROM The King's English bookshop