Is the bailed-out banking behemoth too big to fail our challenge? What do you think? 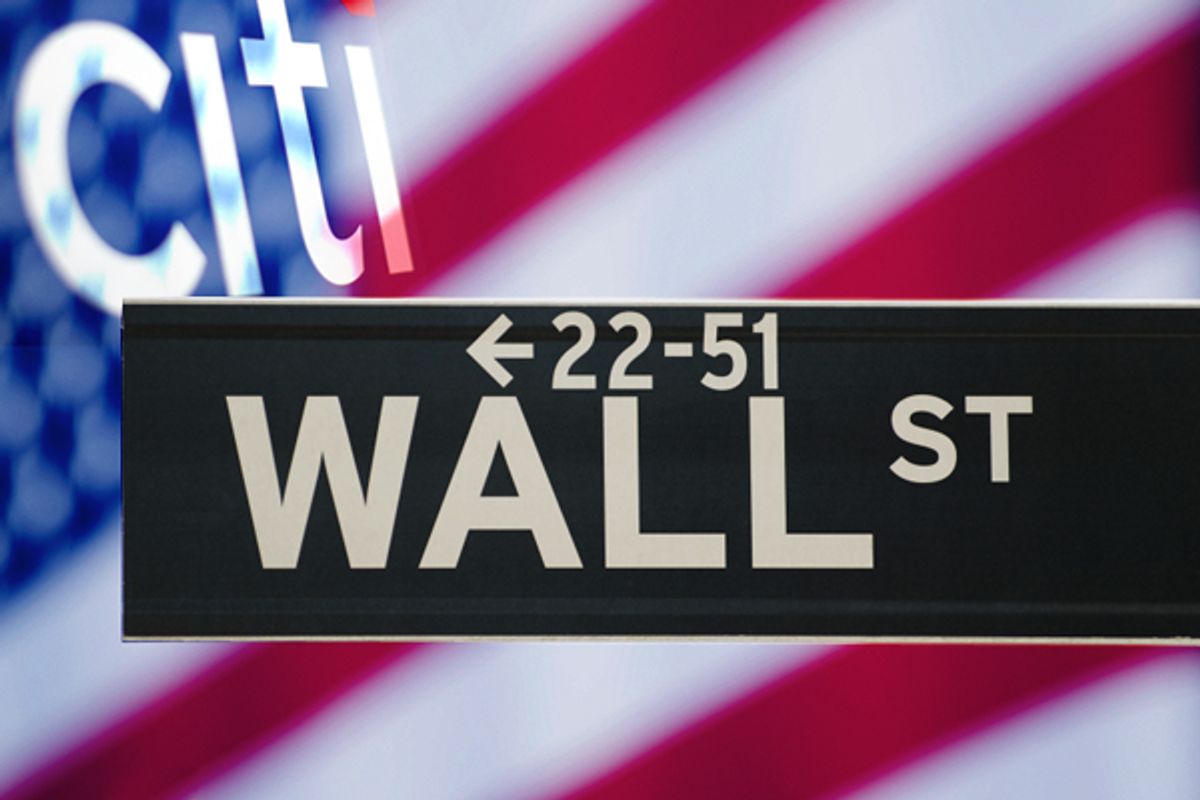 In the realm of corporations that play an oversize role in the civic and economic life of the United States, it's hard to think of a better choice to kick off Salon's Corporate Citizenship Challenge than the gargantuan Citigroup Inc. As announced last week, we're starting off our corporate reviews with a look at the companies that benefited the most from government bailouts -- and Citigroup stands right near the head of that list.

From every angle, Citigroup demands attention. The multinational financial services company boasts 260,000 employees and operations in 140 different countries. In 2010, it reported total global revenues of $86 billion. Citigroup was a key player in the irresponsible mortgage-backed-security wheeling-and-dealing that precipitated the financial crisis, and of all the banks that gorged at the federal trough, it required one of the largest dispersals of government funds in order to stave off collapse: $45 billion in direct loans and share purchases, and another $300 billion in guarantees insuring it against the potential failure of its toxic securities.

But what does this all mean in terms of good citizenship? The goal of the Corporate Citizenship Challenge is to evaluate our targets along a series of metrics: job creation, dollars spent lobbying, total taxes paid, executive compensation, outright criminal activity impact on the environment, and others. How does Citigroup rate?

Let's start with (potentially) criminal activity, for the simple reason that Citigroup is very much in the news this week -- on Monday, a federal judge rejected a $285 million settlement between the SEC and Citigroup on charges that the bank purposely misled investors in a mortgage fund created in 2007.

The issue at hand is whether Citigroup intentionally filled the fund with securities that it knew were junk, a practice that the SEC considers fraud. Under the terms of the settlement, Citigroup admitted no guilt, but agreed to a fine and promised never again to break the law in a similar way. The judge, however, decided that such promises to be good are essentially worthless. And for good reason: The evidence, in Citigroup's case, proves that the company is a repeat offender. In 2000, 2005, 2006 and 2010, Citigroup made the exact same avowal when agreeing to settlements with the SEC on accusations of fraud. Until executives start going to jail, or the financial penalties make a meaningful impact on Citigroup's bottom line, there's no reason to assume the bank's behavior will ever change.

The best evidence of this comes from Citigroup's behavior after the bailout. Even as taxpayer dollars were keeping Citigroup afloat, the company's mortgage unit was guilty of irresponsibly sending thousands of American homeowners into foreclosure without following rules designed to protect those homeowners from being illegally forced out of their homes. An April 2011 "formal enforcement action" issued by the Office of the Comptroller of the Currency determined that Citigroup had engaged in "unsafe and unsound practices related to residential mortgage loan servicing and foreclosure processing."

But that's hardly the only mark against Citigroup on the corporate citizenship permanent record:

Executive compensation: In 2009 and 2010, Citigroup CEO Vikram Pandit performed his duties for a token salary of $1. But as soon as Citigroup had paid back its bailout loans, Pandit was amply rewarded with a stock-and-cash deal worth $23.2 million, spread out over four years. The so-called retention package comes on top of a base salary of $1.75 million, and doesn't include bonuses.

Job creation: On Nov. 16, just one month after reporting a net profit of $3.8 billion in the third quarter of 2011, Citigroup announced that it would lay off 3,000 employees. Measured against a total staff of 260,000, the number may seem like a mere pittance, but it does raise some uncomfortable questions: Surely a company that can afford to pay its CEO a $23 million "retention" package can't be hurting that much?

Citigroup maintains a lavish website tooting its own corporate citizenship horn. There's even a personal letter from CEO Vikram Pandit.

Banks are an integral part of every economy and every society. Our role is not merely to further people's material well-being -- though that is vitally important. The value of banks runs deeper. Human rights and democracy reach their full potential only where there is economic inclusion for all. That in turn requires financial inclusion -- access to basic financial products and services.

Our approach to Citizenship is part of the unifying idea on which we have structured our bank in the wake of the financial crisis. We call this Responsible Finance. The purpose is to make sure our actions are in the interests of our clients, create economic value and are systemically responsible.

Over the past 10 years Citigroup has spent $62 million lobbying Congress for changes in financial sector regulations that make a mockery of the idea of "economic inclusion for all." The company doesn't pay its fair share of taxes, rewards its executives with exorbitant compensation, played a key role in crashing the U.S. economy and has abusively manipulated the foreclosure process.

On the Salon Corporate Citizenship Challenge report card, there can be no other conclusion: Citigroup is no longer too big to fail. Citigroup gets an F.