Katie Roiphe discovers the Internet can be mean 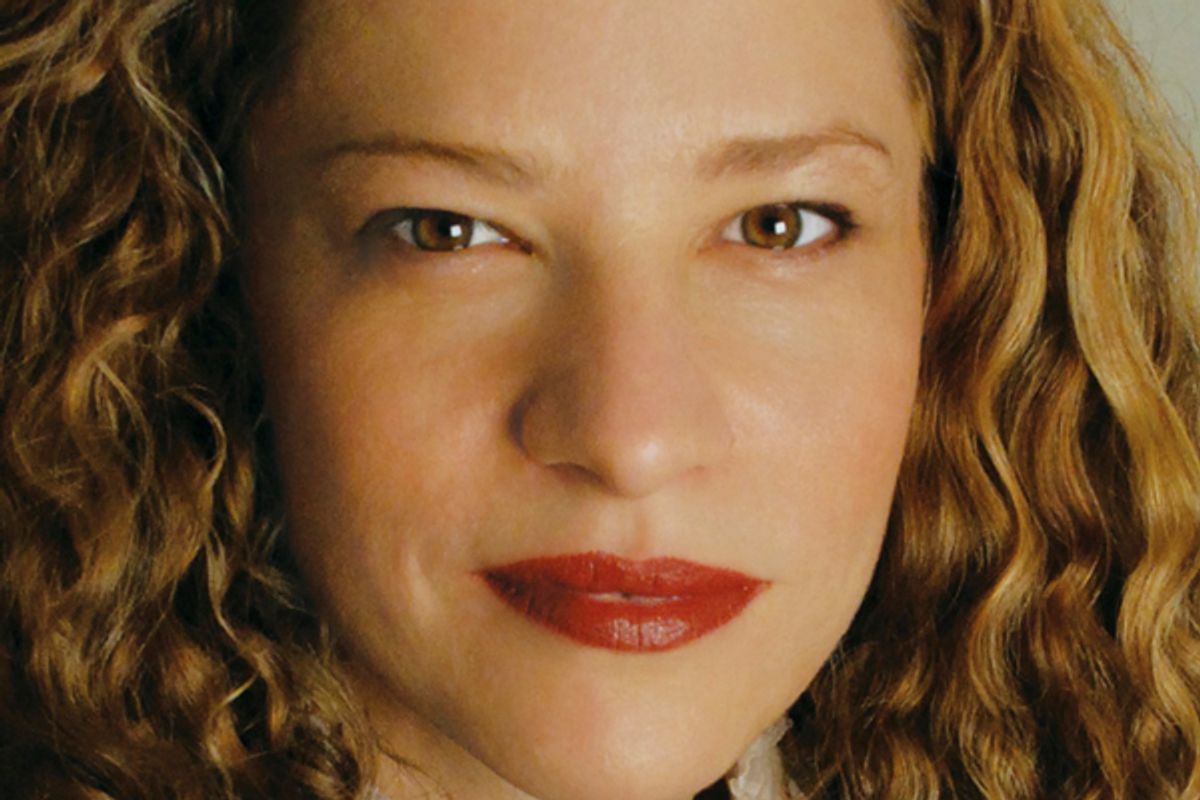 What a peculiar, delightfully retro bubble Katie Roiphe inhabits. In her world, sexual harassment is just a little joshing around the office. Last month, she realized that gentrified neighborhoods are still sometimes kind of edgy. Now, in her latest column for Slate, Roiphe has discovered "a new species" on the Internet, "a new breed" of individual -- the angry commenter. Whoa, whoa, whoa, there Katie – who else knows about this? In other breaking news from 1994, people like expensive coffee and lesbians can be chic.

Roiphe's piece discusses how "the anonymity and speed and stamplessness of the Internet has unleashed a more powerful and uncontrolled vitriol ... the bile unloosed, flashes of fury and unexamined rage that pass as comment." Roiphe seems to be against this. And while she does manage to get through an entire piece without once mentioning her Princeton degree or her "honey-colored, wide-planked floors" and "white-marble fireplaces," she devotes considerable attention to online trolls who take issue with the "fantasy" of a writer's "privilege."

"Assuming the commenter does not live next door to the writer and is not the writer’s sister or best friend," she writes, "one wonders a little how the commenter is quite so confident about the content of the writer’s bank account." I don't know, maybe someone picked that up from a column about how the writer lives in a neighborhood "that sells beautiful Dutch bikes for $1,800."

At this point, expecting anything less than out-of-touch, look at meeee! observations from Roiphe, whom a colleague recently described as "the hamster dance of American thinkers," would be like expecting a coherent sentence from Rick Perry. We could do a regular "Ridiculous Things Katie Roiphe Has Said Recently" feature and never run out of material. Or, no doubt more wisely, we could ignore her altogether.

But this latest piece merits special calling out, for a variety of reasons. First and foremost, because people have been douchey on the Internet forever. This is not "new." I wrote about something we used to call "flaming" for Salon 15 years ago, when I was already long battle-scarred from Usenet. It's not that the subject itself isn't still relevant. The harrowing amount of online bullying and vicious, anonymous drive-by cruelty is a major problem, one that often has severe, real world consequences. Many of us who dwell in the online world are stunned on a consistent basis at how appalling a place it can be, even as we gratefully acknowledge its stunning capacity for support and kindness.

But Roiphe's piece isn't about cyberbullying. It's about people who don't like her. She doesn't come out and admit that, but it's about commenters who don't like those "privileged" writers and how, though "I haven't admittedly done a scientific study, it’s my impression that angry commenters are a little harder on women."

I know all about uppity commenters on this here Information Superhighway thing. Gawker recently crowned me Salon's own "punching bag," which, if you've read the stuff some of our other writers get, is quite an accomplishment. Most of us prefer more thoughtful criticism than "you suck," but it's not exactly headline-worthy when it doesn't happen.

Which brings us to a larger point. Seriously, Katie Roiphe, we get that people on the Internet have hurt your feelings, but this is getting awkward. Earlier this year, Roiphe wrote how she was "battle weary" after Ayelet Waldman – whom she referred to backhandedly only as "Mrs. C" (she's married to Michael Chabon) -- did some "vicious tweeting" about her, and about the overall "nasty rumors, the lies, the blatant attacks, the vengeance circulating, the trivial and contentless nastiness breeding more, the jealousy, vanity, thwartedness finding expression" of the Internet.

Then, in October, Roiphe railed against Gawker and the "autopilot schadenfreude" it has directed against, yes, her. You know, for someone who wrote in the New York Times just three weeks ago that "the majority of women in the workplace are not tender creatures and are largely adept at dealing with all varieties of uncomfortable or hostile situations," who suggested that "maybe it’s better to live and work with colorful or inappropriate comments, with irreverence, wildness, incorrectness, ease," does Roiphe just seem a tad … wussy?

There's something almost painful in the profoundly unself-aware yammerings of someone clearly so unnerved by readers who get "some small thrill in hating something," when that's Roiphe's entire raison d'etre. You can't fully blame Katie Roiphe for being so clueless. But every new missive generates the same unease you feel watching the tone-deaf mortify themselves on "American Idol" auditions. People don't read Katie Roiphe pieces for her insights. They read them because someone else told them, "Oh my God, you won't believe the bottle of whine she opened up this time." Which is Internet buzz gold, as her cynical editors must know. What's the sound of traffic-thundering, page view clicks galore? It sounds exactly like the exasperated comments under a Katie Roiphe piece. She may rage against the trolls, but what on earth would her career be without them?