"Arrows of the Night": The man behind the Iraq War

The story of how Ahmad Chalabi bamboozled the U.S. into Iraq is like a great spy novel. Too bad the blood is real 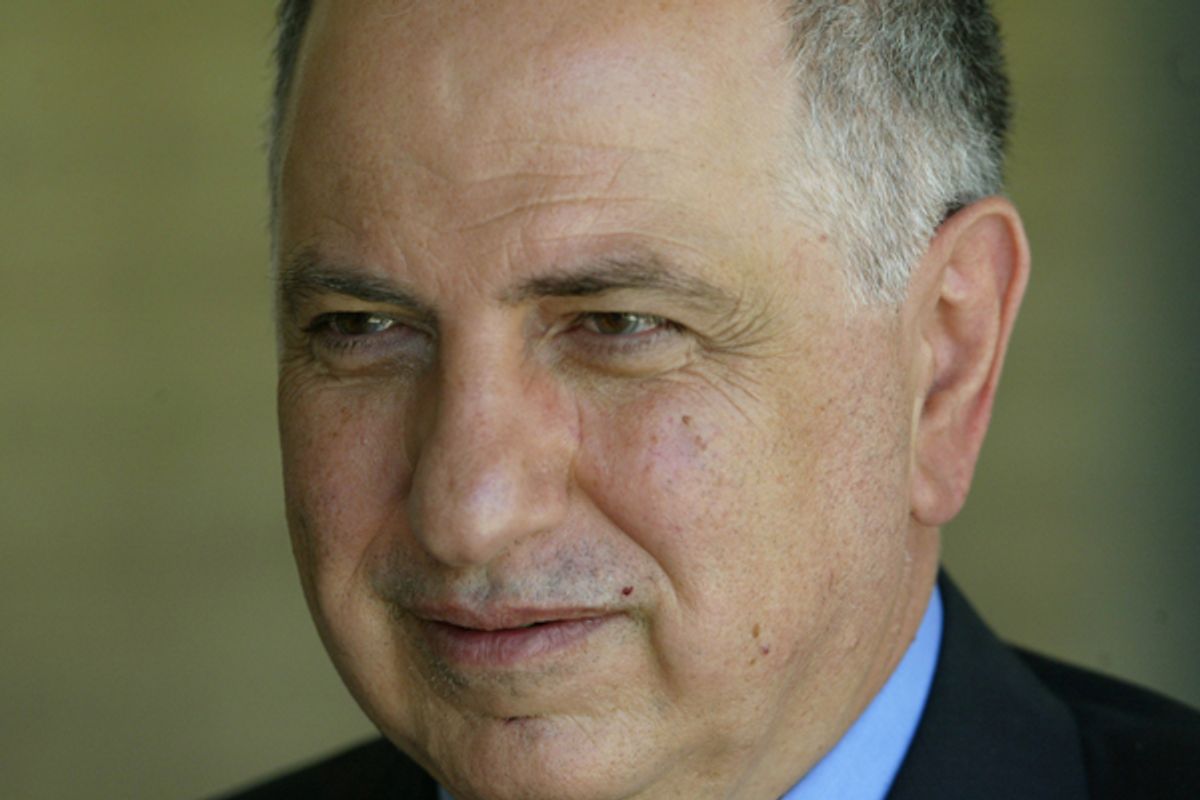 In the saga of Ahmad Chalabi, fact and fiction mingle promiscuously until they become a disorienting blur. Just how responsible was the exquisitely tailored Iraqi exile and one-time darling of Washington neocons for coaxing the U.S. into the Iraq War? What exactly is the nature of his relationship with Iran? How much of the millions of dollars in funding that American intelligence agencies gave him over the past several decades was ever used for its intended purposes?

Back up for a long shot, however, and a different fact vs. fiction dilemma comes into focus: Is Chalabi, that consummate politician and schemer, a scoundrel or a hero? That's a question that Richard Bonin's new book, "Arrows of the Night: Ahmad Chalabi's Long Journey to Triumph in Iraq," probes with wincing persistence.

Bonin, a producer for "60 Minutes," knows what it is to be Chalabi-ed. During the build-up to the Iraq War, he and Lesley Stahl did a report featuring an interview with an Iraqi defector who claimed to have personally purchased refrigerated trucks to serve as Saddam Hussein's mobile biological weapons labs. Bonin checked those claims with "a senior UN official who had detailed knowledge of Saddam's WMD program," and was told they were "credible." The defector turned out to be fabricating. The person who delivered up this man and other bogus informants to American officials and journalists was Ahmad Chalabi.

This isn't the first book about Chalabi (Aram Roston's well-received "The Man Who Pushed America to War" came out in 2008), and you can see why; he is a terrific character, worthy of John Le Carre or Graham Greene. To read "Arrows of the Night" -- an account, studded with juicy quotes, that perfectly balances information and narrative, supplying just enough background to make each participant's motives clear without lapsing into wonkiness -- is to feel strangely torn. It's appalling to contemplate the real-world consequences, for both Americans and Iraqis, of Chalabi's quest to replace Saddam as the leader of Iraq, but it's also difficult to escape the gravitational pull of his story.

Chalabi is, in many respects, exactly the sort of guy people root for in books and hokey Hollywood movies: an underdog seeking to free his beloved homeland from a tyrant, as wily as Odysseus, as resourceful as Tom Sawyer, as determined as the Count of Monte Cristo. He did it for his father, a proud man brought low and cast into exile by the Baath Party coup of 1968 and he did it for his people, who were truly suffering. He followed his dream! He never gave up! The magnetic qualities of Chalabi and his story make for an account of the Iraq War that reads like a spy novel. If only the blood weren't real.

Living in opulence before the coup (Ahmad's father once gave him a swimming pool as a birthday present), Chalabi's family nevertheless identified with Iraq's downtrodden Shia majority; Ahmad's quest for personal power was always wrapped in a notion of retributive justice for his co-religionists. Highly intelligent and cultured, and possessed of legendary charm, Chalabi employed a strategy for achieving his goals that had benefited his clan for generations. This involved, as Bonin puts it, "identifying centers of power and then ingratiating himself with them or insinuating himself into their good graces."

He did it at boarding school in England. He did it as a young man in Jordan, running the Petra Bank and extending handsome loans to members of the royal family. He did it with the CIA, persuading the agency to back the Iraqi National Congress (a self-styled "government in exile") in setting up an outpost in Northern Iraq. He did it in Washington, D.C., securing powerful protectors among the neoconservative players of the George W. Bush administration and feeding information to national journalists. And he did it in Tehran, winning over an influential ayatollah by imploring, "Your eminence, what I want is that you join us in fighting Saddam with the arrows of the night" -- a reference to the Shia notion of the specially blessed piety of the oppressed.

With the (possible) exception of the boarding school, all of these associations ended in disgrace, betrayal and recrimination. The overextended Petra Bank went belly up and Chalabi had to flee across the border in the trunk of a friend's car. (He was convicted in absentia of fraud and other crimes.) His overly ambitious military shenanigans in Northern Iraq almost pushed the U.S. into a regional war and earned him the undying enmity of the CIA and the State Department. True, his ingenious ability to play on the intellectual hubris and imperial ambitions of the neocons did succeed in ousting Saddam Hussein from power, but when Chalabi arrived in Baghdad, expecting to reap a position as Iraq's leader, his lack of any popular following made that impossible. Even Iran ultimately decided he was too secular for their plans.

Still, "never has anyone parlayed such a weak hand into such a momentous outcome as he," Bonin writes, and it's fascinating to see how Chalabi did it. He understood American politics better than most Americans, succeeding at getting what he wanted even when huge swaths of the policy establishment regarded him as a rank con man. When it was discovered that he'd leaked crucial information to the Iranians in postwar Iraq, and George W. Bush demanded that he be cut loose, Chalabi's supporters in the Pentagon (Paul Wolfowitz was especially zealous) even tried to stonewall their own boss. "Backing Chalabi was even more important to them than following the direct orders of the president of the United States," marvels one CIA staffer.

But if Chalabi is devious, Bonin does not hesitate to point out that he was far from alone in that. Chalabi granted Bonin over 60 hours of interviews, and while it's hard to imagine he'll be pleased by the results, "Arrows of the Night" does show how things looked from the Iraqi exile's perspective. Almost everyone Chalabi double-crossed -- from the CIA to the Bush administration -- was also planning to use and discard him. "He did not view his cause as subordinate to that of the United States," Bonin explains when recounting one early scheme, "and he certainly didn't consider himself a CIA asset. To the contrary, 'I saw them as an asset that I could use to promote my program.'" And as far as he was concerned, his motives with regard to Iraq were far more admirable than those of the Americans.

Unfortunately for Chalabi, the one entity he never succeeded in winning over was the Iraqi people. He "may have done more than any other Iraqi to rid the country of Saddam Hussein," Bonin writes, but he failed every electoral test thereafter. In 2004, a poll found him to be Iraq's "least-trusted public figure." Whatever his skills in mesmerizing the rich, powerful and influential, Chalabi lacks the common touch.

It's not hard to see why. This is a man who counts among the great traumas of his childhood the sight of his father making rice. The horror! Today, living in a walled compound in an affluent Baghdad neighborhood, Chalabi retains servants to hold his cellphone and eyeglasses when he's not using them, and enjoys the energy supplied by "three massive generators" while the city's other residents have only a few hours of electricity and running water per day. (Bonin describes this setup as "Chalabi in full pasha mode.")

So much for the scrappy underdog. Perhaps history, as Bonin remarks, has finally passed Chalabi by, leaving him to savor a "victory" for the Iraqi people that leaves him permanently sidelined. Then again, there's that unnamed CIA official, quoted by Bonin, who warns, "Until you put a bullet through the man's heart, don't count Ahmad Chalabi out. He will always come back."