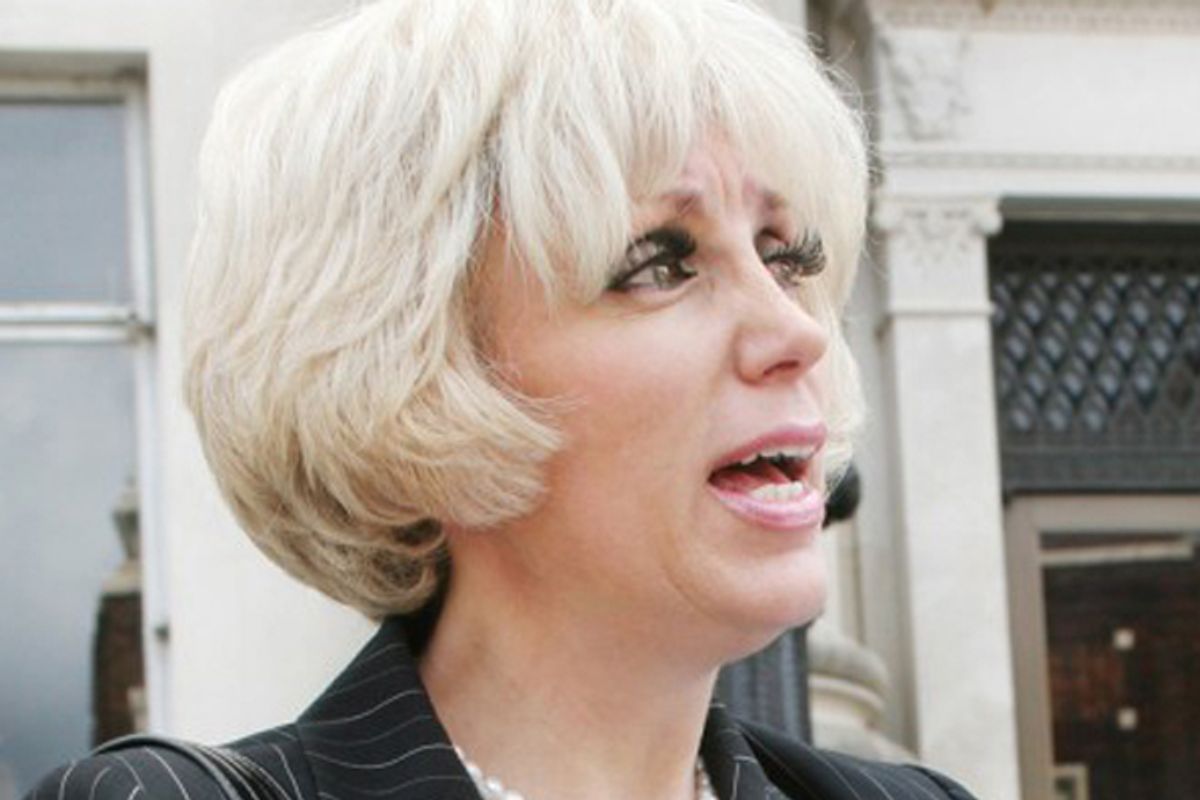 A remarkable story has been unfolding in New Hampshire just below the national radar: No fewer than nine state representatives are openly supporting birther Orly Taitz’s effort to get Barack Obama off the ballot because they believe he is not a citizen.

I wrote late last month about a contentious hearing at the New Hampshire Ballot Law Commission featuring lawyer/dentist Taitz and a pair of Republican representatives -- Harry Accornero and  Susan DeLemus -- who were furious when the panel voted to keep Obama’s name on the ballot.

But it turns out that there are at least nine elected Republican reps who have lined up behind Taitz’s effort, signing a Nov. 17 letter attached to an election law complaint against Obama.

I’ve obtained a document from Taitz and posted it in full below. The text above the nine signatures is faded but reads:

“We are greatly concerned in regards to undeniable evidence of Mr. Obama using CT Social Security number 042-68-4425, which was never assigned to him … as well as evidence of forgery in the alleged certified copy of the long form birth certificate of Mr. Obama.”

A meeting between the representatives and the Republican House speaker, Bill O’Brien, was canceled late last month amid concerns about unruly behavior by some of the representatives at the ballot commission hearing, which is now under investigation. And House Majority Leader D.J. Bettencourt has attempted to distance his caucus from the birthers, calling out their “ridiculous … continued obsession over President Obama’s birth place,” the Concord Monitor reported.

Meanwhile, the Monitor published a blistering editorial on Friday calling out the nine representatives by name:

Later, when the ballot commission unanimously denied Taitz's request, pandemonium ensued. Shouts of "treason" could be heard. Accornero rose from his seat and began shouting, "Why don't you rip up the Constitution and throw it out. You all should be accused of treason, and we'll get people to do that too." He went on to call Obama a treasonous liar and warned Mavrogeorge that he'd "better wear a mask" when he came to Laconia.

The video is being aired nationally, and the unruly representatives have brought shame on the institution they serve and the state of New Hampshire. They deserve the censure of their colleagues. They also deserve to be replaced by voters.

Taitz tells me she is preparing a petition to the state Supreme Court on the ballot issue and that "there were others who supported me as well" -- but their names are not public.

UPDATE: In case there was any doubt that birtherism remains a live issue in the GOP, future primary debate moderator Donald Trump is still raising questions about the authenticity of Obama's birth certificate.