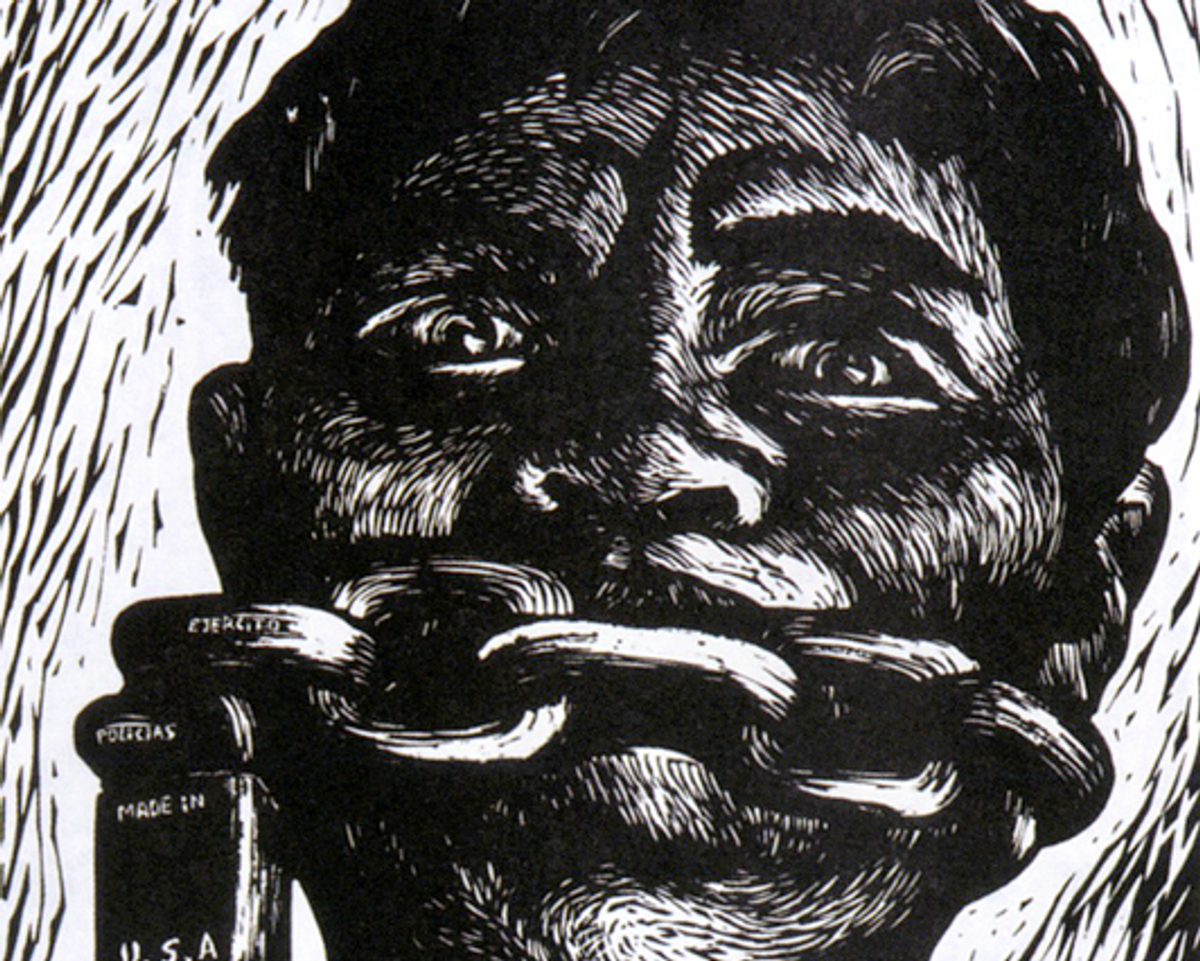 The posters beckon us to unite against economic inequality, exploitation and oppression. They could be signs from an Occupy rally, or even from AIGA's recent national conference [right]. But at Cal State Long Beach they're part of Peace Press Graphics 1967–1987: Art in the Pursuit of Social Change. Organized by the University Art Museum and the Center for the Study of Political Graphics, the exhibit is part of L.A.'s six-month Pacific Standard Time extravaganza.

Over 100 posters, fliers, and other ephemera tackle a multitude of issues. They protest imperialism, apartheid, corporate greed. They promote black power, women's lib, union solidarity, gay pride. Design quality ranges from the urgent slapdash to the powerfully iconic. Among the latter is an exuberant graphic celebration of Deena Metzger's triumph over breast cancer, photographed by Hella Hammid and designed by Sheila Levrant de Bretteville [below].

In the summer of 1967 Jerry Palmer was a UCLA physics student and SDS member. He invested $250 in spare parts and rebuilt an AB Dick 320 press. In the fall he created Resist! [above] for a "Stop the Draft" event, using his own handprint. His operation soon evolved into a printing collective that produced material for commercial as well as progressive clients.

The works on display are graphic snapshots of a city in flux and upheaval. For instance, the exhibition catalog describes Tourist Guide to Target L.A. [detail: right] as "… a sardonic appropriation of Los Angeles's ubiquitous tourist maps to address issues of nuclear research, production, and storage sites throughout Southern California.

"Sponsored by Artists for Survival, part of Los Angeles's Alliance for Survival (an antinuclear group), the poster was used in antinuclear advertising campaigns that took place throughout the city during the early 1980s. It identifies potential nuclear targets for enemy missiles."

Produced during escalating tensions between the U.S. and the U.S.S.R., the poster "… expressed the fears of antinuclear activists while educating the Los Angeles community. In addition to depicting the city as a target for destruction, the map also draws attention to the far reaching realities of nuclear warfare – dangerously close to home."

You can hear more about the artworks by taking one of the Museum's guided tours, which began on Sunday. And if you're not otherwise Occupied you can even stay around for the evening reception, in commemoration of activist art and social change. And by the way, all of the above is free.