Sometimes you can't "save the ta-tas" 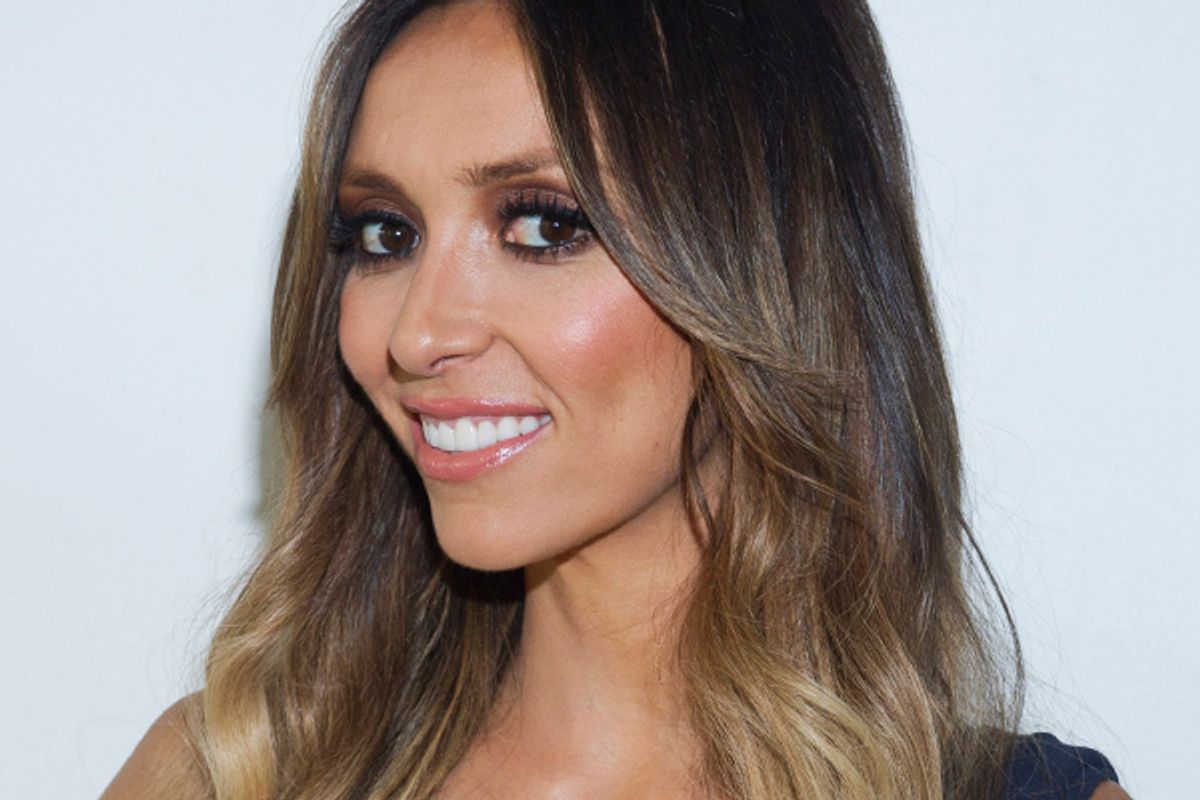 It's a public conversation too many women have had lately. In the past few days, Forbes blogger Susannah Breslin and Boing Boing's Xeni Jardin have shared their diagnoses of breast cancer. Earlier this year, Wanda Sykes was likewise diagnosed and  underwent a double mastectomy. Now, E! host and reality star Giuliana Rancic, who disclosed her own breast cancer diagnosis in October, is speaking frankly about her choice to undergo a double mastectomy.

Rancic has made a career of destigmatizing tough – and often taboo -- health issues. She's chronicled her fertility struggles, a miscarriage and multiple rounds of IVF on"Giuliana & Bill." That quest to become a mother is a big part of her decision to take an aggressive line on cancer. Speaking on the "Today" show Monday, Rancic explained that an earlier double lumpectomy had not been entirely effective, and why she's taking more drastic action.

"If I'd chosen to just do another lumpectomy and then do radiation, and then do anti-estrogen therapy, which means two to five years of medication, that basically puts me into early menopause," she said. "Then I would have to put off having a baby for several years. So that was something we took into account."

Despite the pink-ribboned ubiquity of breast cancer in our consciousness, the difficult and emotional tradeoffs of treatment are still tricky to talk about. We may be shrouded in October gluts of rah-rah empowerment, but the ways in which cancer can cut to the core of female identity are sometimes pushed aside.

Generations ago, a breast cancer diagnosis was even more ominous than it is now, and radical surgery was the go-to option. Back then, trailblazers like first lady Betty Ford and NBC correspondent Betty Rollin took the sticky, oversexualized subjects of breasts and breast health and brought them into public consciousness. In her memoir "First, You Cry," Rollin admitted to initially feeling "ugly and freaky" after a mastectomy, and showed that grieving for a lost body part isn't tantamount to ingratitude for healing.

That concept is still not an easy thing to reconcile – and in some ways, it's harder than ever. Thanks to awareness campaigns and early detection, more women are surviving cancer without mastectomy, and without compromising their childbearing ability. But breast cancer campaigns now are so wrapped up in the notion of "saving the ta-tas" and how awesome "boobies" are that the realities of losing breasts or fertility are rarely acknowledged.

But the sense of loss is no less acute. In "Cancer Vixen," cartoonist Marisa Acocella Marchetto writes poignantly of going on Tamoxifen after her breast cancer, and saying goodbye to the child she'd always thought she'd have. "I'm sorry," she says in a conversation with her imaginary baby. "I thought I had all the time in the world, when all I had was the blink of an eye."

When I began my own most recent round of cancer treatment, one of the first things my nurse said was, "You're happy with your two kids, right? Because you can't get pregnant again now." Each doctor visit is now accompanied by a pregnancy test to assure that I've kept my word. Similarly, as I've watched cancer scorch through my social circle in the past few years, I've seen friends suddenly faced with mastectomies, hysterectomies and treatment choices that dramatically altered their family planning desires. And regardless of our relationship statuses or the size of your family, there's a whole different set of unexpected feelings to deal with when you're facing cancer, a profound change in your body and a possible screeching halt to your fertile years.

As more of us opt to start families later, more of us will, unfortunately, find our baby-making time of life overlapping with the cancer-getting one. At 37, Rancic still hopes that losing her breasts will mean gaining a child. As she explained on "Today," "It was not an easy decision, but it was the best decision for me ... One of my first thoughts I had when I started considering the mastectomy was, 'What am I going to look like?' And then, 'What will my husband think?'" She says that her husband, Bill, assured her, "'I don't care what you look like. I don't care about the physical portion of this. I just need you around for the next 50 years, so let's get you healthy.' And that helped me come to a decision."

Simply by acknowledging "the physical portion," Rancic raises a very different – and much needed – awareness that all those pink ribbons and jiggle-centric PSAs do not. There's nothing demure or ladylike or sexed up about cancer. It affects what kind of woman we see when we look in the mirror, and, often, how many children we'll get to have. And sometimes, saving a life means not saving the "boobies."