Where youth and relevance go to die

Five new honorees join the Rock and Roll Hall of Fame, where vibrancy gets stuck in a museum 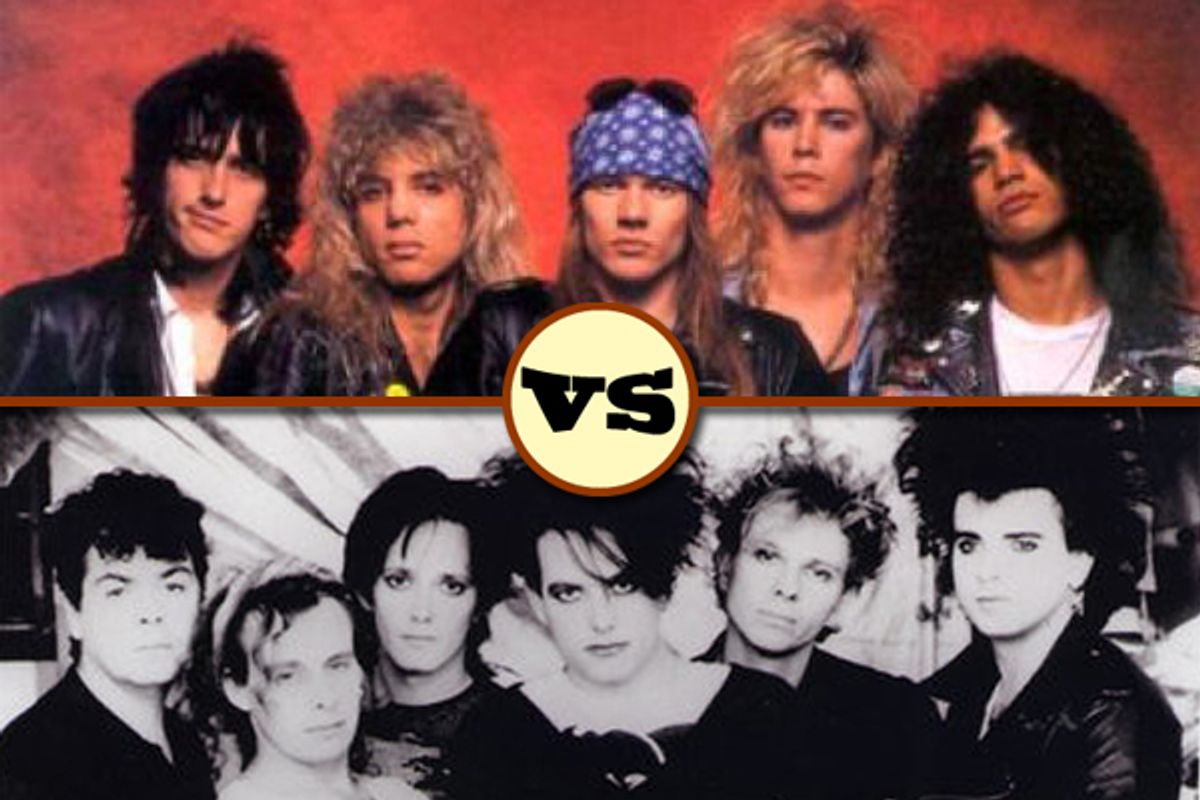 When you really think about it, it's inherently peculiar to bestow the words "Hall of Fame" upon individuals who've spent a serious portion of their lives clad in nothing but gym socks. Yet that's what the Rock and Roll Hall of Fame is all about. It raises up our scruffy guitar heroes; it makes rebellion venerable. It says, the way that you used to carve up your chest, that is some museum-quality stuff, sir. And so, when this year's lineup was announced Wednesday morning, the inevitable cries of outrage and pride went up from the fans, tinged by the mixed blessing of knowing that one's bad-ass youthful idols are now considered elder statesmen. Oh, sweet, strange life – one day, you're a bratty prank caller, harassing the local Carvel ice cream store. The next, you're middle-aged, and the word "inductee" is somehow attached to your name.

You need only look at the list of this year's honorees to see how perversely diverse the term "rock 'n' roll" really is. Under what other broad umbrella would you find the Small Faces/the Faces, Laura Nyro, the Beastie Boys, Guns n' Roses and the Red Hot Chili Peppers? The list, as always, is also partially informed by time constraints. Something as potentially ephemeral as rock stardom has always needed to prove its durability. That's why, since the beginning of the Hall of Fame, artists have only become eligible for induction 25 years after the release of their first album. And that's why Nirvana's inclusion next year is all but assured.

What's interesting about any roster assembled by opinionated human beings is how contentious and downright arbitrary it can be -- how the names left out reveal as much as those on it. And I'm not just talking about the fact that a rock critic colleague impishly remarked recently that "I'm tempted to vote for GNR, if only to see who shows up. Aaaaaaawkward."

You know who's already in the Rock and Roll Hall of Fame? The Lovin' Spoonful. You know who's not? Judas Priest. The New York Dolls. Chic. Public Enemy. You know who was inducted this year? Donovan. You know who he crowded out on the ballot? Heart. Donna Summer. Rufus & Chaka Khan. The Spinners. War. Erik B & Rakim. No disrespect to the Sunshine Superman, but no love for fellow nominees Joan Jett and the Blackhearts? The Cure? Seriously? That's OK, both of you – there's always the Eyeliner Hall of Fame.

In an admirable display of transparency, Village Voice critic Maura Johnston revealed her own ballot choices Wednesday (thanks for fighting the good fight for Heart!), while lamenting that the term "rock and roll' is a red herring, one that effectively trips people up into thinking only guitar-based bands." It certainly explains how a classic act like the Spinners is still sitting on the bench after all these years. NPR's Mark Memott, meanwhile, is currently licking his wounds that Rush didn't make it in -- not to mention how KISS remains robbed.  That's how passionately rock fans feel about their music, and how conflicted they are over the Hall of Fame itself.

Any institution that honors a form created as a howl against institutions is one rife with flaws. Rock 'n' roll did not die before it got old. It is esteemed. It has a museum – one that's been around for a long time, by the way. At this late date in rock's history, getting into the Hall of Fame is both an honor and the least rock 'n' roll thing that could happen to a person. But the truth for most artists is that after a few decades in the business and much fame, acclaim and wealth, the right to party is rarely something to fight for anymore. With punk spirit, the surviving lineup of the Sex Pistols scoffed at their induction a few years ago, with John Lydon scrawling a note calling the whole thing a "piss stain" and saying [sic] "Were not your monkeys and so what?" That's rock 'n' roll for you. Sometimes it's an old dude being recognized for a lifetime of achievement. And sometimes, it's an old dude telling the world to piss off.