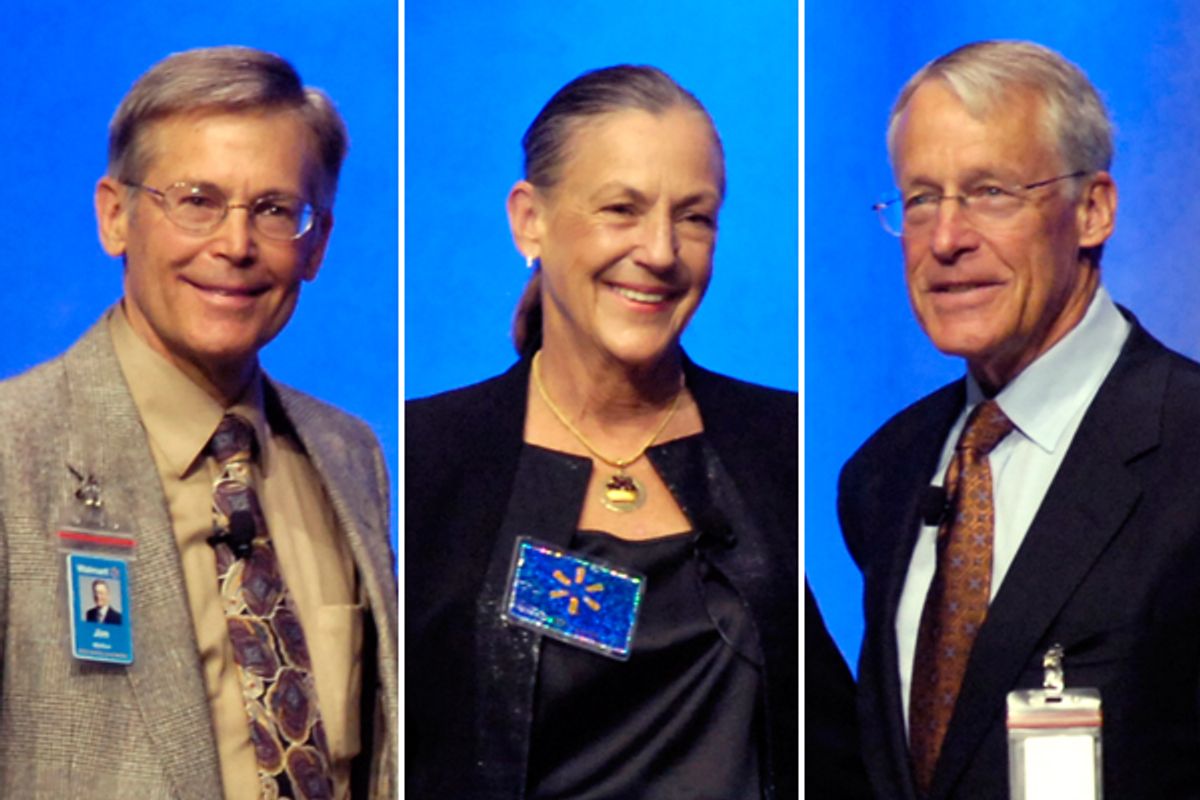 There’s been a constant stream of headlines about the widening gap between rich and poor for months now, but this is pretty remarkable: Just six members of the Walton family, heirs to the Walmart fortune, possess wealth equal to that of the entire bottom 30 percent of Americans.

That’s according to a new analysis by Sylvia Allegretto, a labor economist at the University of California at Berkeley’s Center on Wage and Employment Dynamics.

The calculation is based on data from 2007, the most recent round of the Federal Reserve Board’s Survey of Consumer Finances, which measures the net worth of Americans. (The extensive survey is performed once every three years, and the 2010 edition is expected to be released next year.)

Allegretto then compared those numbers to the net worth of the six members of the Walton clan as reported on the Forbes 400 list in 2007. They are all children or children-in-law of the founders of Walmart. Their total net worth that year: $69.7 billion.

That’s equal to the wealth of the poorest 30 percent of all Americans, according to Allegretto’s calculations.

One of those Waltons, by the way, is Alice, whose effort to create a world-class museum in Arkansas by purchasing hundreds of millions of dollars of art was recently profiled in the New Yorker. More information on the other Waltons is available at Forbes.