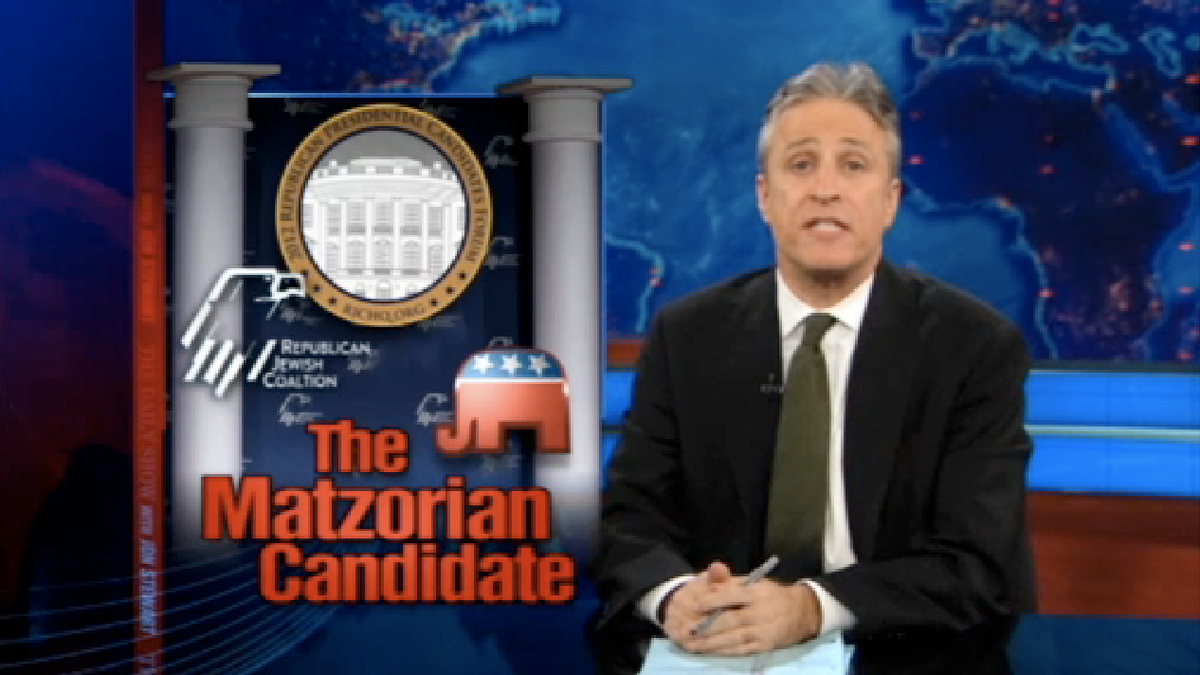 This past Wednesday marked the Republican Jewish Coalition Forum, the once-in-an-election cycle moment when -- as Jon Stewart explained it on "The Daily Show" last night -- "Jews commemorate the miracle of incredibly religious Christian presidential candidates fighting over who loves Jews more."

Six GOP hopefuls were in attendance at the event this year (though not Ron Paul, whose views on Israel were viewed as too extreme by the coalition) and each did his or her best to court the Jewish vote: Rick Santorum wished for peace in Jerusalem. Rick Perry spoke of a deep and personal connection with Israel, ingrained in him by a visit to the Wailing Wall. Mitt Romney cracked a Seinfeld joke, poorly. The winner, however, might have been Michele Bachmann, who recounted how, after graduating high school, she went overseas to work on a kibbutz.

Stewart explains: "Michele Bachmann loves Israel so much, she was willing to work on a socialist collective. Wow!