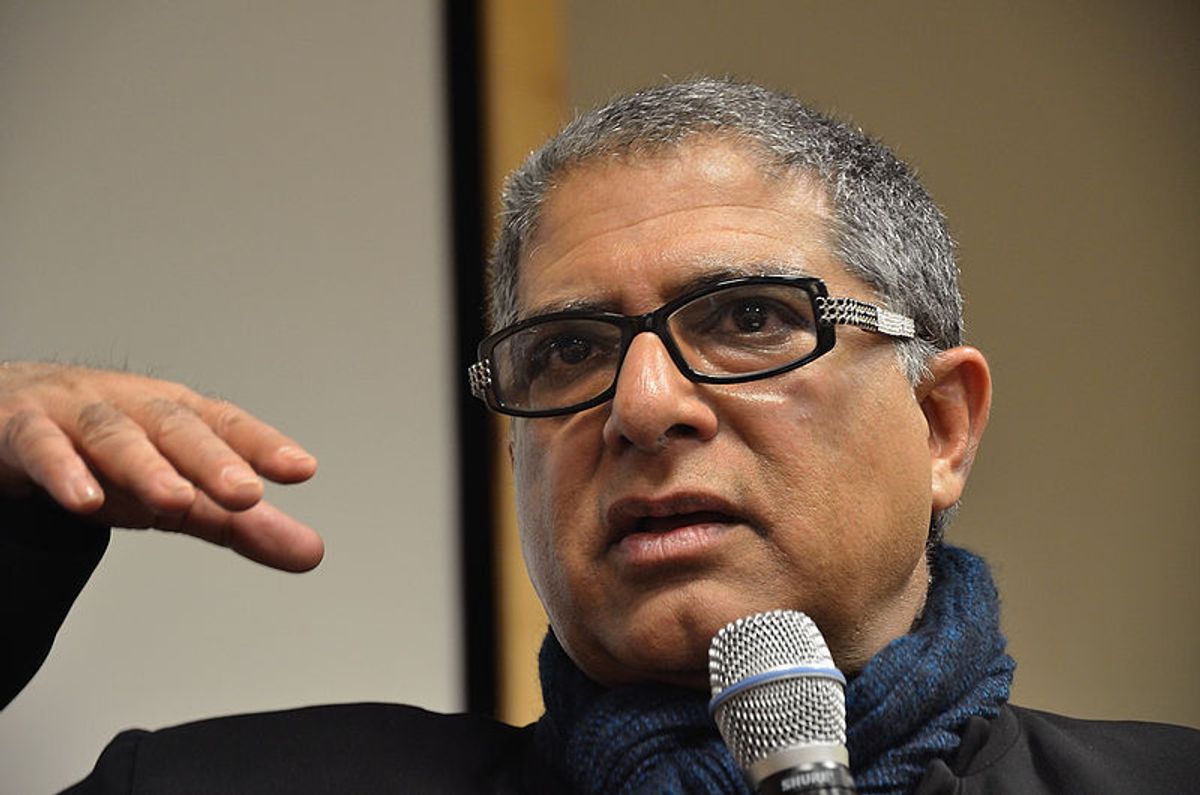 I was really dragging my feet on writing this review of Deepak Chopra's new "Yoga Transformation: Weight Loss and Balance" DVD until the Vatican's former chief exorcist, Father Gabriele Amorth, proclaimed that "practicing yoga is satanic" and " leads to evil just like reading Harry Potter" before a screening of "The Rite" (2011) at an Italian film festival the other week. Now all of a sudden my kooky idea to put one of the fitness DVD screeners that get tossed onto my doorstep through the movie critic treatment packed as much occult fun as spinning Iron Maiden records backwards while conjuring spirits with a Ouija board. Thank you Father Amorth. You've inspired me to risk losing my immortal soul while burning calories and restoring my natural state of balance.

Actually doing the yoga exercises along with Tara Stiles, Chopra's private yoga instructor, stopped short of enabling ancient Candarian demons to swallow my soul, but it did make my shoulders burn while all the blood rushed to my head. I stayed with Stiles for seven long minutes as the coffee brewed this morning, which is seven more minutes than Chopra spends on the mat in this video. Sure, Deepak looks all ready for action on the DVD cover with his $200 organic fiber sweatshirt, but he's nowhere to be found once the bending and contorting starts — not even in voice-over. Come on Deepak! David Carradine was able to tough it out through entire box-sets of his Tai Chi workouts, and he was stoned out of his mind on lord only knows what the whole time. Chopra, on the other hand, can't even be bothered to take off his bling encrusted shades when he's on camera.

The DVD begins with Chopra hopping into a vast 1969 Cadillac Eldorado convertible and driving around the desert like he's Hunter S. Thompson, only without the mescaline. Seeing Chopra there in the devil's preferred ride made me think that maybe Father Amorth was right about the whole Satan-yoga connection. Except Chopra doesn't actually come in contact with any yoga here. That's all left up to Stiles, who's forced to lead her yoga students while walking barefoot on hot desert sands. She actually grimaces a few times when she steps on some prickly brush. Chopra returns at the disc's end for the meditation practice where he first informs us of "little buttons at the end of your chromosomes" and "self-repair mechanisms that have evolved over billions of years of time" before strolling through rocky terrain in a pair of bright red Pumas. Isn't he the lucky one?

Now if you want a man who won't ask you to do something he's unwilling to do himself, look no further than Telly Savalas in the long-awaited Blu-ray release of "Horror Express" (1972).  Telly not only puts on a veritable clinic in scenery chewing, but manages to steal this Spanish-made horror fest from both Peter Cushing and Christopher Lee in the process.  It takes a lot of initiative to pull that one off. Set on a passenger train speeding through Siberia in the 1890s, "Horror Express" also boasts a crazed Rasputin-type monk, a thawed-out ape man possessed by an otherworldly intelligence AND Cossack zombies with blood streaming from their eyes. This film really does have everything, and I bet it even helps you burn calories too.

"Horror Express" holds its own against any horror film of the 1970s, which is saying a lot when you realize that this includes "The Exorcist," reportedly Father Amorth's favorite film. We don't know how Amorth feels about "Horror Express," even though he seems to be a fan of the genre. If the good father is reading this, I can strongly recommend it to him because he definitely agrees with the film's hero, Professor Alexander Saxton (Christopher Lee). When asked about the mad monk's apparent supernatural powers, Saxton blames it all on hypnosis and, yes, yoga.  "These mystics can be very convincing, " Saxon retorts, "They can even hypnotize themselves." Expect Father Amorth to host a screening of "Horror Express" any day now.