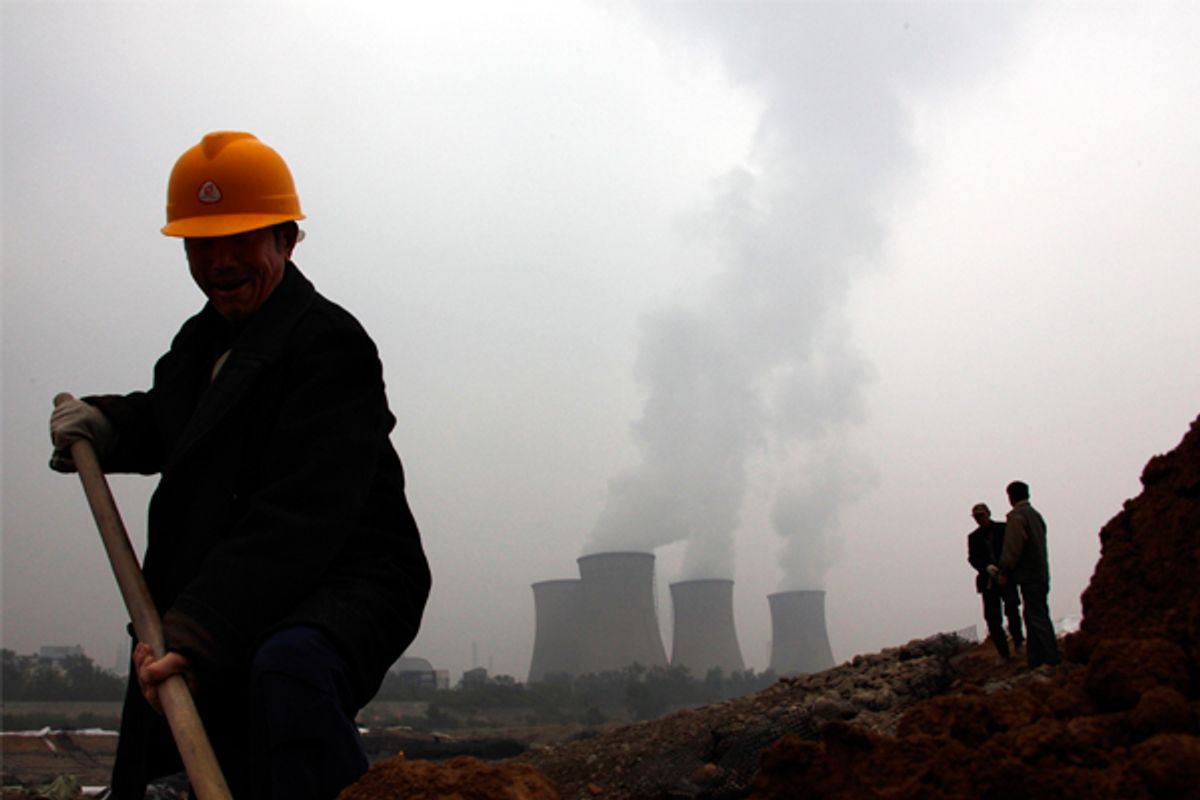 Think “climate change” and the companies that come to mind are oil giants like Exxon Mobil or BP – not JP Morgan or Bank of America.

But a new study by Urgewald, a German environmental organization, establishes a strong link between large multinational banks and the coal industry, one of the biggest contributors to climate change.

The study (.pdf), “Bankrolling Climate Change,” identifies the top 20 “climate killer” banks by the amount of financial support they give the coal industry. Number one is JP Morgan Chase, followed by Citi and Bank of America. That’s despite lofty rhetoric from these companies about their work to address climate change.

To learn more about the banks’ role in climate change, I spoke with Heffa Schuecking, the director of Urgewald and the principal author of the new study. She recently returned from a week at the U.N. climate talks in Durban, South Africa.

What was the goal of embarking on this study?

Increasingly over the past few years, banks have begun to do a lot of climate speak. I’m from Germany, and Deutsche Bank calls itself “climate ambassador.” Many U.S. companies also talk about how they are going carbon neutral in their own operations and how they want to help the world transition to a low-carbon economy. So we thought we’d take a real look into the portfolios of the banks to see if their words and their deeds matched up to each other.

How important are banks in getting a coal plant built or a coal mine up and running?

Building a 600-megawatt coal-fired power plant – a typical size – is going to cost over $2 billion. That’s not money that utilities usually have just lying around in the corner. Bank financing pays an important role, either through direct lending or banks organizing capital for utilities to pursue these projects. The two most important roles of banks are as providers of corporate loans for the coal industry and as providers of investment banking services, meaning helping the company to sell shares or bonds. In terms of our calculations of the amounts of money in the “climate killer bank” rankings, we didn’t differentiate between these roles. We figured it’s secondary whether a bank directly gives its own money or plays an organizing role: This is support the banks give to the coal industry.

What sort of sums of money are we talking about here?

We found $308 billion in coal financing since 2005, the year the Kyoto Protocol came into force. That includes our analysis of the 40 largest utilities operating coal-fired power plants and the 30 largest companies doing coal mining, which amounts to roughly half of the industry. We also found that since 2005, the annual amount of financing provided by banks to the coal industry has doubled. That’s really worrying.

You found that the three biggest offenders are JP Morgan, Citi and Bank of America. What sort of activities are these and other banks specifically financing?

One of the worst companies in the mining sector is Coal India. It is the largest coal mining company in the world in terms of production, and almost every problem connected with the industry you find in this company. That includes use of child laborers (which is against the law in India) and huge environmental problems, including underground coal fires in a heavily populated area. People are constantly confronted with carbon monoxide and huge volumes of toxic fumes.

At the same time, you have Bank of America, Citi, Morgan Stanley and Deutsche Bank who organized an IPO for Coal India. They helped craft the prospectus for the IPO, which in 500 pages doesn’t mention the word “environment” or “climate change.”

What sort of rhetoric are we hearing from these banks about the environment?

Well, JP Morgan claims they are helping the world transition to a low-carbon economy. Citi calls itself on its website the most innovative bank in climate change. Bank of America calls global climate change the most formidable challenge we are facing.

Do you have proposals for how you want the banks to change their behavior?

Well, first, if you look at the overall picture, even the World Bank says that if all the new coal-fired power plants in the pipeline are built over the next 25 years, then we’re going to emit more CO2 than everything that has been emitted up till now since the beginning of industrialization. It’s insane. We have to quit coal. It’s much more difficult to quit oil because that involves transforming the transport system – we’re going to need longer for that. But substituting coal-fired power plants is a much easier thing.

As for banks, they need to start managing their portfolios and setting emissions reduction targets for their portfolios. In discussing the study with banks in Germany, for example, we found bankers actually have no idea what’s in their portfolios. It’s like the subprime crisis in that way – they don’t know. They don’t measure it. They don’t count it. They don’t keep track of it. There is one positive example in the U.S., which is the Overseas Private Investment Corporation (OPIC).  It’s a public financial institution that in 2008 made a commitment to reduce greenhouse gas emissions of their portfolio by 50 percent within 15 years. And they’ve begun implementing that plan.