The GOP gets progressive?

While lobbing insults at each other, Mitt and Newt voice support for two liberal reforms 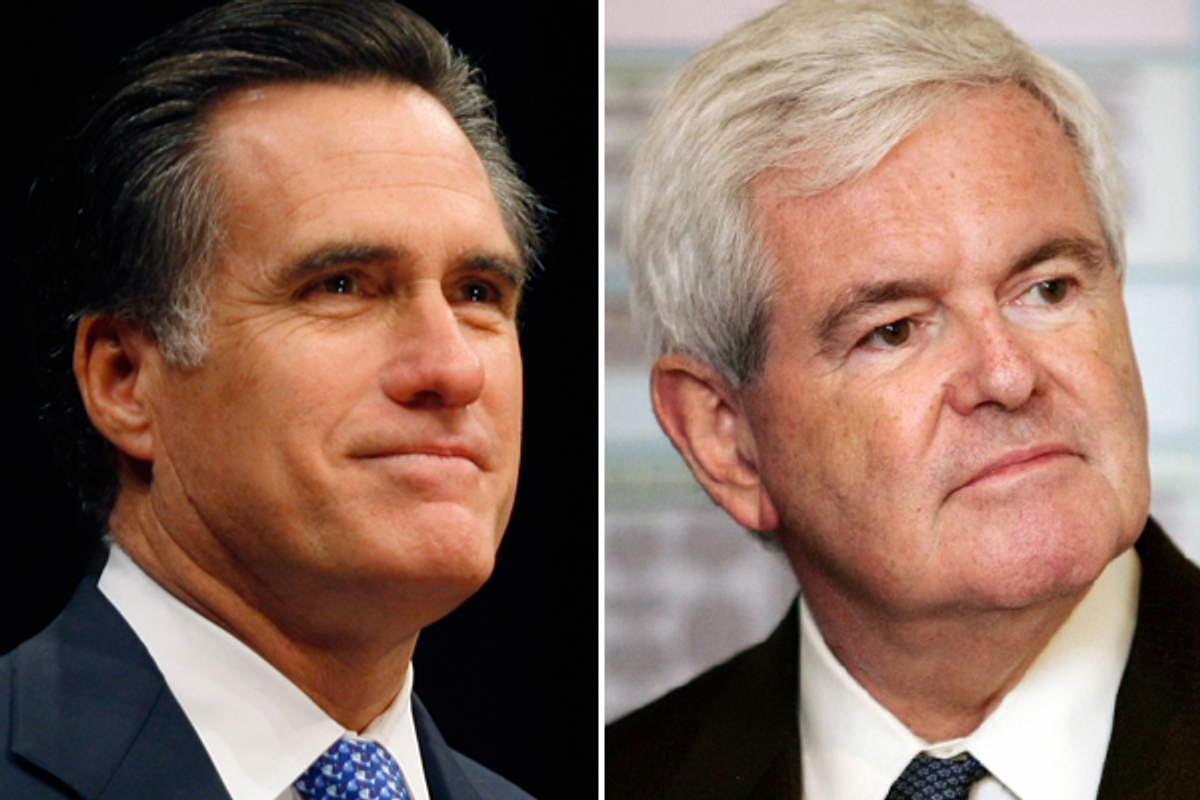 Two important reforms are stopping the revolving door between Washington and the nation’s financial giants, and preventing financiers from flipping companies (making short-term profits by borrowing big sums to buy them, then squeezing payrolls and firing employees, and reselling the stripped-down companies at a profit — unless the debt-laden firms fall into bankruptcy first).

Remarkably, the frontrunners for the Republican nomination for president seem to agree. At least, that’s the clear implication from what they’ve said today.

During a morning appearance on Fox News, Mitt Romney said Newt Gingrich should return the $1.6 million in payments he received from mortgage financial giant Freddy Mac.

Gingrich has tried to defend himself by saying Freddy paid him as a “historian,” but anyone with half a brain knows Freddy wasn’t interested in history. It coughed up the money because they wanted Newt to influence his former House colleagues, so they wouldn’t take steps to reduce Freddy’s financial risk or reach.

In effect, Romney is taking a swipe not only at Gingrich but at the well-oiled revolving door linking financial giants to former congressional leaders, Treasury officials and their staffs. That revolving door is one of the reasons the Street and its auxiliaries (like Fannie and Freddie) took the risks that caused the financial crisis, and have still never paid the price.

What’s Gingrich’s response? He said this morning, "if Governor Romney would like to give back all the money he’s earned from bankrupting companies and laying off employees over his years at Bain than I would be glad to then listen to him.”

Newt is criticizing not only Romney but also the pump and dump practices of Wall Street that have caused hundreds of thousands of Americans to lose their jobs, put countless companies in jeopardy, and earned a fortune for private-equity managers and others.

If this goes on much longer, the Mitt and Newt Show will get a slot on MSNBC.