The Comedy Central host also reaffirms his commitment to hosting a "serious, classy" debate of his own 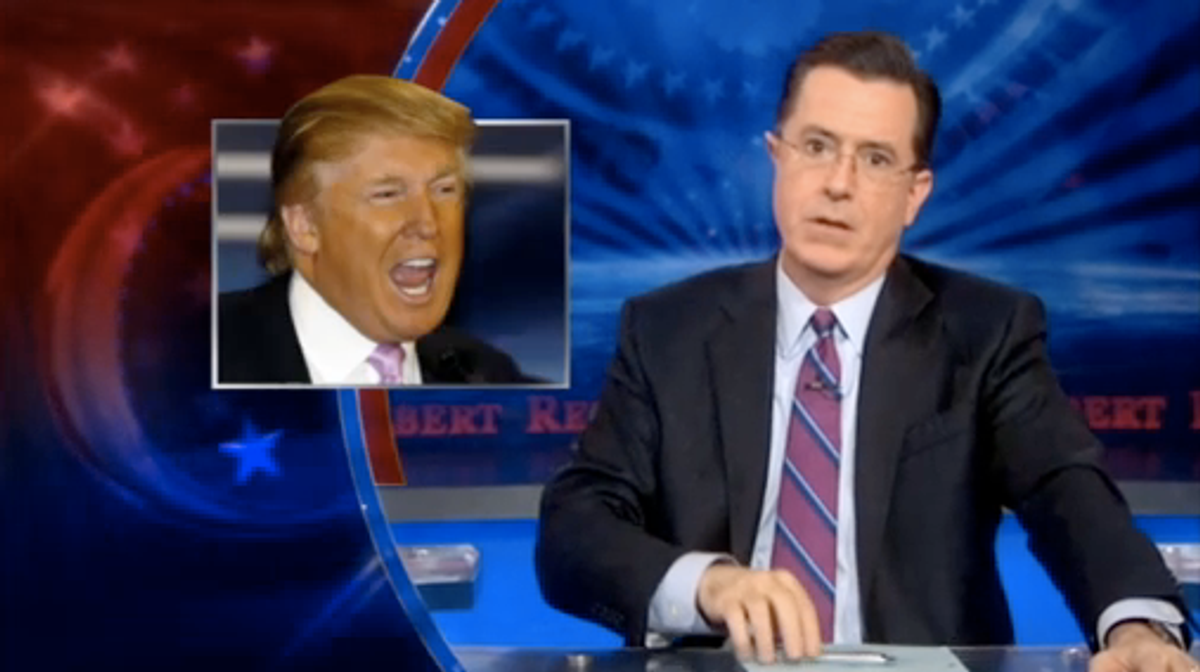 Donald Trump announced yesterday that he would no longer moderate of the upcoming Newsmax Republican debate, thus ending weeks of back-and-forth that saw every candidate except Newt Gingrich and Rick Santorum withdraw from the event. Of course, Trump didn't quit because his presence at the debate risked descending it into some sort of bizarre media sideshow -- no, no -- but because he refused to rule out a third-party run for president. Right.

OK, sure, we all probably could have predicted all this from a mile away, but it took Stephen Colbert to weigh in on the development with the poetry of the Donald himself:

Folks, I would be lying if I didn't say I saw this coming.  Donald Trump is a friend. He's my best friend. Number one best, greatest friend of all time. We race yachts. We trade mistresses. I call him "Trump Card." He calls me "Cold Beer." That said, the guy is a boob. He looks like  a tangelo had sex with an old dishrag. And I can say that because I love this man. And to honor the memory of Trump mattering, it is more important than ever that tonight I reannounce my Stephen Colbert's South Carolina Serious Classy Republican Debate.