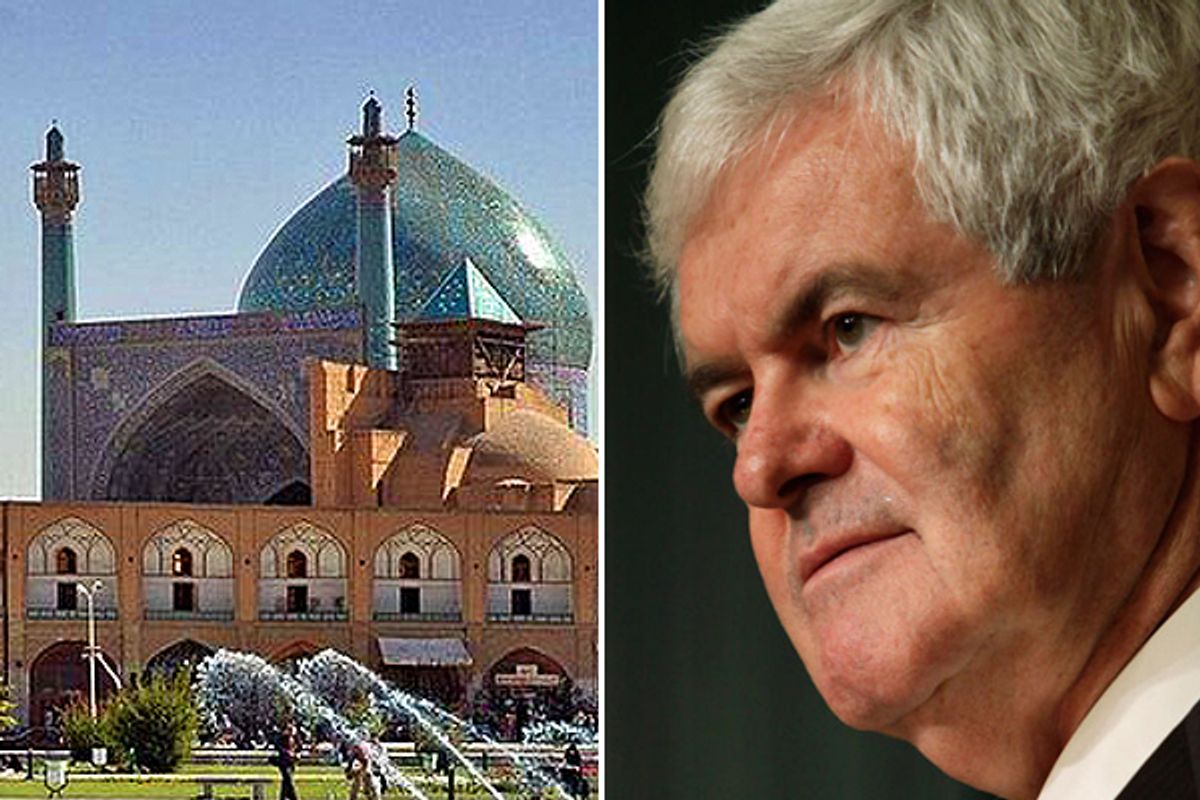 Newt Gingrich says yes – but experts say there is no evidence to back up the assertion.

Gingrich made the claim at a debate with Jon Huntsman in New Hampshire on Monday.  Here, via Michael Crowley, is the key moment:

That’s an extremely significant charge, one made by a man who now has a real shot at being the next president of the United States.

An extensive search of International Atomic Energy Agency (IAEA) reports on Iran found no mentions of the terms “mosque” or “holy site.” We do know that some of Iran’s nuclear facilities are underground; but I found no media mentions of them being under mosques.

(Also worth noting: it’s not a given that Iran is pursuing nuclear weapons, rather than nuclear power. The question of Iran’s intentions is complex and remains unresolved.)

"There's no evidence [for that]," said David Albright, an expert on Iran's nuclear program and president of the Institute for Science and International Security, when asked about the mosques issue. "I don't know where Gingrich gets this, but it sounds like he is just repeating rumors."

I also asked Ken Pollack, a Mideast specialist at the Brookings Institution, if he has heard of anything like Gingrich's mosques claim.

Gingrich’s spokesman did not immediately respond to an inquiry about his source for the claim.

It’s also at least a bit ironic that Gingrich made the iffy mosques assertion after specifically questioning the ability of the CIA to determine what the Iranians are doing.

“This idea that somehow we have magically accurate intelligence … is baloney,” he said.