His tax plan is absurd, reckless and regressive. But, for desperate Americans, his outrageousness is appealing 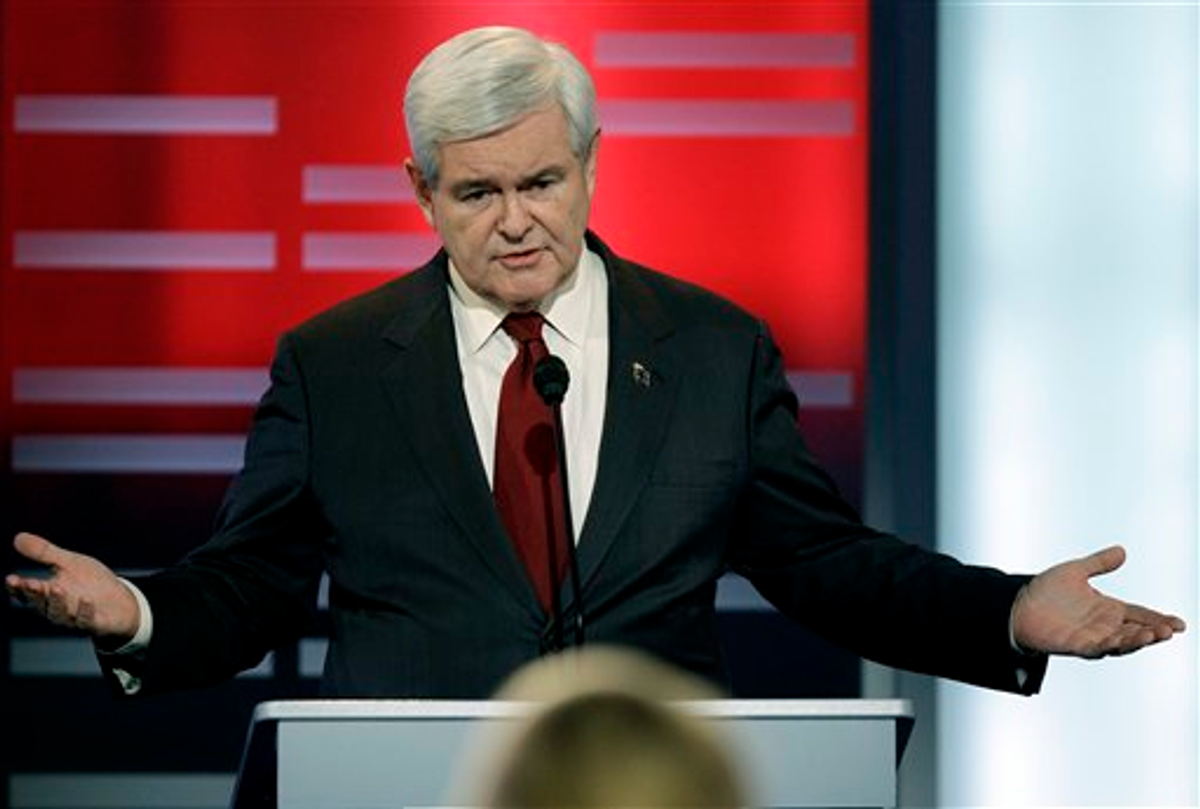 Newt Gingrich has done it again. With his new tax plan he has raised the bar from irresponsibility to recklessness.

Every dollar estimate I’m about to share with you comes from the independent, non-partisan Tax Policy Center – a group whose estimates are used by almost everyone in Washington regardless of political persuasion.

First off, Newt’s plan increases the federal budget deficit by about $850 billion – in a single year!

To put this in perspective, most forecasts of the budget deficit cover ten years. The elusive goal of the White House and many on both sides of the aisle in Congress is to reduce that ten-year deficit by 3 to 4 trillion dollars.

Newt goes in the other direction, with gusto. Increasing the deficit by $850 billion in a single year is beyond the wildest imaginings of the least responsible budget mavens within a radius of three thousand miles from Washington.

Most of this explosion of debt in Newt’s plan occurs because he slashes taxes. But not just anyone’s taxes. The lion’s share of Newt’s tax cuts benefit the very, very rich.

That’s because he lowers their marginal income tax rate to 15 percent – down from the current 35 percent, which was Bush’s temporary tax cut; down from 39 percent under Bill Clinton; down from at least 70 percent in the first three decades after World War II. Newt also gets rid of taxes on unearned income – the kind of income that the super-rich thrive on – capital gains, dividends and interest.

Under Newt’s plan, each of the roughly 130,000 taxpayers in the top .1 percent – the richest one-tenth of one percent – reaps an average tax cut of $1.9 million per year. Add what they’d otherwise have to pay if the Bush tax cut expired on schedule, and each of them saves $2.3 million a year.

To put it another way, under Newt’s plan, the total tax bill of the top one-tenth of one percent drops from around 38 percent of their income to around 10 percent.

What about low-income households? They get an average tax cut of $63 per year.

I’m not making this up.

This might be amusing if Newt were just being old Newt – if this were another infamous hot-air bubble emerging from an always provocative, sometimes clever, often bizarre mind.

But it’s the tax plan of the leading candidate for president of one of the two major political parties of the United States.

And it comes at a time when America’s super rich are raking in a larger portion of total income and wealth than at any time over the last 80 years, and when their marginal taxes are lower than they’ve been in three decades; a time when the nation’s long-term budget deficit is causing cuts in education and infrastructure which will impair our future and that of our children, and when safety nets and social services are being slashed.

Can Newt get away with this?

Probably — because his plan also comes at a time when Americans are so cynical about the major institutions of our society that someone who offers huge, outrageous plans holds a special fascination: The whole system is so awful, people tell themselves, why not just jettison everything and start from scratch? Let’s throw caution to the winds and do something really big – even if it’s colossally stupid.

This is why the more outrageous Newt can be, the better his polls. The more irresponsible his bomb-throwing, the more attractive he becomes to a sizable portion of Americans so fed up they feel like throwing bombs.

History is full of strong men with dangerous ideas who gain power when large masses of people are so desperate and disillusioned they’ll follow anyone who offers big, seemingly easy solutions.

At times like this a nation must depend on its wise elders – people who have gained a reputation for good judgment and integrity, and who are broadly respected by all sides regardless of political affiliation or ideology – to call out the demagogues, speak the truth, and restore common sense.

The great tragedy of America today is the paucity of such individuals when we need them the most.