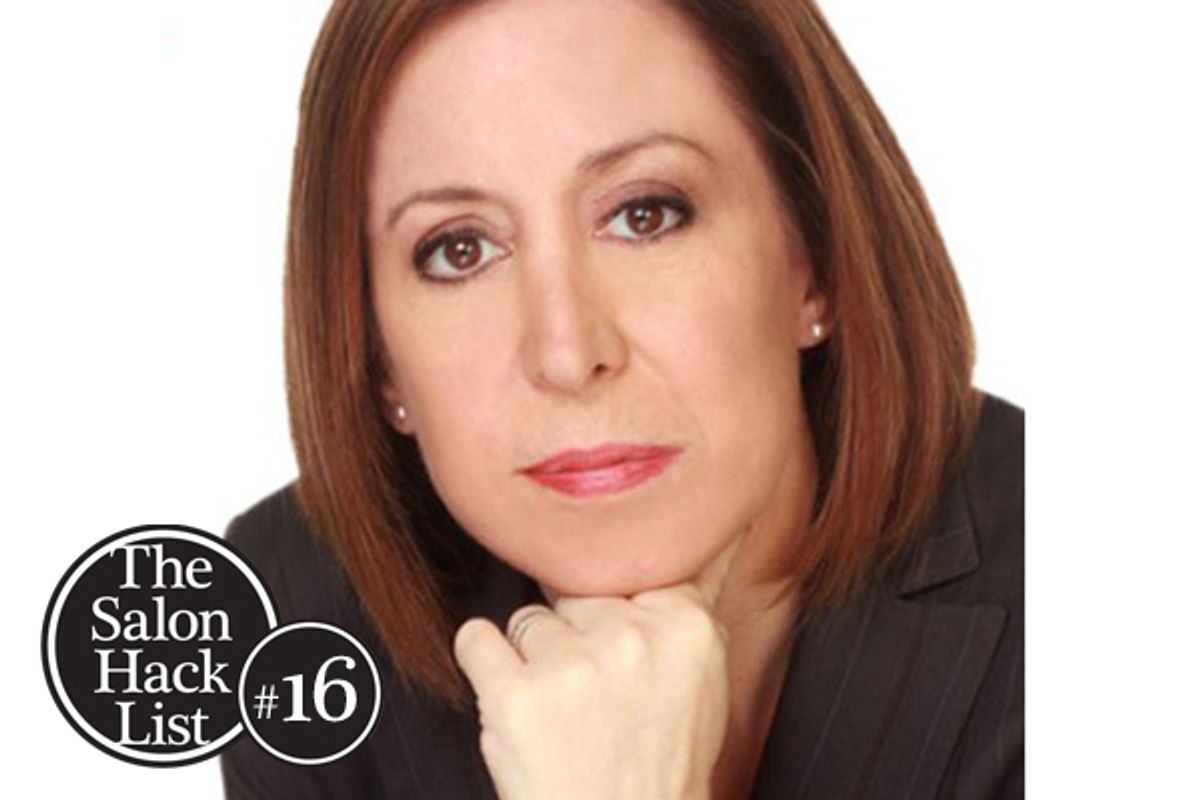 If you haven't spent much time reading the papers in New York City, you may not be familiar with Andrea Peyser. But you may have noticed the woman in the first row of Anthony Weiner's carnivalesque meltdown of a June press conference announcing his online flirtations who spent an inordinate amount of time shouting uncomfortable questions to the soon-to-be-former congressman about the whereabouts of his wife. That's Peyser. She needed the material so that she could finish her 10th column about how Weiner is history's second greatest monster, next to Eliot Spitzer.

Peyser is the New York Post's resident joyless puritanical scold with a particularly Murdochian obsession with sex. Week in and week out, her column -- which has expanded to become an entire page in the physical paper -- details precisely which women are hookers, sluts, gold diggers and tramps (hint: most women, besides some wronged wives) and which men are whore-mongers and perverts (every Democratic politician alive).

Peyser's bile isn't limited to those who violate her archaic sexual mores, no sir. She's also an all-purpose right-wing nutjob. She's the one who took the "Ground Zero Mosque" story from the fever swamp of the anti-Islam blog world to the proper conservative press. Just to demonstrate that her outraged opposition to the Park51 project was based less on "sensitivity" than on simple seething hatred of Muslims, she also went on to promote anti-mosque efforts in neighborhoods as decided non-"ground zero"-adjacent Sheepshead Bay.

When there's not a good juicy sex story or a national xenophobic hysteria to whip up, Peyser phones in columns on generic right-wing hobbyhorses like the War On Christmas and Barack Obama's fascist light bulb ban.

In small doses her stuff can be entertaining -- sex scandals are why people pick up tabloids -- but there's no fun in her repetitive, vituperative crusades against sex and women and immigrants and women and bicyclists and women and black people and gays and lesbian mothers and schoolteachers who've had sex and Muslims and schoolteachers who attempt to teach children philosophy and women. New York deserves a better chronicler of sexual misdeeds and salacious courtroom dramas. One who doesn't hide her glee at misfortune befalling others behind curdled moralism.

HACKIEST 2011 MOMENT:
Her column repeatedly quoting anonymous people calling Sharon Bialek, the woman who accused Herman Cain of something between an unwanted romantic advance and sexual assault, a "gold digger."
- - - - - - - - - -