The cable news clown is a poor ambassador for libertarianism 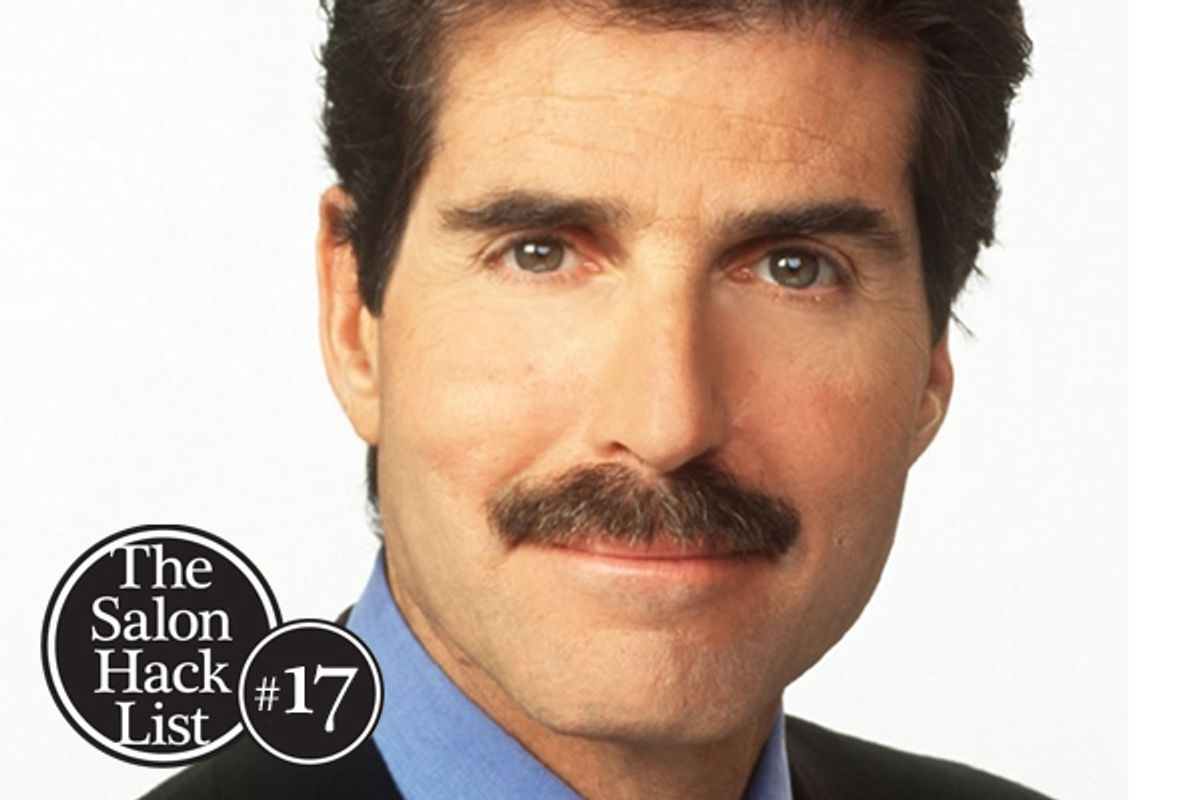 I'd say it's nice to have a libertarian presence on television regularly, but there are I believe more libertarians on television regularly in 2011 than there are morally ambiguous antiheroes on premium cable dramas. (What we really need are more socialists -- Americans are sick of capitalism!) And Stossel is not a great brand ambassador for the "free minds, free markets" crowd, because he's a silly clown.

Stossel's a ridiculous local-news "consumer watchdog" reporter who discovered Milton Friedman. He's the worst of simple-minded sensationalist television news masquerading as a maverick because he's "politically incorrect" (a term that when self-applied invariably means "an asshole").

If I were a libertarian, I'd be embarrassed by Stossel's prominence. Sneering contempt for supposed liberal shibboleths is not actually a well-considered political philosophy. There's nothing "libertarian," for example, about not believing in climate change. That's just tribal corporatism, totally disconnected from any economics-based belief about the superiority of market forces over government industrial policy.

Stossel rehashes received wisdom without truly understanding, let alone questioning, any of it, which is basically what conservatives think every leftist college student is doing. The limits of his conclusion-first mode of advocacy journalism are exposed when he's forced to apologize for reporting his predetermined conclusions even when the evidence doesn't bear them out, like when he attempted to report that organic produce (which hippies and liberals like) is more dangerous than conventional produce (which is grown and picked by the great free market god, who bestows his grace on giant agribusiness conglomerates), only for it to be revealed that his own tests showed no such thing.

Of course, it's perfectly libertarian to profess not to see what exactly is unfair or exploitative about the widespread practice of unpaid internships, a system that provides profitable organizations with free labor while offering work experience only to college students privileged enough to devote significant amounts of time to unpaid internships. "I built my career on unpaid interns," Mr. Stossel says, which does at least explain the quality of research that goes into his specials.

HACKIEST 2011 MOMENT:
In which Stossel plays a clip from the film "Gasland," a documentary exposing the dangers of natural gas extraction for people living near the extraction sites, and then announces that it is perfectly normal for your tap water to contain highly flammable amounts of methane. "Weird stuff happens," Stossel says. The fact that a peer-reviewed study showed that water wells close to natural gas mines had 17 times the levels of methane in the water than wells farther away from fracturing sites is just one of those nutty coincidences.
- - - - - - - - - -