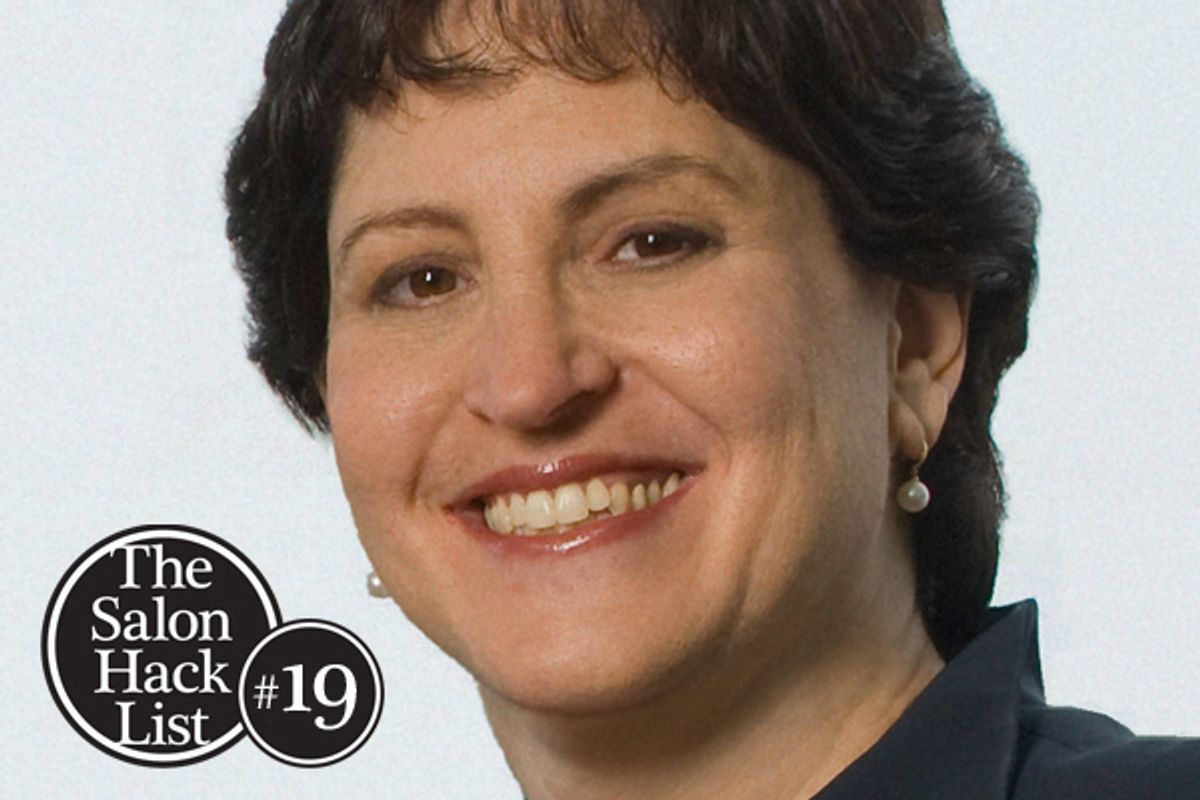 Longtime Washington Post columnist Ruth Marcus is, like most longtime Washington Post columnists, an eminently predictable fount of polite elite Beltway-area opinion. She's generally a good moderate liberal. She dreams of bipartisan compromises, and lavishes praise on politicians willing to reject party "orthodoxy" in order to come to very orthodox centrist positions. She cares very much about tackling our long-term federal debt. She thinks Republicans are too extreme. She liked Mitch Daniels, except for the antiabortion stuff. She agrees with Robert Gibbs that liberals are "deranged" to criticize Obama, who, after all, has done the best he can, a few wasted opportunities, betrayals and inexplicable tactical missteps aside.

I think a brief post like this one, in which Marcus says Congress should name Gabrielle Giffords the honorary chairwoman of the deficit reduction supercommittee, sums up her general uselessness. There's that traditional craving for "bipartisan unity" that all hack centrist columnists share, treating "bipartisan unity" as a self-evidently good thing instead of a hazy myth of questionable democratic worth. There's the idea that the supercommittee was actually a serious idea designed to address a major and immediate crisis, instead of a can-kicking waste of everyone's time in the service of looking serious about one of the least pressing problems currently facing the nation. There's the idea that a silly symbolic gesture would create agreement among two groups with diametrically opposed policy goals. There's an invocation of "common sense," which is always meaningless and usually used to stand in for ideas popular among elites but hated by actual voters.

If you want to know what the world's most boring establishmentarian liberal thinks about the issues of the day, Ruth Marcus has you covered.

HACKIEST 2011 MOMENT:
When 18-year-old high school student Emma Sullivan tweeted that she thinks Kansas Gov. Sam Brownback "sucks," Brownback's staff ratted this student out to school authorities, leading her principal to demand that the student write a letter of apology to the governor for disliking him. That's weird and gross, except to Ruth Marcus, who imagined herself Sullivan's mother, and fantasized about forcing that young woman to learn proper deference to authority figures. "If you were my daughter, you’d be writing that letter apologizing to Kansas Gov. Sam Brownback for the smart­alecky, potty-mouthed tweet you wrote after meeting with him on a school field trip," Marcus wrote. Marcus then asserted that teenagers have no constitutional right to be rude to politicians, which is an interesting interpretation of the language and purpose of the First Amendment, to say the least.