As the army private's hearing begins, this harrowing short imagines his detention 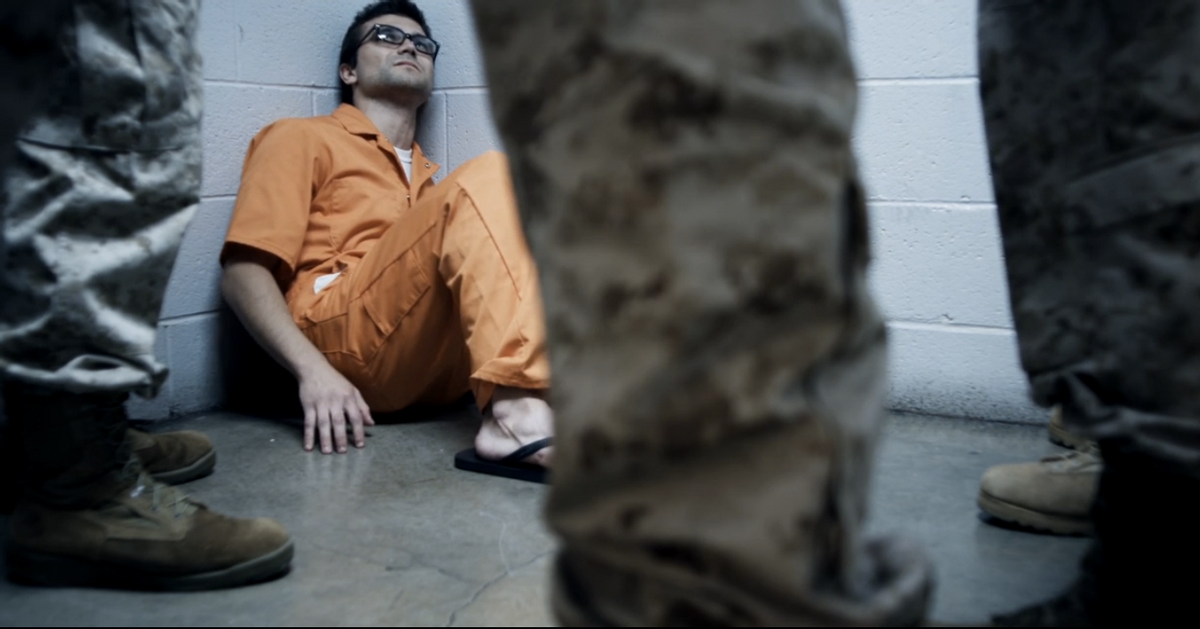 Still from "Prevention of Injury (POI)"
--

Director Kyle Broom wanted to take "Prevention of Injury (POI)" through the film festival circuit just like every other independent filmmaker, but this 20-minute film has the burden of being about something. The film's main character is doesn't have a name. He's referred to in the credits only as "The Detainee." Actor Jordan Butcher doesn't look much like Bradley Manning, but this hardly matters. Butcher pretty much is Bradley Manning here. He's locked in a white-walled cell in near solitary confinement where being "administratively upgraded" to suicide prevention status brings with it the tortures of restraint and sleep deprivation. Amnesty International has condemned the real Private Manning's treatment as harsh and punitive. In this film, you get a glimpse of what it must be like. After a few screenings at various Occupy sites, Broom and producer Alexandra Spector posted their film on Vimeo to get as wide an audience as possible before Manning's Article 32 hearing (a kind of military code preliminary hearing) set for Friday.

Watch the film while you can. This whole country might soon become one giant sequestered jury.