The loud American I swore I'd never be

When I moved from Canada people mocked me for my \"aboots.\" I promised I wouldn\'t change. I was wrong 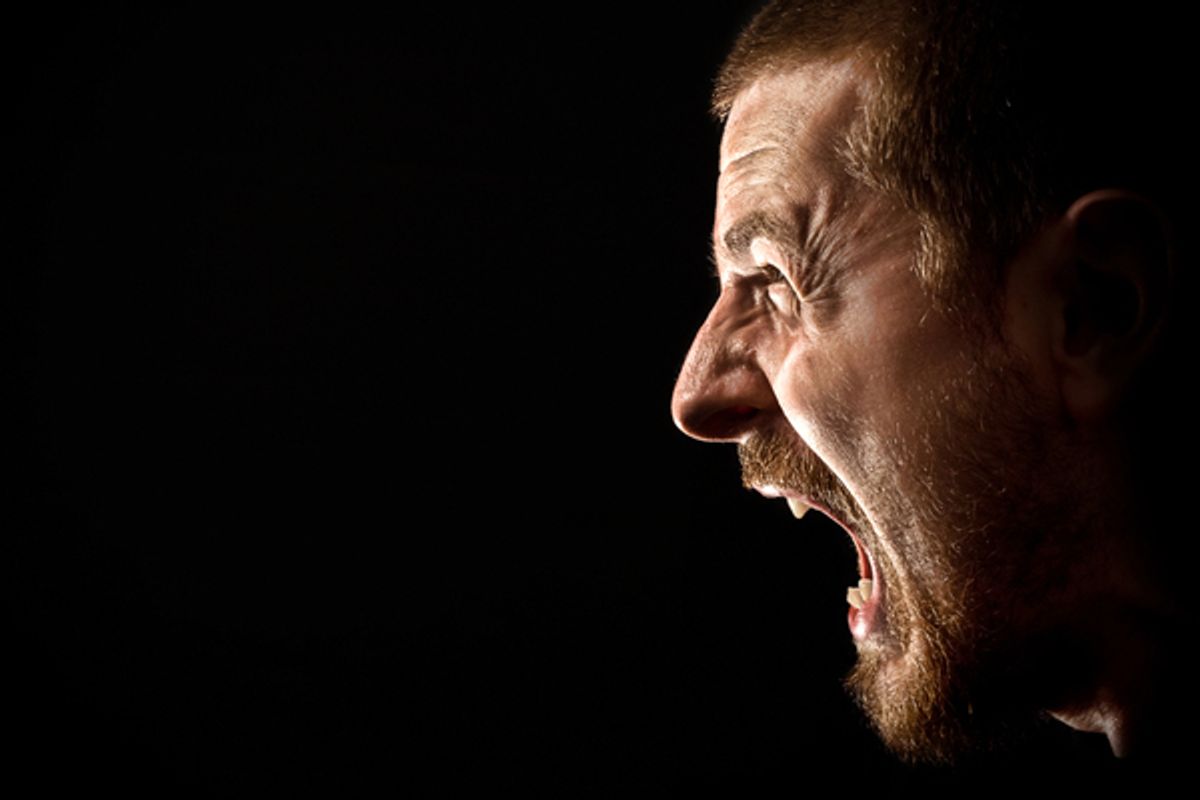 If you met me after I moved to America, you would likely notice a few things. I'm tall. I wear a lot of flannel. I have questionable taste in shoes. And I sound absolutely adorable. I know this because I have been told it over and over since I moved from Canada five years ago. "You sound adorable," said a neighbor in my East Village walk-up during my first week in New York. "Adorable," said a classmate at grad school orientation, right before he told me that Canadians all seemed dreadfully boring.

I had no idea I even had an accent, let alone that I sounded adorable, before I moved here. But in learning about the way I spoke, I ended up learning a lot about my adopted country -- and about myself.

For most Americans, it's almost impossible to tell a Canadian accent from a Midwestern one. And to be fair, the differences are pretty subtle. We pronounce some of our vowels like the British (something linguists call "Canadian shift"), and raise our diphthongs before voiceless consonants (called "Canadian raising"). But most people identify us by our different ways of pronouncing "au" sounds -- which, to some people, sounds like "oot" and "aboot" -- and our tendency to say things like "eh" and "heh" at the end of tentatively declarative sentences.

To make it more confusing, most Canadian celebrities seem to lose their accents as soon as they become even mildly famous. You'd never think that Rachel McAdams or Jim Carrey both hail from Ontario by listening to them. The Canadian of the moment, Ryan Gosling, has famously shifted from a Cornwall, Ontario. accent to a butch Brooklyn truck driver accent over the course of his career. There are even companies that specialize in teaching Canadian actors to start talking like Americans.

The thing is, when it comes to accents, the way we perceive them has little to do with the way people actually talk, and everything to do with our prejudices. Italian accents sound sensual because we think of Italians as sensual. German accents sound brusque because we think Germans are cold and calculating.  And, for the longest time, all Americans sounded to me like aggressive jerks.

When I was younger -- and living in Edmonton, a frozen city in Western Canada with the world's largest cowboy boot -- family and friends spoke disdainfully about America, and their lack of politeness and deference. They resented the "brain drain"; that so many Canadian professionals were being lured south of the border by big paychecks and prestigious jobs. And I had been repeatedly told about the many ways that America had mistreated Canada over the course of history, from the war of 1812 to NAFTA.

Based on Idaho news reports that were beamed across the border, America seemed like a more dangerous version of home, with a lot more chain restaurants and less firearm safety. I didn't understand why Canadians would want to move to America. Canada had universal healthcare, and safe cities and an enormous sculpture of a pyrogy on a fork. All anybody seemed to do in Idaho was get shot in a TGI Fridays.

After college, I worked on Canadian TV shows and in strange service jobs in Toronto. I considered opening up a video store with a friend. And then I came across a graduate program in, of all places, New York City. I had been to New York a couple of times as a teenager, and found it both fascinating and unnecessarily pushy. I had traumatic memories of a woman yelling at me when I accidentally touched her purse in a grocery store. I couldn't imagine myself fitting in there and yet, the graduate program sounded perfect. So I applied, and to my surprise, I got in. I convinced myself that if I went I wouldn't be a real traitor -- it would only be for two years, then I'd move back to Toronto. And I wasn't going to let America change who I was.

Then the mockery began. As it turns out, to American ears, British people sound smart; French people sound sophisticated; but Canadians sound like teenagers with a learning disability. When I said "about" in graduate seminars, I would hear my classmates snicker. A prospective employer teased me about my accent in a job interview. A man from New Jersey tried to hit on me in a bar by asking me to "say aboot." When I demurred, he asked me again, three more times. "I'd like to see someone try this with a Frenchman," I thought.

The implication was clear: Canadians are pushovers. I had always been quiet and shy, and was used to feeling uncomfortable in social situations, but this rankled. "Americans are self-important," I would tell my friends back home, "and they laugh whenever I pronounce 'sorry' or Regina." While other transplants were falling in love with the city, convinced they never would want to leave again, I was scrambling to avoid any commitment whatsoever.  I barely decorated my apartment; I tried not to make too many close friends; I eschewed dating. I refused to use anything but the Celsius scale when talking about the weather.

My accent was one of my key forms of resistance, and I started to exaggerate it. I would cartoonishly draw out my "oot" sounds when I met strangers, and I started punctuating my sentences with "eh," something I had never done before, but everybody seemed to think I should do, since they had seen Canadians do it in movies. My accent became a parody of what it was supposed to sound like, or what I sounded like back home. I was like a German speaker imitating the cast of "Fargo." A stranger I met in an airport asked me if I came from Alabama, because I sounded "so Southern and proper." Someone else thought I was South African.

My two-year anniversary in New York came and went, and somehow, I ended up staying. After finishing school, I found a job, and a work visa, and then another one. It wasn't a conscious choice, but it made sense, and my feelings about New York began to shift. I began to see those trademark American qualities from a new perspective. It wasn't that New Yorkers were aggressive or insensitive, they were assertive. They could ask for what they wanted. They weren't self-entitled so much as self-confident. They got things done.

And I started to want those qualities for myself. Now I would complain if my waiter got my order wrong, instead of eating whatever meal he brought me. I started standing my ground against my landlord. I would fight for a place in a crowded subway instead of getting pushed out. At one point, some Swedish tourists were blocking the doors of the subway at my stop. "Excuse me," I said, without any success. "Get out of my way!" I said again. When that didn't work, I yelled, "Get the fuck out of the way!" They scattered.

As I left that subway car, I was in shock: Did I really just swear at a group of middle-aged Swedes? Something had fundamentally changed -- I wasn't a polite Canadian anymore. I was something else: An asshole, maybe, but also mostly an impatient New Yorker. I felt like a new, assertive person. And, as time went by, I stopped noticing the fact that Americans spoke differently than me. The jokes about my accent dwindled. Despite my best intentions, I started to belong.

A few weeks ago, my friend Steve came to visit New York for the first time. We had grown up together in Edmonton, and we hadn't seen each other in a long time. Midway through our dinner, he said, "Thomas, you sound like an American. I can't hear your Canadian accent anymore. On top of that, you speak so much more aggressively. It's like you're always yelling."

"WHAT ARE YOU TALKING ABOUT?!" I screamed.

Over the last five years, my accent's makeover has mirrored my own transformation from shy, deferential Canadian into a moderately assertive American. I suppose it's a very mild version of what other immigrants go through upon their arrival in the United States -- the thousands of non-English speakers who face culture shock and widespread discrimination every year -- but it proves that whenever we arrive in a foreign place, we all have to figure out who we are and what we want to be. Our prejudices shatter and shift. It's not a sign of weakness -- it's a sign of growth.