It's time again to list the worst, most predictable and least interesting pundits in America 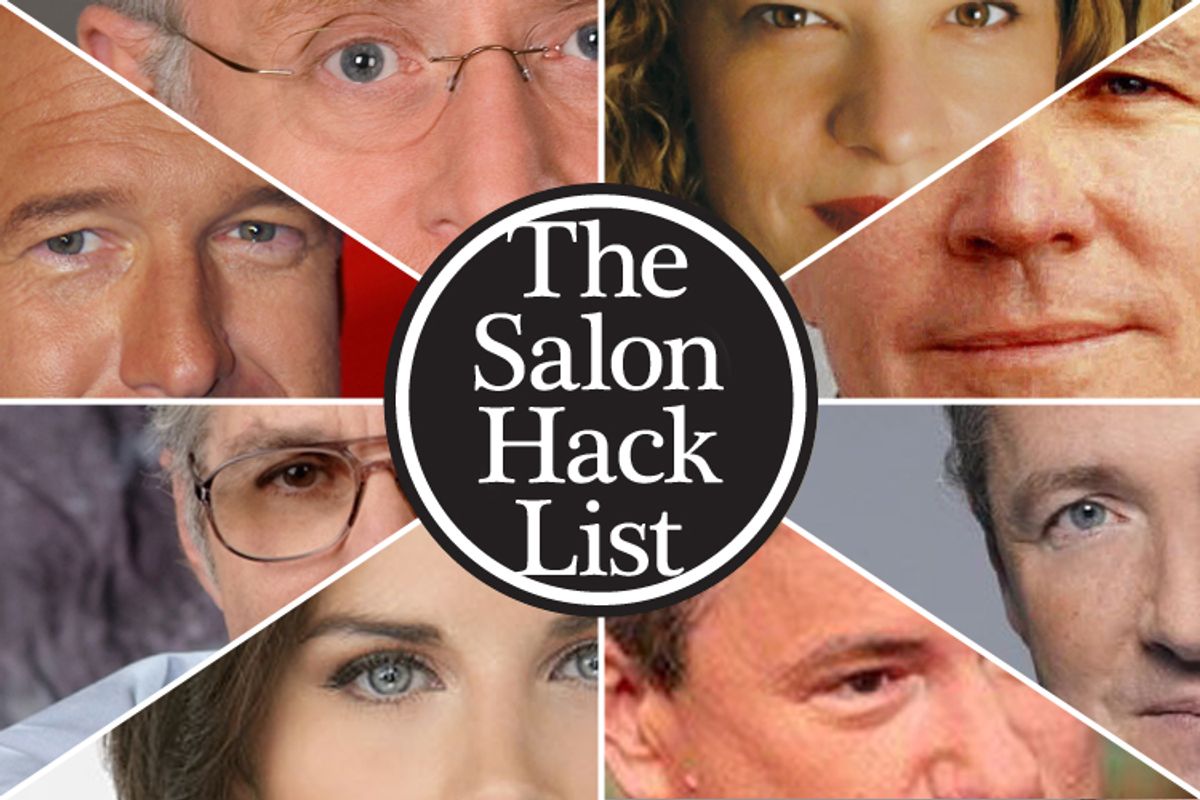 The Salon Hack List is a list of our least favorite political commentators, newspaper columnists, political news show hosts, and constant cable news presences, ranked roughly (but only roughly) in order of awfulness and then described rudely. Criteria for inclusion included being wrong about literally everything, shameless sycophancy, appearing on "Morning Joe" and being "Morning Joe."

Last year, our countdown was based on each hack's entire career. We're still looking at their whole bodies of work, but we're focusing on the hackiest thing each entrant did in this rapidly ending year.