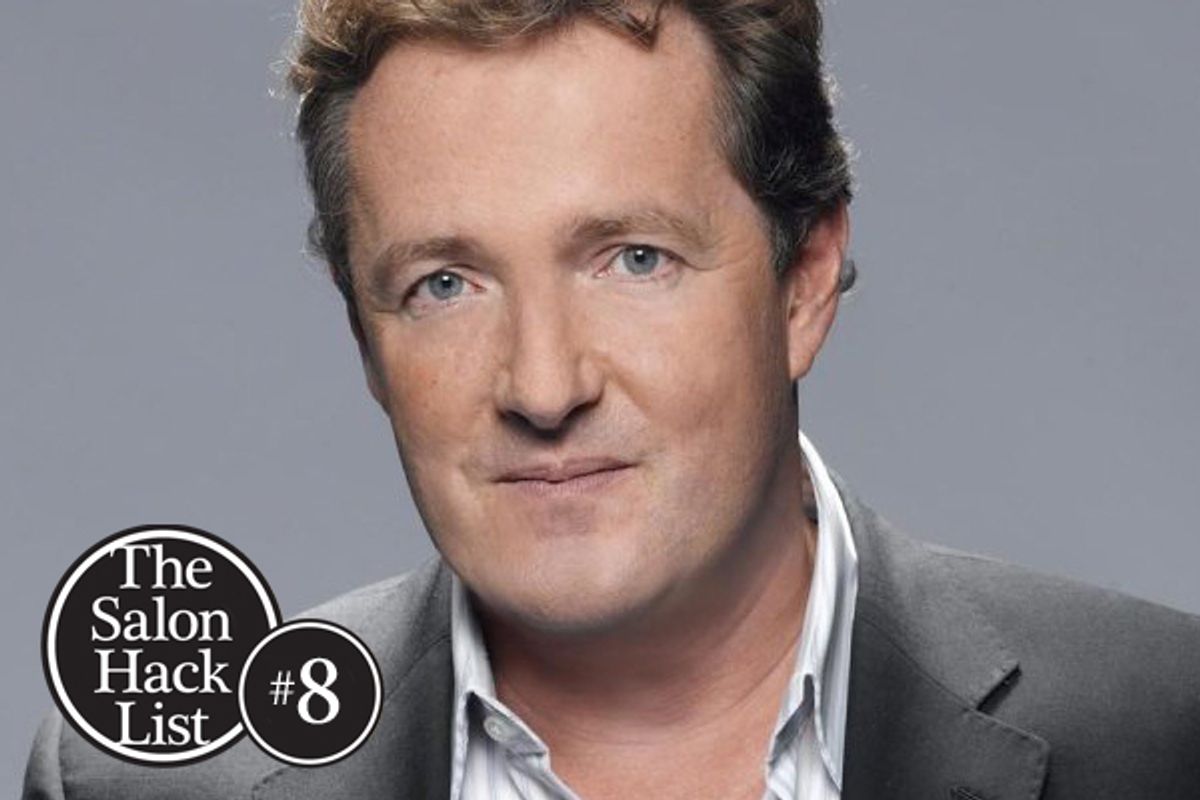 Let’s be honest: Larry King wasn’t much of a journalist. He was a lovable character, but he managed to get the big interviews because he lobbed softballs. But as I said, at least he was lovable. I’m not sure anyone besides a toxic celebrity’s public relations team could love Mr. Morgan, who alternates between fawning sycophancy and obvious contempt. Nothing about the man seems remotely sincere besides his self-regard.

And it’s odd that he even still has a career in what we’ll charitably refer to as journalism. As a talent show judge, a history of awful editorial decisions doesn’t much matter. But I’d argue that a news interview show host ought not to have been fired from the tabloid newspaper he ran for being credulous and sloppy enough to put a massive hoax on the front page, as Morgan famously did at the Daily Mirror.

Then there’s the fact that one former Mirror reporter has said phone-hacking was an “accepted technique” at Morgan’s paper, and Morgan has written of listening to a celebrity’s voice-mail message that was most likely obtained through the practice that’s landed other British tabloids in serious legal trouble. Morgan has issued a series of increasingly carefully worded denials.

Of course, even if he never condoned the hacking of a single phone, he'd still be an unctuous, unpleasant misogynist.