The best TV shows of the year

Slide show: From "Breaking Bad" to "Homeland" and with a surprise at No. 1, cable dominates the best shows of 2011 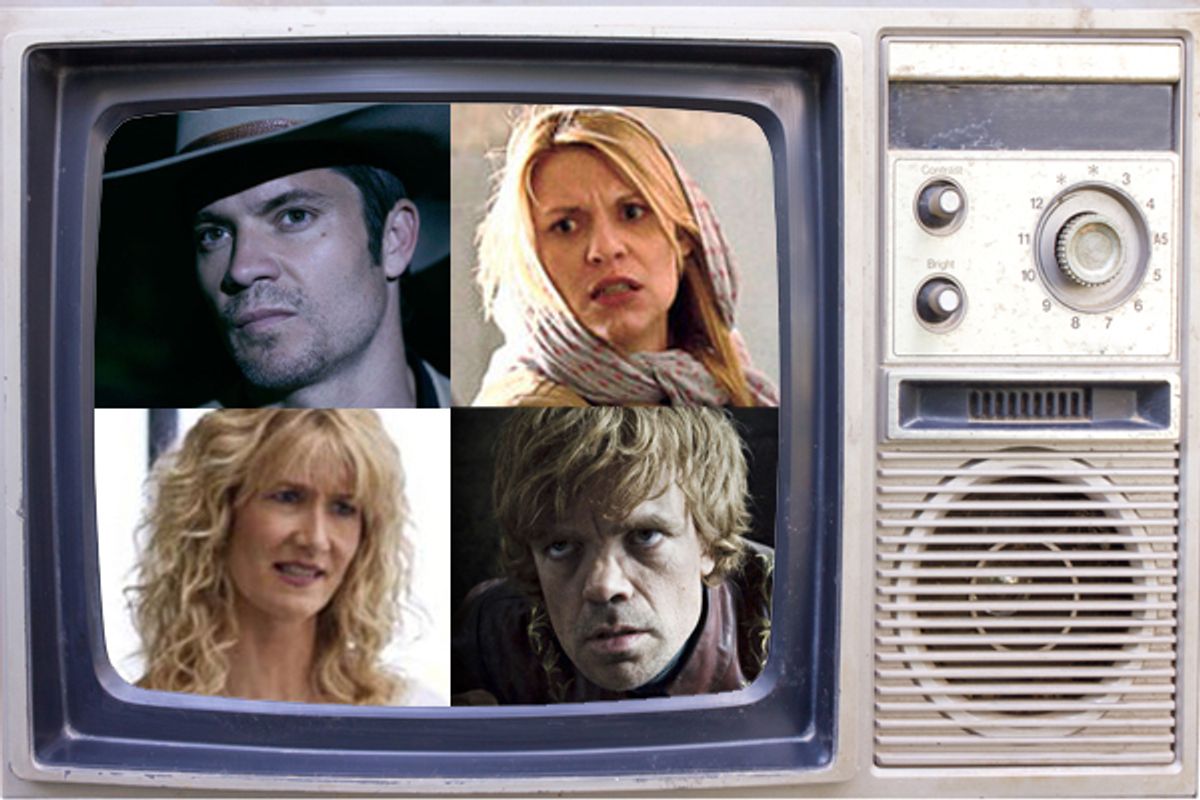 We're living in some kind of new Golden Age of scripted TV, and this year's best offerings were amazing. I decided to be rigorous and restrict myself to just 10 entries. It wasn't easy.

These 10 picks represent what I think were the most creative and consistently satisfying scripted comedies and dramas that aired on American TV during 2011. If I'd expanded the list to account for shows that were somewhat more erratic but that produced terrific individual episodes, this list would have had 30 or maybe even 40 titles on it. If anybody's curious, I may post the expanded list in the comments section.

You may see some of the runners-up cited next week, when I will present a slide show honoring the best individual episodes of scripted series. There might be an article listing the best nonfiction programs as well.