Christopher Hitchens was the most gifted rhetorician of his generation. His political judgment was another story 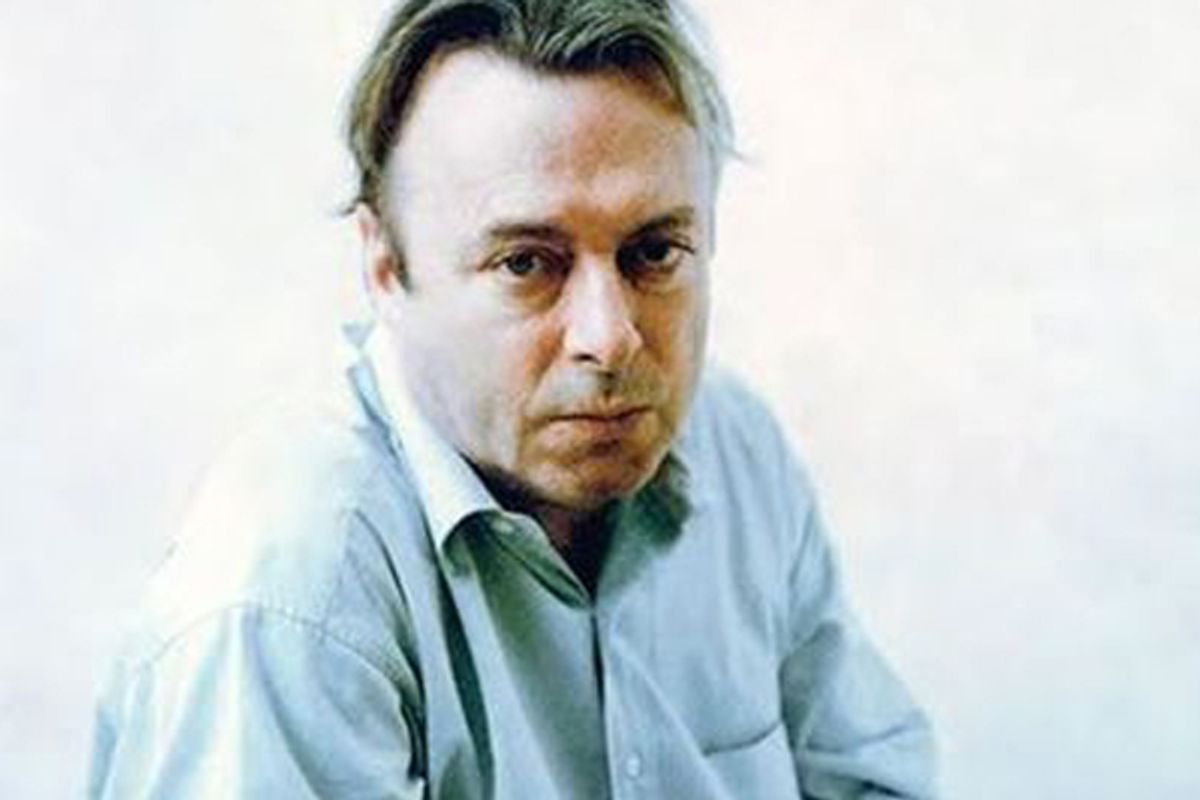 The first time I saw Christopher Hitchens speak was at a forum at U.C. Berkeley in 1989. I remember this somewhat disheveled Brit walking onto the stage and leaning over the lectern. There was something about him, a kind of languid, deliberate menace, that made me think of a boxer. Then he opened his mouth, and the most extraordinarily elegant invective I had ever heard flowed out. It was like watching a magician blowing a smoke ring that turned into a flock of birds – in Hitchens’ case they would be pterodactyls – that flew about in perfect formation for a while, then disappeared through the ceiling. I remember nothing about his speech except one phrase about the Bush I administration, which rolled off his tongue like a bite-size rhetorical bomb: “A Saturnalia of sycophancy and sadism.”

Any time someone who was the best at something dies, the world shrinks a little bit. It feels smaller today. One part of it especially feels smaller -- the world of words. For Christopher Hitchens was a virtuoso of language. As a baby, Mozart supposedly could tell if a violin was microscopically out of tune. I imagine Hitchens lying in his crib, wailing because his mother did not use a subordinate clause in exactly the right way to modulate to her conclusion. He was a rhetorical freak.

Hitchens was one of the great contemporary masters of argumentative prose. He had an unerring sense of logical structure, a maniacally precise gift for the mot juste, a huge frame of intellectual reference, and – this is what really pissed me off as a fellow toiler in the syntactical groves – a seemingly automatic ability to write transitions. He could practically do it in his sleep. A pal of mine once saw him drink an entire bottle of scotch at a dinner party, excuse himself, go upstairs, and come down 45 minutes later having filed a letter-perfect piece. At the absolute top of my game, I might briefly be able to keep up that pace on a stretch of level argumentative ground. But at the first transition, the first time a new idea loomed up like a mountain that had to be navigated around, I would be broken down in the ditch while Hitchens would be speeding off at 100 miles an hour, as debonair as James Bond.

Hitchens was not only virtuoso, he was a fearless virtuoso with a mean streak. This is a scary combination. When he attacked someone, there would not usually be a lot of them left for their next of kin to pick up. But if his combative style was his trademark, he was also capable of writing meandering, discursive, thoughtful essays, pieces driven not just by animus or the desire to dominate but carried on their own imaginative and logical momentum. There was a lot of Mencken, Swift and Orwell in Hitchens, but a little Montaigne and Sir Thomas Browne as well. The man had a very large mind, and by all accounts a very large heart as well.

One large question mark hangs over Hitchens’ career. For 10 years, whenever his name comes up, people have asked the same question: Why on earth did Hitchens support the Iraq War? And why did he never recant, even after it had become obvious to all but blind ideologues that the whole thing had been a disaster?

I do not have any personal insight into these questions. I met Hitchens a few times, but did not know him. But it appears that it was precisely Hitchens’ big heart, combined with certain eccentricities of judgment peculiar to those former Marxists that Isaac Deutscher called “inverted Stalinists,” that may have led him to go ideologically off the tracks.

An insightful piece about Hitchens by Salon’s Washington bureau chief Jefferson Morley makes clear that Hitchens’ disenchantment with Marxism, and his increasingly (and ultimately problematic) tendency to see politics in deeply personal terms, were closely related. Like many former Marxists, Hitchens had grown weary of the mental contortions (aka the “dialectic”) required to justify Stalinist/Communist tyranny. Morley points out that for Hitchens, flying in the face of left-liberal orthodoxy to embrace victims of injustice, no matter who their oppressors were, became a touchstone for his own intellectual integrity and honesty. Thus, Hitchens – to the dismay of his colleagues at the Nation, but correctly in my view – agreed with Ronald Reagan that the Soviet Union was an “Evil Empire.” For Hitchens, just because the despised Reagan said something did not mean that it was wrong.

Hitchens’ insistence on taking principled stands, as in his ringing defense of his friend Salman Rushdie against the death sentence handed down by Ayatollah Khomeini, is admirable as far as it goes. The problem is that he took his principled stands to self-defeating extremes. He was so idealistic, so black and white, so Manichaean in his moral judgments, that he ended up supporting political positions antithetical to his own deeply held convictions. For the world of politics and power cannot be negotiated or defined or dealt with purely in ethical terms. It is a world of grays, of compromises, of ugly regimes that must be tolerated because the alternative is worse. Hitchens was so obsessed with moral principle that it distorted his judgment.

Hence his misguided support for the war in Iraq. On the most crucial political and moral issue of our time, Hitchens took the wrong side. His friend Tom Luddy once told me that Hitchens supported the war simply because he was passionately opposed to fascism, no matter what form it took or where it was found. No one could argue with this. Hitchens also had many Iraqi and Kurdish friends who had suffered under Saddam Hussein’s tyranny, and whom he stood up for. Again, no one would argue that he was not right to do so.

But, of course, there is a world of difference between being opposed to Saddam’s fascism (and contrary to Hitchens’ specious neologism, there was nothing “Islamo” about Saddam’s fascism – he was just your garden-variety Stalinist monster) and supporting an unprovoked invasion that was likely to make things much worse.

I covered two debates between Hitchens and the journalist Mark Danner – one just before the war, one nine months after it began. In both debates Danner argued that war was too risky, while Hitchens asserted that war was both necessary and morally justified because Saddam was evil and dangerous. What was striking to me, particularly in the second debate, was both Hitchens’ moral fervor, and the weakness of his substantive arguments about the threat Saddam posed. Twice, he made flat assertions about the link between Saddam and al-Qaida-like jihadists (“There was and there is a Hitler-Stalin pact between the forces of jihad and the forces of Baathist totalitarianism”) that were simply false.

How could someone as knowledgeable as Hitchens embrace such sophistical arguments? And even if we give him a pass for supporting the war in its early days, after it turned into a bloody nightmare, why didn’t he acknowledge he had been wrong?

I suspect the answer has to do with Hitchens’ earlier Marxism. It is hard to escape the conclusion that at some level, Hitchens was indeed an “inverted Stalinist”: a former True Believer who simply transferred the rigid idealism of his old cause into an equally rigid insistence on seeing all politics as a matter of personal morality. As Ian Buruma wrote in the New York Review of Books, for Hitchens, “politics is essentially a matter of character … Politicians do bad things because they are bad men. The idea that good men can do terrible things (even for good reasons), and bad men good things, does not enter into this particular moral universe.” There is much to admire in Hitchens’ moral stance, but it led him into some corners he found himself unable or unwilling to extricate himself from.

But it would be wrong to end this appraisal there – and not just because de mortuis nil nisi bonum (a phrase Hitchens would not have had to Google, as I just did.) He may have made mistakes, as we all have, but his life and work should not be reduced to his sometime political misjudgments. In all ways, Christopher Hitchens was a force to be reckoned with. He was a powerful thinker, a courageous journalist and a superb stylist. In a monochrome world, he was a true original. Somewhere in a heaven he did not believe in, they’re emptying a bottle of the good stuff tonight, and writing an angelic obit on deadline.