When Hitch was wrong

He was disastrously wrong 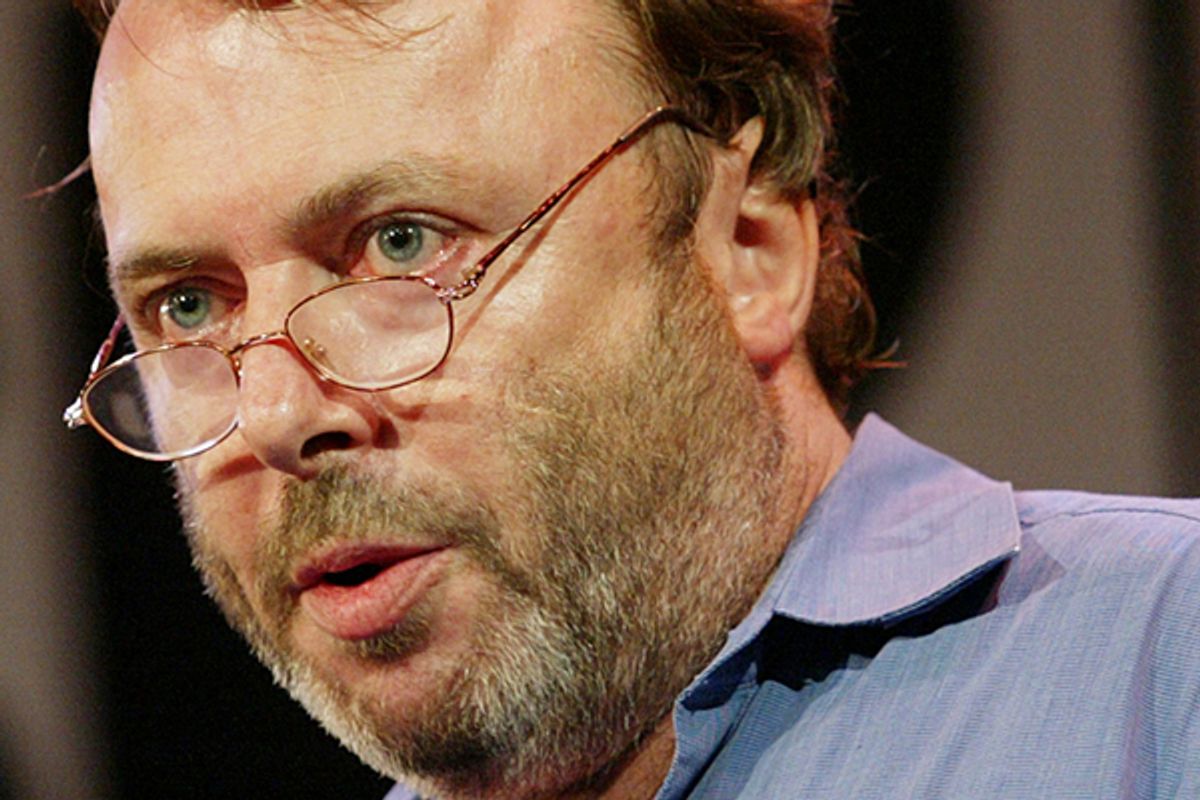 The late Christopher Hitchens had the professional contrarian's fixation on attacking sacred cows, and rather soon after his cancer diagnosis, he became one himself. I think he would've been disgusted to see too much worshipful treacle being written about him upon his untimely death, so let's remember that in addition to being a zingy writer and masterful debater, he was also a bellicose warmongering misogynist.

Upon the death of the unlamented Earl Butz, Hitchens excoriated editors who published sanitized obituaries of a man remembered solely for a vulgar racist remark made in public. Hitchens leaves a rather more varied legacy, but it's just as important not to whitewash his role in recent history.

There was no more forceful intellectual voice in support of the Iraq War than Hitchens. There were others who were more prominent, more influential or more persuasive, but Hitchens was the perfect shill for an administration looking to cast its half-baked invasion plans as a morally righteous intervention, because only he could call upon a career of denunciations of totalitarianism and defenses of human rights. (The fact that the war was supposed to be justified by weapons Saddam was supposedly developing didn't really matter to Hitchens.)

And so we had the world's self-appointed supreme defender of Orwell's legacy happily joining an extended misinformation campaign designed to sell an incompetent right-wing government's war of choice. The man who carefully laid out the case for arresting Henry Kissinger for war crimes was now palling around with Paul fucking Wolfowitz.

Once he became an unpaid administration propagandist, Hitchens, formerly a creature of left-wing magazines whose largest mainstream exposure was in Vanity Fair and occasionally on Charlie Rose, was suddenly on TV rather a lot. The lesson there, I think, is that the popular American mass media will make room for even a booze-swilling atheist Trotskyite if he's shilling for a the latest war.

And to be honest, his post-9/11 conception of an epoch-defining clash of civilizations between the secular West and the jihadists is more than slightly ridiculous. The secular West faces any number of graver existential threats -- like unaccountable too-big-to-fail financial institutions and climate change, to name two that immediately come to mind -- than that posed by the less-than 1 percent of the world's Muslim population that subscribes to Salafist jihadism. Hitchens, the old Orwell worshiper, clearly just wanted a great big generational threat to tackle fearlessly, with polemics attacking the sclerotic establishment liberals who failed to see that the world was at the brink of disaster. He was looking for his own Spanish Civil War. That's why he insisted on arguing that "Bin Ladenism" was equivalent to fascism.

On other fronts: His Clinton hatred was something more hysterical than reasonable (his book on the subject has the Lifetime Television Movie-worthy title "No One Left to Lie To") and his grand campaign for atheism involved a good deal of silliness as well (Bertrand Russell did the case against God earlier and better). He had an unpleasantly boorish attitude toward women, best exemplified by his embarrassing "why women aren't funny" bullshit. (Hitchens, it should be noted, enjoyed puns rather a lot.) And let's not forget his immortal review of Wanda Sykes' White House Correspondents' Association Dinner: "The black dyke got it wrong." Positively Butzian.

To the end he refused to admit he was "wrong" on the war, because his justifications for it shifted endlessly. The invasion was a humanitarian intervention "on the right side and for the right reasons" in a 2008 piece, in which he found the space to note that "the largest wetlands in the region, habitat of the historic Marsh Arabs, have been largely recuperated," but did not mention the war's more than 100,000 casualties.

There was always something cartoonish about old "Hitch" the rakish intellectual character, puffing away on cigarettes and slurring bon mots in interviews, penning furious denunciations of hypocritical public figures while hosting salons and drunken parties at his Washington, D.C., apartment that some of the most powerful and prominent people in the world of politics and media attended. But his most monumental public crusade had devastating consequences that he never fully grappled with.