Kurt Andersen argues the culture is stuck. Perhaps it is -- for boomers who don't keep up and are what they buy 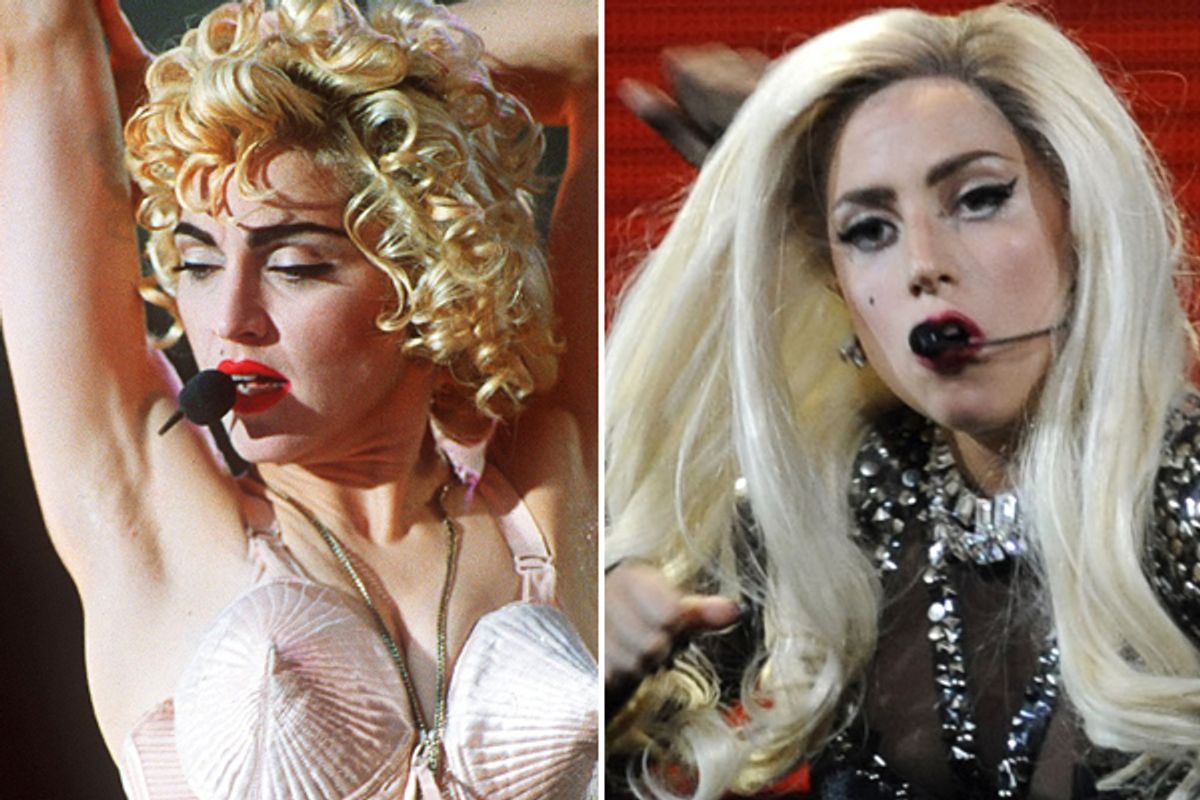 Kurt Andersen has really done it now. His more than three decades spent monitoring the tremolo fluctuations in urban American style, power and class distinctions appear to have ended in defeat, with a single, glum Vanity Fair essay, “You Say You Want a Devolution.” Andersen thinks cultural change has come skidding to a stop. It’s his strangely unironic nod to Francis Fukuyama, who in 1991 proclaimed the end of history, and subsequently became Exhibit A of the dangers of intellectual overreach. But Andersen confidently name-checks Fukuyama as he concludes that the last 20 years have seen culture fizzle out.

The early 2010s, in his analysis, and the early 1990s are effectively indistinguishable. He admits that there may have been minor modifications to the stock American uniform of jeans and T-shirts since the administration of Bush 41 and Desert Storm, but radical change of the sort that we used to demand from art and music has instead become concentrated in the realm of technology. Our computer code is magnificent. Our dress code, and pretty much everything else, is devoid of innovation, he argues.

[I]n this thrilling but disconcerting time of technological and other disruptions, people are comforted by a world that at least still looks the way it did in the past. But the other part of the explanation is economic: like any lucrative capitalist sector, our massively scaled-up new style industry naturally seeks stability and predictability … Capitalism may depend on perpetual creative destruction, but the last thing anybody wants is their business to be the one creatively destroyed. Now that multi-billion-dollar enterprises have become style businesses and style businesses have become multi-billion-dollar enterprises, a massive damper has been placed on the general impetus for innovation and change.

You can’t blame Andersen — who came of age in the 1970s, when the country was at the ragged conclusion of 20 years of general misbehavior, protest, liberation, warfare, substance abuse, sexual indulgence and youthful swagger — for harrumphing at the current Starbucks-ified state of things. It’s mildly irritating that he’s chosen to graft the fashionable language of modern business, with its embrace of Schumpeterian “creative destruction” and the peppier “disruptive innovation,” onto his argument about the broader culture. Andersen never strains to be hip, preferring instead to channel whatever happens to be cool through his dry, Midwestern diffidence, passing it out the other side as a kind of FM radio of cultural anthropology. This time around you can see the veins popping just a bit, though.

Still, strictly speaking, he isn't wrong about there being more dramatic difference between “For Whom the Bell Tolls” and “Catch 22” than between Madonna and Lady Gaga. The pace of change between 1914 and 1989 was notably frantic. It had to slow down at some point, and if the 1960s were the apotheosis of this episode, then perhaps the early decades of the 21st century are setting the stage for changes that are driven more by substance than style.

Andersen suggests that this signals decline and fall rather than something brave and new:

So maybe we are coming to the end of this cultural era of the Same Old Same Old. As the baby-boomers who brought about this ice age finally shuffle off, maybe America and the rich world are on the verge of a cascade of the wildly new and insanely great. Or maybe, I worry some days, this is the way that Western civilization declines, not with a bang but with a long, nostalgic whimper.

On the other hand, you can argue with every single one of Andersen’s claims, because “difference” and “innovation” are, in the end, in the eye of the beholder. The jeggings and Threadless T-shirts of 2011 are waaayyy different from the Levi’s and Beefy-Ts of the 1980s. Compared to Lady Gaga’s explosion of the very concept of celebrity, Madonna is a provocateur with a 20th-century bourgeois heart, who craved fame the way she craved first a movie-star husband, then a British one who she could get married to in a castle.

Andersen argues that Wilco in 1991 is the same as Wilco in 2011, a neat trick since, as many readers of Andersen’s piece rushed to point out, Wilco didn't form until 1995 -- but in any case a failure to appreciate the band’s growth from a conservative alt-country band into, yes, an innovator whose experimental, improvisational spirit opened the door for dozens of other acclaimed indie bands, all quite distinguishable, if you’re listening, from each other.

Andersen might also be the only critic who would argue that Douglas Coupland's "Generation X" is "in no way dated," or confuse a Josh Ritter song with a Bob Dylan tune.

New technology, he writes, has reinforced the nostalgic cultural gaze. He’s not the first to note that nostalgia is pervasive at the moment, with virtually everything ever produced in any medium so easily accessible, so primed for re-discovering, that it’s tamping down our desire to produce and consume newness. But there’s more going on than that. Hasn't technology also made HBO and Showtime and AMC possible? Cable television has made what we watch in 2011 dramatically different, and dramatically superior, to what we viewed 20 years ago.

Andersen wishes for bolder design. Car design might not be as brash as it was in 1957, but vehicles are now marvels of safety and performance. The flashy changes in sheet metal that used to mark each model year gave way to changes in electronic engine monitoring. In an accident, for example, you’re unlikely to be impaled by your steering wheel, or see your trunk burst into flames. In 2011, usefulness and thoughtful details, and what’s under the hood, matter more than radical transformations of style.

In the 20th century, what’s more, that constant change in the look of hair, shoes, clothes, and makeup – what makes it possible for Andersen to distinguish easily a photo of people in the 1920s from people in the 1950s – was the byproduct of an oppressive social conformity that began with the way people had to dress. What has happened since is a successful revolution in personal freedom that has benefited women, especially. In the 1950s, my mother could never dream of wearing pants to her progressive, urban high school. It wasn’t until the mid-1960s that she finally dared to wear “slacks” in public. In my own 1970s childhood, we listened to “Free to Be You and Me,” which was all about pumping us up with the courage still needed to be ever so slightly different. I could wear pants, but I recall viscerally the terror of discovering I’d grown overnight and they’d suddenly become highwaters. Now, you can pretty much wear anything, pierce anything, tattoo anything, or shave anything, which also means you don’t have to bother.

Fortune favors the bold, in style and in artmaking as in everything else, but what looks to Andersen like the vigorous innovation of decades past was in many cases a flashy railing against convention, producing work that was equally ephemeral. Nowadays, we don’t throw out the old to embrace the new — we update the operating system and move on to the next iteration. The 1960s were definitely not the 2.0 release of the 1950s.

I guess you can’t fault Andersen for wanting culture to be an adventure – though he also seems to think that means providing him with endless stimulation. But what is really lost if the shock of the radically new doesn’t show up every 10 years to give him pleasure and make it easy to differentiate decades? Notably absent from the essay is an acknowledgement that all the rad stylistic innovation that ended sometime in the early 1990s had to be paid for with borrowed money. Andersen is a child of the Great American Financial Expansion that crashed and burned in 2008, groaning under the weight of the millions of spacious, elegant homes now inhabited by Boomers, and the pressure of the post-9/11 Boomer wars in Iraq and Afghanistan, and drip drip drip of the barrage of needless medical tests performed every time a Boomer has a headache. Of course the party’s over. The money has all dried up.

Technology is definitely making lifestyle — and the expense associated with acquiring it — less relevant. (Which is fortunate for those of us who can no longer afford much of one, anyway.) Much of what Andersen prizes from the allegedly more innovative American past is just display. But when your life — public and private, working and leisurely — revolves around a MacBook and an iPhone, and constant, disembodied exchanges of information in placeless cyber realms… well, you don’t need to overturn the Aeron chair, do you? Nor do you need to fixate on the status-symbolism of where you live. Best of all, you don’t need to worry about what you buy and what it says about you, because you may buy very little.

Andersen believes we’re stopped innovating culturally because it’s just all become too, too much. Sheltering ourselves has become our collective defense against meltdown in the searing heat of technological advance. “[T]hese stagnant last couple of decades may be a secular rather than cyclical trend, the beginning of American civilization’s new chronic condition, a permanent loss of appetite for innovation and the shockingly new,” he writes.

Or maybe external change isn’t what we’re all about anymore. Andersen signs off with that fretful allusion to T.S. Eliot’s “Hollow Men,” about the world ending not with a bang but with a whimper. But more than likely the end is not yet upon us, and so what we might want to do now, you and I, is enjoy our freedom to not prepare a face to meet the faces that we meet.