As North Koreans are told to rally around the leader's enigmatic son, other regional powers brace for the worst 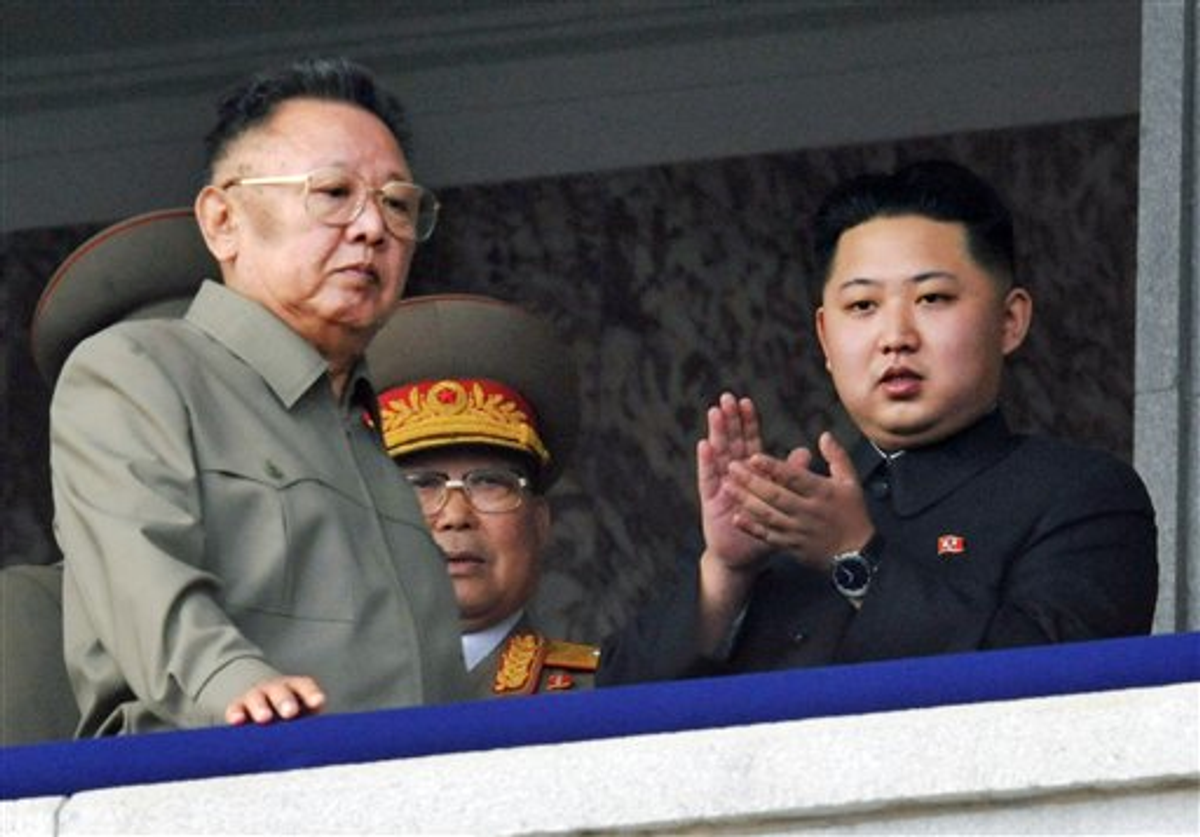 BANGKOK, Thailand — North Koreans lucky enough to own TVs learned of their nation’s biggest event in decades from a stout, sobbing anchorwoman in black robes.

“Our comrade, Kim Jong Il, the General Secretary of the Korean Workers Party, the Chairman of the National Defense Commission and the commander of the Korean People’s Army has died,” read the news presenter, her voice quivering with grief.

“We make this announcement with great sorrow.”

It has been received, however, with great uncertainty.

Even experts on North Korea concede that intelligence from the secretive, authoritarian state amounts to rumor and guesswork. Following an announcement that Jong Il suffered a fatal heart attack in a train carriage, North Korea’s unpredictability is driving its enemies to brace for the worst.

Inside North Korea, where Kim Jong Il lorded over 24 million citizens like an emperor, the communist government has urged the public to remain strong despite their grief.

In video posted by North Korea’s propaganda outlet, mourners are seen red-faced and wailing on the freezing pavement in the capital of Pyongyang. Uniformed men and little girls alike prostrated before Kim Jong Il’s image. Their anguished groans left puffs of steam in the frigid air.

North Koreans are now told to rally behind a baby-faced heir called the “righteous cloud” or the “young general,” a son of Kim Jong Il’s named Kim Jong Un.

Poised to take his father’s job, Kim Jong Un underscores North Korea’s elusive nature: No one knows his exact age, though estimates run between 27 and 30. Little is known about his background, though he is Swiss educated and believed to speak English.

The young general will soon help arrange a mighty sendoff for his father, described in an official state obituary as “a great revolutionary who covered an untrodden thorny path with his iron will and superhuman energy.”

But while Kim Jong Il’s tastes in booze, women and cuisine were outrageous to the extreme, and his ego was boundless, the government will likely throw a ceremony less grandiose than the 1994 funeral of his father, Kim Il Sung.

“That was essentially to show his filial piety, that he was a good Confucian son who would follow his father’s lead,” said Bradley K. Martin, a veteran journalist and author of “Under the Loving Care of the Fatherly Leader,” a book about the Kim dynasty.

However, Martin said, “we won’t see quite the same sort of production we saw for Kim Jong Il’s father’s funeral and sendoff.” Kim Jong Il, he said, was careful not to upstage his father and his successors will likely follow suit.

What we could see instead, judging by maneuvers in South Korea and Japan, is dangerous bluster from Kim Jong Un. With such a young, mysterious man poised to take the throne, North Korea’s regional foes are taking no chances.

South Korea has placed all troops and officials on “emergency response status,” according to the Seoul-based Yonhap News outlet, and raised its anti-North Korea surveillance system, Watchcon, to a stage indicating a “vital threat.” Japan’s military is urging “vigilance.”

But North Korea’s recurring threat to turn Seoul into a “sea of fire” aside, Pyongyang has so far offered no sign that its leader’s death will shift its 1.2 million troops into attack mode.

Such consternation has already made its way to Washington DC, where the conservative think-tank Heritage Foundation warns that: “To secure his hold on power, Kim Jong Un may instigate a crisis in order to generate a ‘rally around the flag effect.’”

Earlier this year, North Korea experts writing for the U.S.-based academic journal International Security offered an even more frightful warning: “A collapse of the North Korean government could have several dangerous implications for East Asia, including ‘loose nukes,’ a humanitarian disaster, a regional refugee crisis and potential escalation to war between China and the United States.”