Whether you look at job stats or the pay gap, at the movie awards or Sunday morning TV, it's been a rough 2011 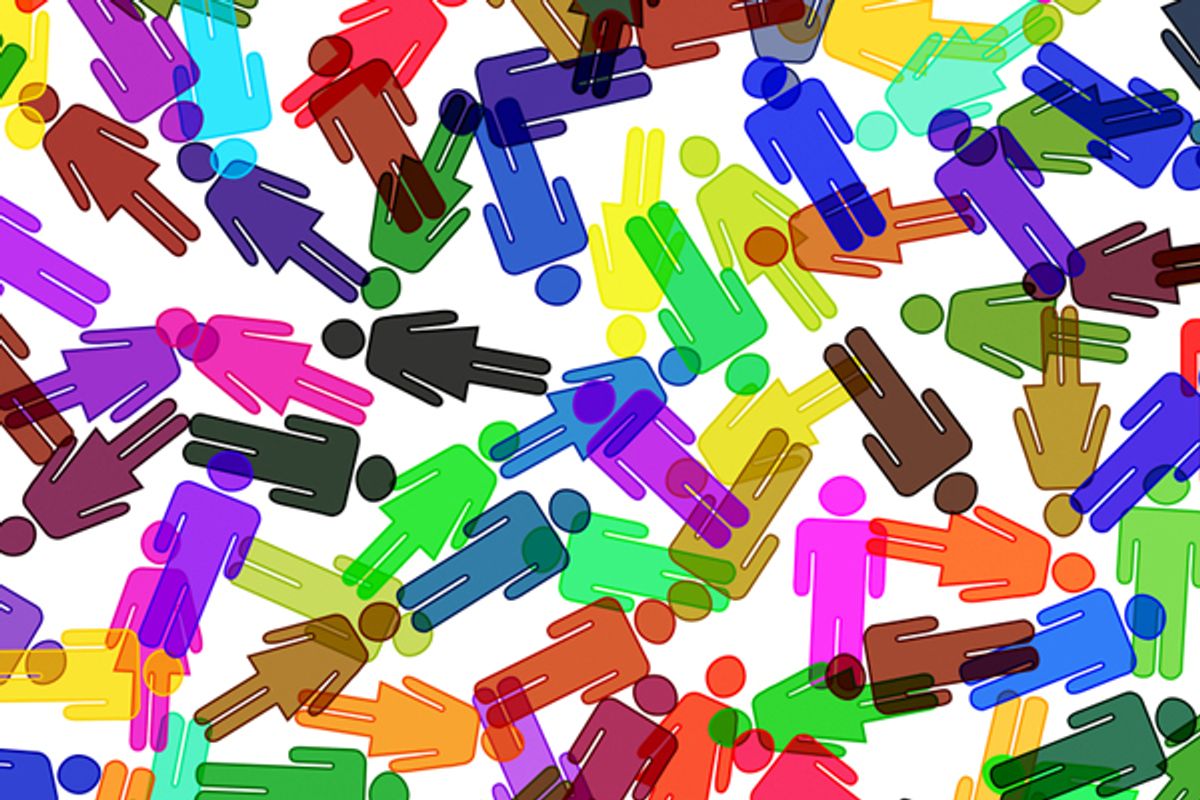 From headlines last week alone: "Women have made no significant gains in the last year and are no further along the corporate ladder than they were six years ago." The only woman hosting a network Sunday talk show (and that redoubt of monochromatic smugness still matters for something) moved on after what's generally believed to be failure, to be replaced by the guy who held the job before her.

The top woman in the Defense Department walked away from the job, at least for now. Despite the success of "Bridesmaids" and the fact that Kathryn Bigelow won an Oscar for best director two years ago, the early awards show indications aren't looking good for women who aren't actresses. (What, once wasn't enough for you?) Only one of the 11 new inductees to the Rock and Roll Hall of Fame --  and less than 14 percent of all of them, ever -- are women. The only female runner-up to be Time magazine's Person of the Year is Kate Middleton, who, to be fair, did look very pretty in her wedding dress.

Of course, as sick as I am of reading "where are the women" stories (or writing them, again and again), the stories aren't so much the problem as the grindingly repetitive circumstances that keep generating them. On the micro level, it's easier to dismiss each individual example (maybe it just wasn't the right job for Christiane Amanpour, who will be just fine in her dual roles at ABC and CNN!) and to lament that each woman has to stand for so much more than herself. In the aggregate, it feels like an incessant game of one step forward, two steps back for women -- whether your preferred explanations are discrimination and systemic barriers to women's progress in the workplace like family leave policies, an "ambition gap," or some sort of natural order of things.

Maybe it's this same exhaustion at reading about how little women have progressed that leads to the recent subgenre focusing on an ascendancy of women at the expense of men. In other words, what if women aren't losing ... but winning? To be clear, this is not a go-us-girls celebration, but an apparently profitable provocation that focuses on a handful of gains for American women with some worry about what it means for the men.  We can expect at least two books in the near future in this vein, and for now, a newspaper entry to whet your appetite, in the New York Times/International Herald Tribune's habitually clunky, reductive "Female Factor" column.

It's worth quoting the first two paragraphs in full to get a sense of both the banality and imprecision:

As the year ends, much of the talk around women — at least in the United States — has moved from empowerment and global gender gaps to the trend of young single women out-earning men and the rise of female breadwinners.

There are so many views and theories out there, some of them driven by independent research and others by personal experience and still others by a chatty blend of both, that we are getting a sometimes confounding, always provocative and occasionally contradictory picture.

Well, you can start with that oft-cited stat about the young single women who are out-earning men. (Extra red flag in the piece: "Although that study of 2,000 communities was done only in the United States, it points to a global trend." Just take her word for it!) As Autostraddle blogger Carolyn points out in response to the Times piece, this is true if you happen to be single, childless, under 30 and living in a big city. Not coincidentally, many of these are big cities where men are earning less because of an eroded manufacturing base and/or come from groups where men are less likely to graduate from college. Maybe those relatively high-earning women under 30 will grow up and become CEOs -- let's hope, at least -- but women who plan to grow older, have kids or maybe live elsewhere have no reason to expect, in the aggregate, anything different from the 23 percent wage gap among female full-time workers, which remained unchanged in 2010.

Meanwhile, you've probably heard of the mancession. It's less likely that you saw one of the very few headlines about how few of the job gains have gone to women: According to the Institute of Policy Research's analysis of Bureau of Labor Statistics numbers, "Men have recovered 32 percent of the total jobs lost between December 2007 and the present; women, on the other hand, have regained only 20 percent during the same period."

When I've read Liza Mundy's "The Richer Sex: How the New Majority of Female Breadwinners Is Transforming Sex, Love and Family" (forthcoming in March), I'll have a better idea of what she's arguing, but judging from the Times' interview in the same story (which also notes that female breadwinners are "by no means yet the majority"), it's fairly contradictory. Mundy is quoted describing the stigmas levied on successful women, who try to downplay their accomplishments to avoid intimidating men. And that “many couples are perfectly content and well adjusted, but for the stigmatizing opposition of friends, family, in-laws and even religious traditions.” This all sounds perfectly reasonable for the vague demographic in question (women who out-earn their spouses? Women whose spouses are unemployed, a demographic that grew in the recession but may have since shrunk?) coming to terms with a life different from the societal expectation.

But then she says that it's women who have to change: “I think women are going to have to abandon the traditional 50-50 everything-must-be-equal feminist mind-set, and learn to value husbands and partners who are becoming more domesticated and supportive." Did you know that the average woman is obsessed with a 50-50 apportionment of responsibility, or that the feminist mind-set was about devaluing men who pitched in at home? Perhaps this is what's meant by a "chatty blend."

Maybe the dissonance between the mostly grim headlines about American women's progress and the mild hand-wringing of the women-on-top school is more than just which indicators you think matter (or which statistics you cherry-pick). It's also about the supposition that what women have managed to gain in the last 40 years adds up to a wild feminist hegemony, which now requires a sober-eyed reassessment. Meanwhile, it's less fun to point out the many things that are still lagging -- but it's even more frustrating that it's still necessary.