Professional fact-checking about as broken as professional journalism 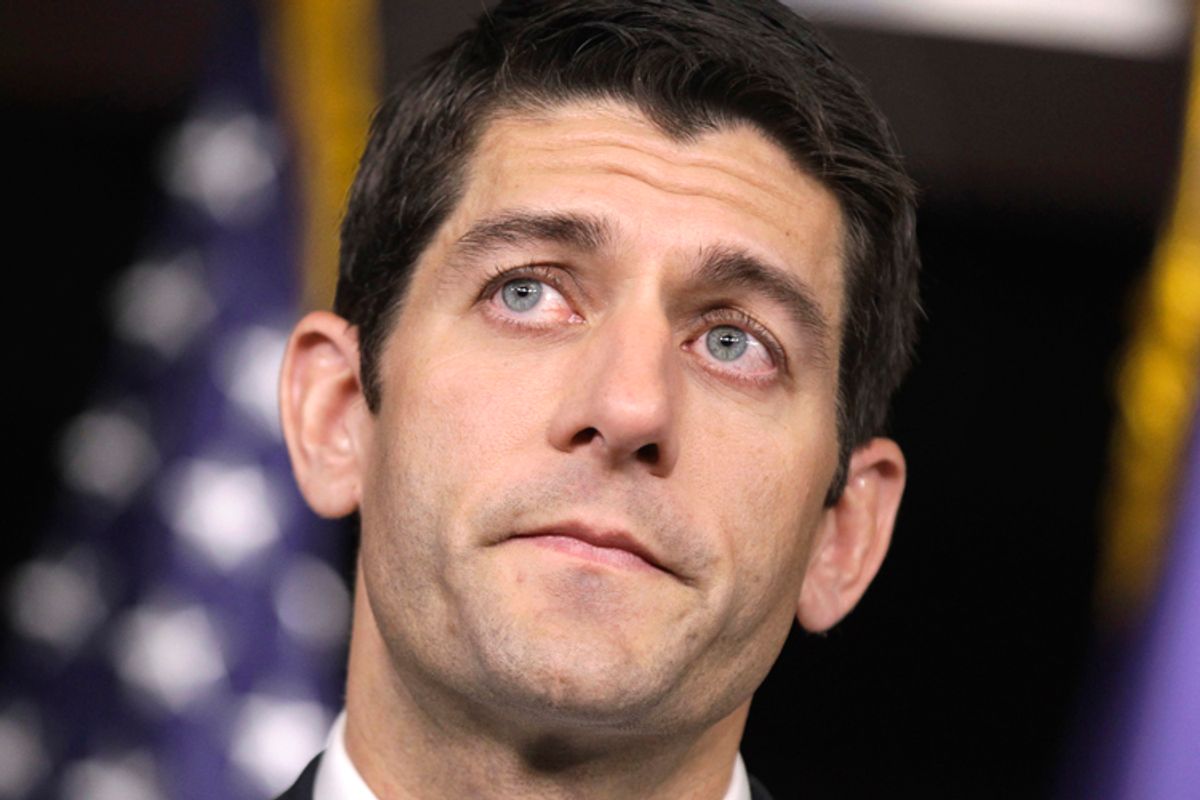 If I were to, say, swipe your grandfather's copy of "See, I Told You So" by Rush Limbaugh from his den, and then mail him a gift card good for a portion of the price of an Amazon Kindle, I think your grandfather would be well within his rights to call me a thief and possibly a communist. Politifact disagrees, apparently, as Democrats have been accused of telling the "lie of the year" for arguing that a vote to replace Medicare with a private voucher system does not constitute voting to "end" the program. The government program that would be replaced with a private voucher system. Replacing a thing with something else no longer constitutes getting rid of that thing. FYI.

Politifact's decision, needless to say, frustrated a lot of people. They have been accused of naming this arguably true claim the year's biggest lie because Rep. Paul Ryan, the man who came up with the Medicare-replacing plan, launched a big letter-writing campaign lobbying for it, complete with a badly lit YouTube video. Paul Krugman and others say that Politifact made this decision in the interest of achieving the illusion of "balance," because the past couple "lies of the year" have all belonged to Republicans.

The central argument for labeling this statement a "lie" is that campaign ads were produced that were supposed to scare senior citizens into voting for Democrats, even though the Republican plan exempted people who are currently senior citizens. The idea is that scare-mongering is basically the same thing as deceiving, which seems to make it extremely difficult to make a forceful political argument, in cases where you believe your opponent's policies would make things radically worse.

Though it's received less attention so far, Factcheck.org named the Medicare claim one of its three "Whoppers of 2011." According to Factcheck, saying the Ryan plan would "essentially end Medicare" doesn't count as a true statement because Democrat Ron Wyden joined with Paul Ryan to endorse a similar plan. Also saying it involves "cutting benefits for seniors" is false because the plan would only go into effect for people who will be seniors in the future.

This means the problem is not an isolated one. It's not simply the journalists at Politifact clinging to a dubious claim because it grants them non-partisan cover. There is something broken about the institution of "fact-checking" as it currently operates.

As CJR said, in an editorial quoted by the New Republic's Alec MacGillis: "One can mislead without betraying a carefully constructed set of facts." And one can tell the truth while exaggerating or engaging in hyperbole. I think the simple truth, in this instance, is that these fact-checkers all saw the frankly ridiculous ads in which old people were wheeled to the brink of a cliff and thought it was all a bit much, and certainly not a sober explanation of the Ryan plan. And I think the political reporter's natural cynicism, the conviction that both sides lie equally and often, led them to believe that there was no substantial difference between Sarah Palin labeling a review board a "death panel" and Democrats labeling the effective transformation of Medicare into a different thing the "end of Medicare" (while using scare-the-seniors visuals).

In other words, fact-checking practiced under the operating rules of "unbiased" "objective" political journalism will sometimes just highlight the failings of "unbiased" "objective" political journalism. Sometimes, the fact-check will look like a bad "centrist's" opinion column. (The Ryan plan may radically alter Medicare, but it's irresponsible to say it ends it, says David Brooks....)

The press has a real and serious need for a mechanism by which it can report the unvarnished truth, which by necessity involves judgment calls and the application of critical thinking that can often look like "bias." Right now, the most prominent version of that mechanism has revealed itself to be as flawed as the rest of the political press.