Bubba weighs in on the president's shot at another term, and sizes up the Republican candidates 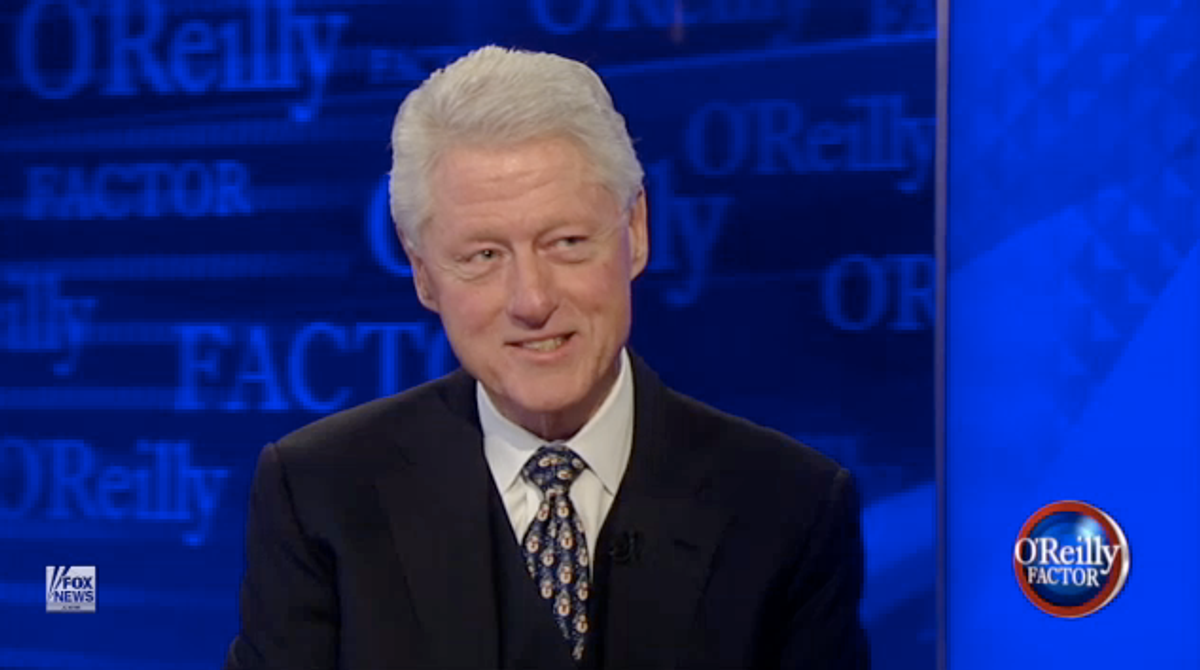 Bill Clinton sat down for an long interview with Bill O'Reilly last night on Fox News, where the two discussed everything from economic and immigration policy, to the horse-race politics of the 2012 election. Clinton issued a favorable forecast for Barack Obama's re-election -- saying his prospects were better than 50/50 -- and commented that the president's current, tougher political posture would help him in the long run.

"[Obama's] out there running against himself now," Clinton said. "Soon as he gets an opponent, it will be about the next four years -- who do you think is going to take us in the right direction."

Clinton also weighed in a few of the Republican candidates, saying of one-time nemesis Newt Gingrich that he respected the man's ability to "think and do." The former president was, however, momentarily lost for words when O'Reilly followed up by asking if he respected Gingrich "as a man." Clinton tip-toed around the answer, then spent the next few moments criticizng the former speaker's "scorched-earth" political approach.

When questioned about Mitt Romney, Clinton damned the former Massachusetts governor with praise for his Massachusetts health reform legislation. He stopped short, however, of issuing any endorsements for the Republican primary, saying only that he would vote for Barack Obama regardless in the general election. In fact, the closest he would get to voicing support for any of the candidates was when he mentioned that he liked Jon Huntsman -- though he then quickly poked fun at the Utahan's meager support in the polls.

You can find the full, 40-minute interview here.