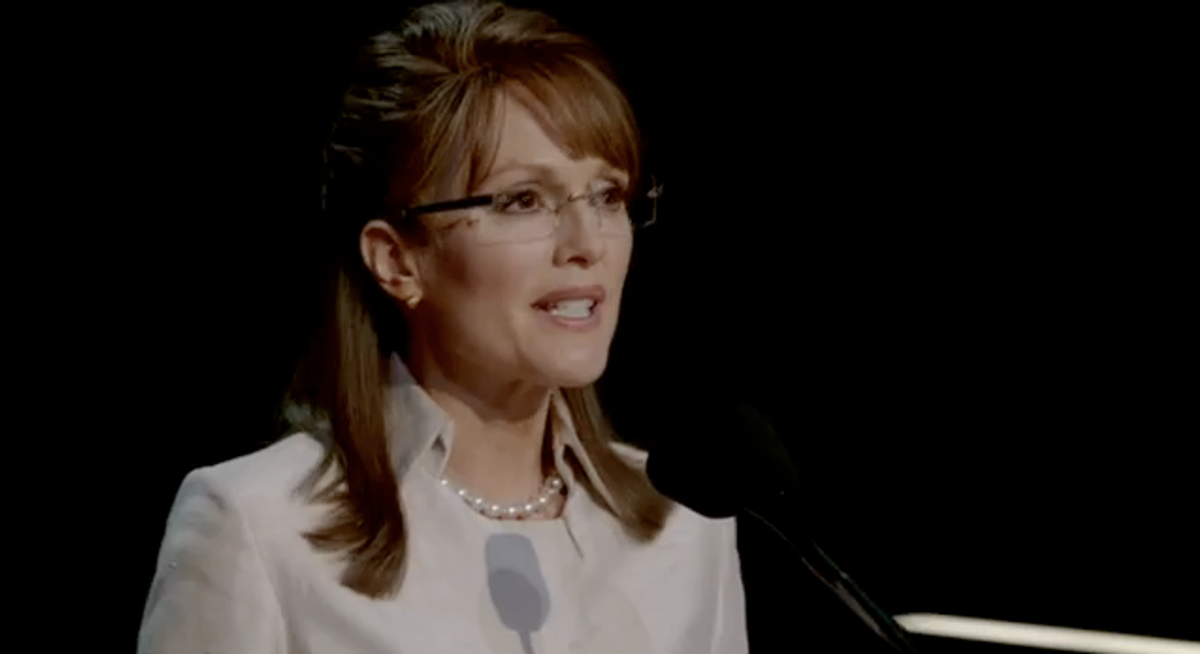 The 2008 presidential election was the stuff of modern myth-making: an epic Democratic primary contest, the legacy of two wars, a catastrophic financial collapse -- and the election of our country's first black president. True, it was the arc of Sarah Palin's vice presidential candidacy that helped define the campaign's homestretch, and also provided maybe the general election's most dramatically potent subplot. That in mind, it's possible we can still jive with the upcoming adaptation of John Heilemann and Mark Halperin's campaign yarn, "Game Change," despite its narrow focus on only six of the book's 23 chapters (i.e. the ones that deal with Palin). Just judging by the newly released trailer, the film should be plenty entertaining, if nothing else, and Julianne Moore does a mean Palin impression.