Christmas fading in the Holy Land

In birthplace of Jesus, the exodus of Christians continues 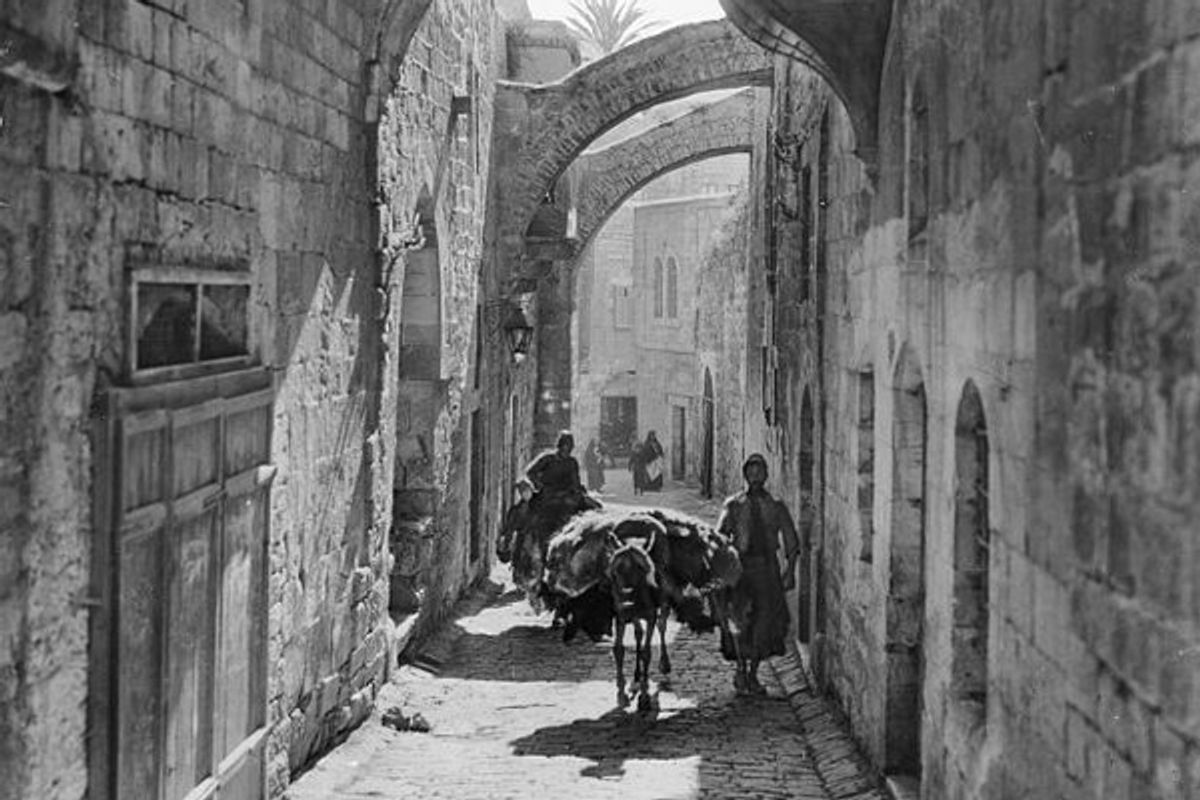 In Jerusalem Christmas isn't much of a holiday. (Wikipedia)
--

JERUSALEM -- In the land that put Christ in Christmas, Christianity is shrinking.

One major factor in the decline of Christianity here: the Israeli-Palestinian conflict. The Arab-Israeli war of 1948 caused hundreds of thousands of Palestinians to flee or be driven out of their homes, most never to return – and each subsequent war has led to more Palestinians leaving. Today, though Palestinians are often materially better off than other Arabs, restrictions on movement, lack of economic opportunity, unemployment and the constant indignity of living under occupation prompt many to seek out new homes. Palestinian Christians, relatively better educated that Palestinian Muslims and sharing a common religion with the West, have generally been better placed to leave the region.

“Many Christians prioritize their religion over their nationality, thus feeling at home in Western Christian countries as immigrants,” says Ameer Sader, who teaches English and works as a young guide at the National Museum of Science and Technology in Haifa.

“Also, the fertility rate among Christians is the lowest within Israel and Palestine, playing a role, however small it is, in their decline," he added.

But the exodus is not solely a Christian phenomenon.

“What is often ignored is the huge number of young Muslims who are leaving. And don’t forget there are more Palestinian Muslims living abroad than Christians,” says Dimitri Karkar, a Palestinian Christian businessman. Karkar lives in Ramallah, which has grown with the influx of refugees from other parts of historic Palestine and Israel’s continued annexation of East Jerusalem. Once a small village, Ramallah has become the de facto administrative capital of Palestine, where about a quarter of its population today is Christian.

Another factor: Christian charities and missionaries, who often do valuable work here, also have played an unwitting role in the exodus of Christians.

“I think that an awful lot of well-meaning Christians in the West, whether they are in America, Britain or other places, have poured a lot of money into the West Bank, and specifically into the churches and ministries here,” observes Richard Meryon, director of Jerusalem’s Garden Tomb, which is locked in a spiritual/territorial dispute with the nearby Church of the Holy Sepulchre over the exact location of the crucifixion, burial and resurrection of Jesus.

This outside aid, he notes, “is causing a hemorrhaging of Palestinian believers,” because many are given assistance to move to the West to study but, once there, decide never to return. At the same time, he points out, the numbers of foreign believers and Messianic Jews who believe in Jesus are rising.

And not all Christian activity has been “well-meaning.” For example, so-called Christian Zionists are passionately, even virulently, pro-Israeli, and many come to the Holy Land (some on Harley Davidsons) to express their support. They show rather less interest in the Christians who actually live there.

Republican presidential contender Newt Gingrich seems to even doubt they exist. In an apparent bid to court the Christian Zionist and pro-Israel right, Gingrich made the outrageous claim that “We have invented the Palestinian people,” as if the Palestinians I encounter every day here are figments of the imagination.

Foreign Christians and pilgrims tend to romanticize the “purity” of Christmas in the Holy Land. “Christmas here is fantastic because there’s absolutely no sign of the trappings of materialism,” says Meryon. “People in England hardly know the difference between Santa Claus and Jesus,” he jokes. Meryon has something of the quintessential English vicar about him, while a group of Singaporean pilgrims sing melodic hymns in the background. “Commercialism has taken Jesus out of Christmas.”

And the guitar-strumming young Singaporean who had led his evangelist group of pilgrims in song seemed to share Meryon’s sentiments. “Being here is incredible. I can see Jesus all around me,” he said, I imagine, figuratively. Lacking any semblance of religious faith and not being of a spiritual disposition, I have never seen Christ figuratively, in all my time in Jerusalem. I have, however, repeatedly spotted a pilgrim fitting his description making his lonely way through the old city.

For obvious reasons, Bethlehem, whose population today is still about half Christian, is a popular pull for local Christians and pilgrims alike, with the highlight for the faithful being the midnight Mass at the Church of the Nativity on Christmas Eve. And, as with Joseph and Mary, those who wait for the last minute often find that there’s no more room at the inn.

But given that the vast majority of the population is either Jewish or Muslim, the run-up to the holiday season in the public sphere is pretty low-key. “You see some decoration around, but Christmas here is a normal time of year,” says Karkar.

This demographic reality inevitably affects the spirit of the season. “On Christmas Day, the majority of people are working, so most Christians work too,” notes Karkar, although he does point out that Orthodox Christmas, which is on Jan. 7, has been made a public holiday for Christians and Muslims alike in the West Bank. “My wife and kids are traveling but I have to keep my restaurant open.”

“Christmas here feels spiritless and meaningless in comparison to the West,” Sader told me. “I’ve had the opportunity to celebrate Christmas in Paris. I felt the religious meaning of Christmas for two weeks long, as the midnight Mass was an integral part of Christmas and the highlight of the celebrations,” adding that he is not a religious person.

Sader’s idealized description of Christmas in Paris might come as something of a revelation to many Europeans, who never see the inside of a church and, instead, make offerings for their loved ones at the altar of consumerism and find the merry “spirit” of the season inside a bottle shared with family and friends.

The reality of Christmas here seems to me to lie somewhere between what Sader and Meryon describe. In a land where people are generally more religious than in the West – whether they be Christians, Muslims or Jews – church attendance is high.

Palestinian Christians I have met in Palestine and Israel insist that, although they may face a certain amount of discrimination from the country’s two major faith groups, especially with the rising tide of Islamic and Jewish fundamentalism, they are by no means persecuted.

“There is no Islamic persecution here,” insists Karkar, who points out that it was a Muslim, the late Yasser Arafat, who not only symbolized national unity by marrying a Christian but also restored the status of Christmas in Bethlehem after years of Israeli-imposed isolation had made it impossible for Palestinian Christians from other parts to visit the birthplace of Christ. Karkar also contends that even the Islamist movement, Hamas, is not “anti-Christian.”

The future of Christianity in the Holy Land will depend largely on whether Israelis and Palestinians will be able to find a just resolution to their conflict. If peace and justice reign, many diaspora Palestinian Christians may be encouraged to return. If not, the decline of indigenous Christianity in the birthplace of Jesus is likely to continue.