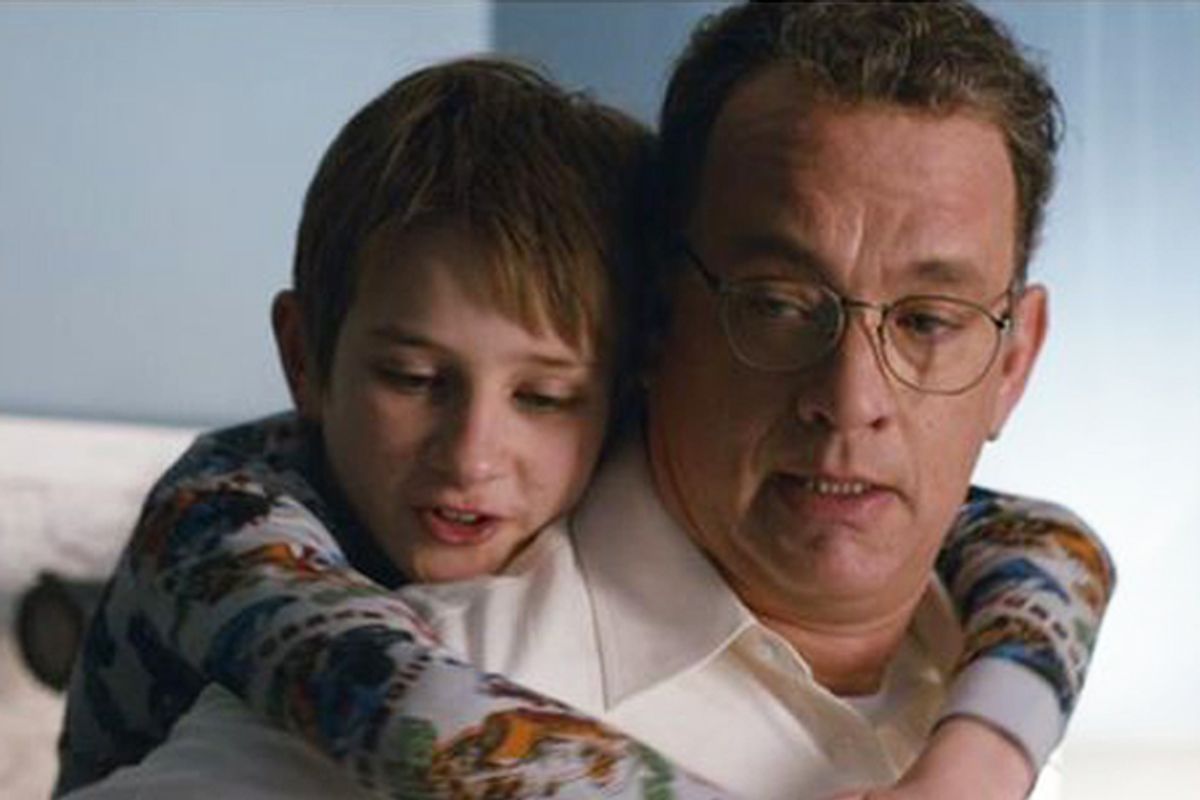 A few weeks ago I wrote a largely negative review of Kenneth Lonergan's long-delayed "Margaret," a sprawling and ambitious attempt at weaving a multi-character cinematic tapestry about life in post-9/11 New York. I stand by every word, but I also understand why a group of critics and cinephiles have campaigned to get "Margaret" on the awards-season radar screen, in the face of Fox Searchlight's evident decision to abandon it on the curb like a stillborn hamster. "Margaret" is coming back to New York's Cinema Village this weekend, and if you're in the neighborhood and want to see a flawed, big-hearted, intermittently marvelous and maddening epic about the legacy of 9/11, go check it out. You certainly won't find any such grand emotions in "Extremely Loud & Incredibly Close," which renders Jonathan Safran Foer's best-selling 2005 novel into unconvincing Hollywood mush.

"Extremely Loud & Incredibly Close" is pretty much the last of this year's supposedly major holiday movies to be unveiled for the press and public, and if I were director Stephen Daldry (he of "The Hours" and "Billy Elliot"), I might've wanted to sit on it a bit longer. It's not a terrible film, exactly, but something worse, an irritating and enervating one. A longtime theater director who made the switch to film in the early 2000s, Daldry has a propensity for pretty, almost vampiric movies that are elegantly staged but drain the life out of their source material -- and Foer's novel didn't have too much of that to begin with. A whimsical fable about an overly precious and eccentric 9-year-old, loaded down with Asperger-ish tics and phobias, who goes on a self-appointed citywide treasure hunt after his father dies in the twin towers, "Extremely Loud" always struck me as a sentimental contrivance. (I started the book and couldn't finish it.)

Daldry and screenwriter Eric Roth remove some of the book's more maddening byways and curlicues (such as the epistolary back story of the main character's German grandparents) but can't evade its biggest problems. What they wind up with is something like an especially slow-moving and unnaturally grave Wes Anderson movie, with a hero you constantly want to smack, mixed with an after-school special about grief and healing. Throw in a bunch of awkward, still-life supporting performances -- Sandra Bullock, Max von Sydow, Viola Davis and Jeffrey Wright, all sitting around looking sad -- skillful cinematography by British vet Chris Menges and a Minimalist orchestral score by Alexandre Desplat, and it all adds up to something that looks and feels classy yet is really minor-league schmaltz.

Nine-year-old Oskar Schell (played by one-time "Teen Jeopardy" contestant Thomas Horn, in his acting debut) feels like a literary creation all the way, a precocious and painfully odd city kid who's afraid of almost everything and way too dependent on his dad, a Manhattan jeweler named Thomas. (You know, I like Tom Hanks, and he's perfectly OK in this role, but he's almost the last guy I would consider to play a New York shopkeeper of German and/or Jewish extraction.) Thomas has constructed a long-running scavenger hunt designed to draw Oskar out of his shell, and purportedly to solve the mystery of the missing "sixth borough" of New York City, which was dragged away at some point by secretive authorities for unknown reasons. This quest is interrupted after Thomas is vaporized in the World Trade Center, and the traumatized Oskar conceals his father's last phone messages from his mother (Bullock). But when Oskar finds a key hidden inside a vase in his dad's closet, he thinks it's a clue from beyond the grave, and sets out on a mission to interview all 800-odd New Yorkers who share the surname Black (which was written on the envelope that held the key).

I get that you either have to suspend your disbelief and travel with the tambourine-jingling, subway-phobic Oskar from Fort Greene to Hamilton Heights to Astoria to Broad Channel -- enjoying the journey and not fixating on the destination, etc. -- or simply bail out, but I was supposed to write this review and couldn't do the latter. In a larger sense, the problem with Daldry's film is that it's much too polite and pretty and classed-up, and lacks the nebbishy intensity and conviction that Foer's mock-Salinger universe at least pretends to possess. "Extremely Loud & Incredibly Close" demanded the real Wes Anderson or, better still, Michel Gondry -- someone who would treat Oskar's filing systems and maps and sets of regulations and French Foreign Legion-style accessories with the utmost seriousness, and even make them the point of the whole enterprise.

What we get instead is frankly a drag, a slow-moving tale of healing and redemption with a low-wattage resolution you'll glimpse miles away and a whole bunch of trailing loose ends. (Two of the major questions you're asking yourself after reading my plot synopsis are never answered.) Oh, it's enjoyable enough when von Sydow's on hand as Oskar's mysterious European grandfather, mostly because the titanic Swede is always terrific even when absolutely silent (as here). I did hear a little sniffling around me in the darkness, so if you're an easy mark you may need a hankie. But, for the love of God, a movie that's about 9/11 and autism and growing up without a dad should leave you crying buckets, and this one is too restrained and arty and highfalutin -- I believe the correct expression in Daldry's homeland would be "piss-elegant" -- even to accomplish that.