Pick of the week: Angelina Jolie's "In the Land of Blood and Honey" 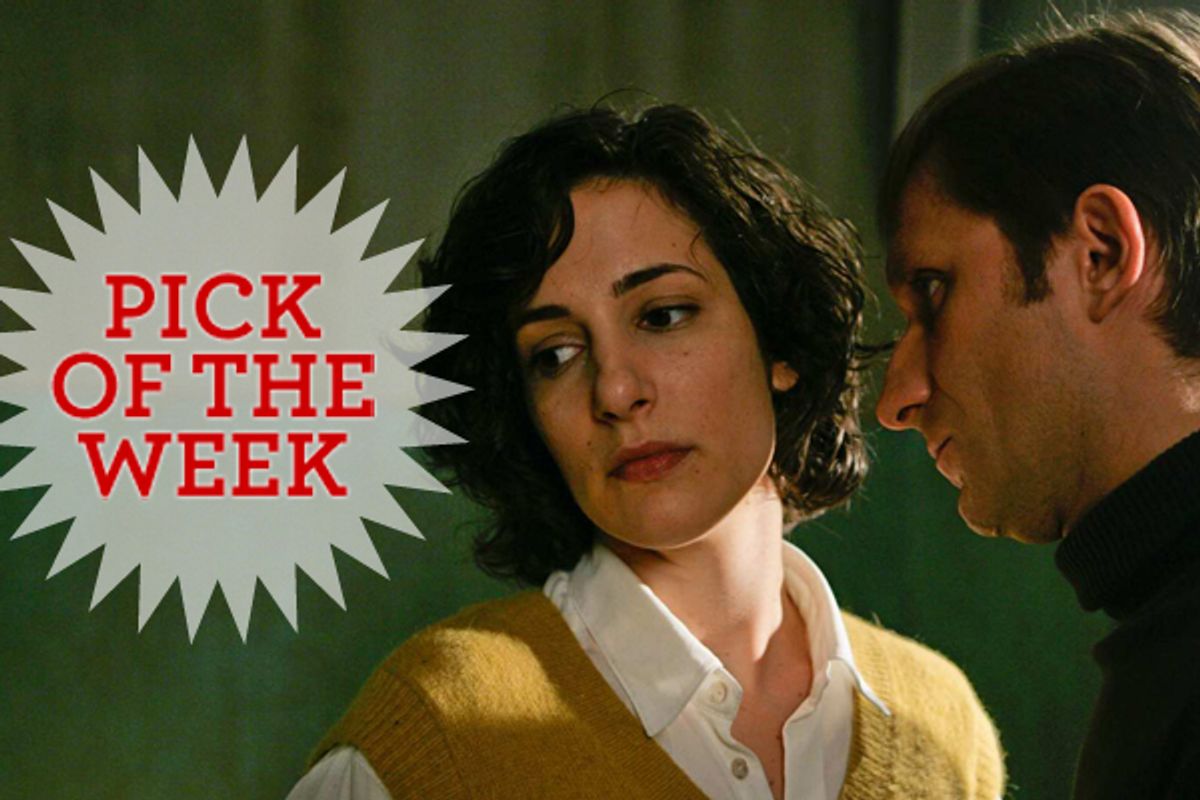 I'm here to recommend "In the Land of Blood and Honey," which is a vivid, downbeat foreign-language melodrama set during the Balkan wars of the 1990s, crafted in a highly credible imitation of the Eastern European filmmaking style. But let's be real, folks -- if this really were a movie by a Bosnian director unknown in the West, with a cast entirely drawn from the former Yugoslavia, I wouldn't be writing this article and you wouldn't be reading it. Oh, I might see it (or I might not), but only because I'm that sort of person. If I managed to stick a two-paragraph review up on Salon at some point, only foreign-film aficionados and those with some personal stake in the Bosnia conflict -- a war almost no one wants to think about today -- would ever read it.

But this Romeo-and-Juliet story about the love affair between a Bosnian Serb officer and the Muslim woman who becomes his prisoner was written and directed by Angelina Jolie, and there's no question that name makes a prodigious difference. I assume Jolie knows that her fame allowed her to get the movie made (at a budget of $10 million, it's modest by American standards but very expensive for Eastern Europe) and has attracted a curious international audience that wouldn't otherwise care. Well, let's give her credit: Now that she's got people's attention, she gives them an eyeful. "In the Land of Blood and Honey" has some moments of first-movie clumsiness, but it's soberly and elegantly shot (by Hollywood veteran Dean Semler) and paints a harrowing portrait of the massacres, rape camps and ethnic cleansing perpetrated by Bosnian Serb forces and others during that Clinton-era conflict.

As to the debates about whether Jolie depicts the Balkan war in a hopelessly biased or naive fashion, let's leave it at this: Most analysts agree that the majority of atrocities were committed by Serbian forces, but that's a long way from insisting that everybody else was as innocent as the driven snow. On the rare occasions we see Bosnian fighters in "In the Land of Blood and Honey," they come off as a likable ragtag band, while the better-armed and better-organized Serb forces are presented as preening and sadistic fascists, continually drunk and singing nationalistic songs. So, yeah, she's playing favorites, and drawing on cinematic and historical archetypes that go back to movies about the French Resistance and the Nazis, or about the Spanish Civil War. But she's not exactly concealing her agenda: The Serbs killed a lot of Muslim men and raped a lot of Muslim women, and the West declined to intervene until the worst was over. She thinks that was screwed up and evil all the way around.

That said, arguably the most complicated and interesting character in "In the Land of Blood and Honey" is the almost Shakespearean Danijel (Goran Kostic), a one-time Yugoslav policeman whose imposing father, Nebojsa (Rade Serbedzija), is a general in the rebel army trying to carve a "greater Serbia" out of the imploding Bosnian republic. As the war begins, Danijel is beginning a romance with Ajla (Zana Marjanovic), a dark-haired Muslim beauty he meets in a Sarajevo nightclub, just before it's destroyed in a bombing. By the time he meets Ajla again, months later, Danijel has become a captain in his father's officer corps -- and she's part of the spoils of war, in a group of women seized for sexual and menial servitude after the men in their housing complex have been taken away and shot. Danijel claims not to support his dad's anti-Muslim bigotry or ultra-nationalist politics, and we don't see him participate in atrocities. But it's also not like he stops them from occurring, and his argument that the war is merely a messy exercise in realpolitik by other means does not excuse its tactics. "It's murder for political reasons," Ajla tells him. "But it's still murder."

Kostic, a Bosnian actor who has done quite a bit of British film and TV, and the Sarajevo-born beauty Marjanovic make a combustible screen couple, and Jolie knows it. Despite the film's generally somber tone, there's more than a hint of "Night Porter"-style perversity to their relationship, which at different times is platonic, therapeutic and highly erotic. Ajla has two different stints in Danijel's personal custody, and the benefits for both of them -- above and beyond the hot sex -- are ambiguous but troubling. They're undeniably drawn to each other, and may be in love -- but that whole romantic ideal is problematic, in this context. Ajla is living in a privileged position under a Serbian officer's care, when many other Bosnian women are being raped and killed, and Danijel gets to feel like he hasn't lost his basic humanity and decency (when, arguably, he has). If you're looking for a love story with a happy ending, by the way, I suggest "New Year's Eve" instead.

Those scenes, when Jolie hints at a dark psychosexual dynamic beneath the drama but doesn't lay it out, are arguably the strongest in the film, although she also includes some harrowing action sequences depicting the siege of Sarajevo and other wartime events. ("In the Land of Blood and Honey" was entirely shot in Hungary; even in peacetime, this story wouldn't go down smoothly in Bosnia.) There's also a fair amount of clunky exposition, when Serbian officers or TV commentators have to provide running updates: What did Madeleine Albright tell the United Nations? How much territory do the Serbs control? How many people died at Srebrenica? When will the NATO bombing start? As I said earlier, nearly the entire cast consists of Bosnians, Serbs or Croats, and while Jolie shot a version with English dialogue, at this point only the subtitled, Bosnian-language version will be released. Serbedzija, a legendary Croatian actor whose Western career stretches from "Eyes Wide Shut" to "Batman Begins" to a villainous season in TV's "24," makes a juicy meal of his role as Danijel's abusive, sentimental and bloodthirsty father.

If Angelina Jolie is trying to remind us that the Western world dithered while an apparently modern European nation sank into rape, murder and chaos -- and that Bill Clinton and his foreign-policy officials deserve much of the blame -- she does a good job. Of course the guilt over that negligence was used by so-called liberals like Paul Berman and the late Christopher Hitchens to justify the invasion of Iraq, and that may not have been the right answer either. My sense is that while Jolie intends "In the Land of Blood and Honey" to deliver a moral lesson, it's really a story about two people who hope that love will deliver them from an evil situation, when love can't actually do that.

"In the Land of Blood and Honey" opens this week in New York and Los Angeles, with wider release to follow.

Angelina Jolie In The Land Of Blood And Honey Movies Our Picks Our Picks: Movies