The id of Newt 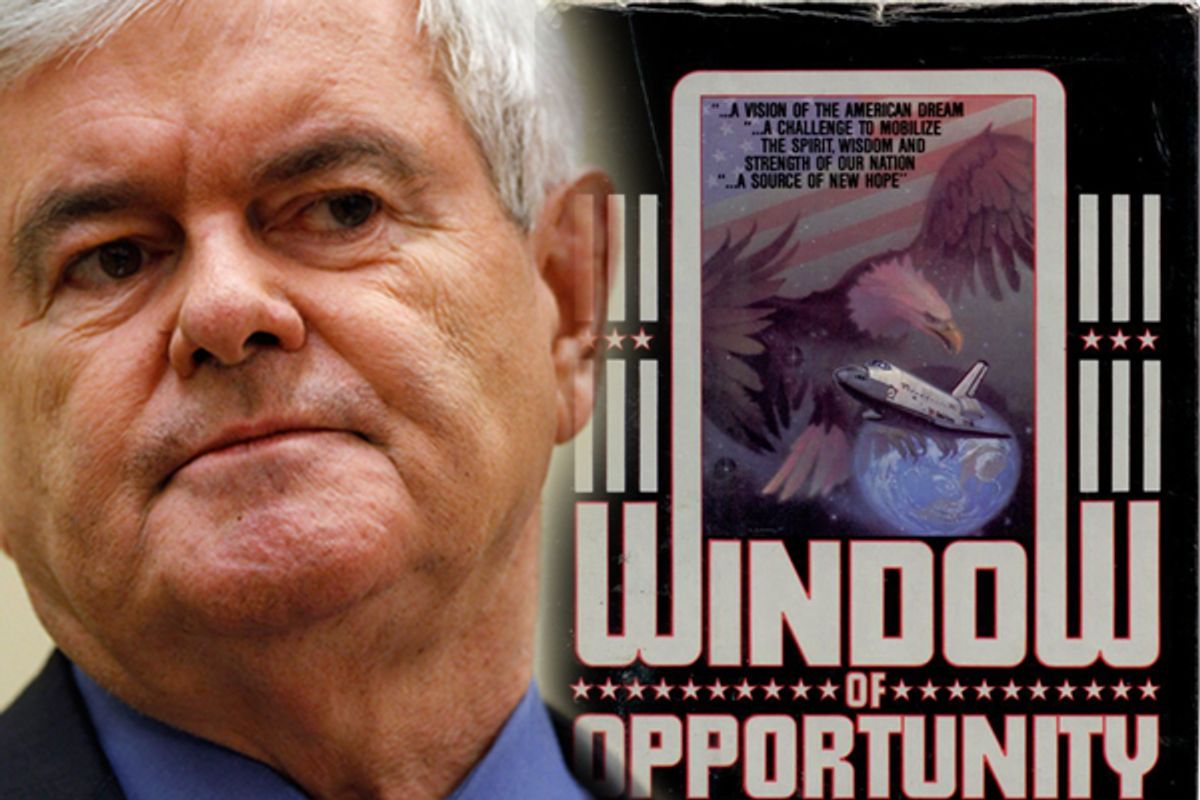 Spaced out: Mind of Gingrich (Reuters)
--

On Dec. 14, with Newt Gingrich still leading in most polls of Iowa but a softness in his numbers beginning to show, the former House Speaker made the unorthodox choice to take time off campaigning to deliver a seminar on brain science in the liberal university town of Iowa City.

"Today," Gingrich declared to an auditorium of students, "we are on the cusp of an explosion of new science that will create new opportunities in health, agriculture, energy and materials technology." But, he argued, we must first reform the bureaucracy hindering unfettered science. Perhaps -- but it was hard to argue with Politico's conclusion that giving the seminar in the midst of a hard-fought primary was politically "puzzling." At worst it was suicidal.

The best guide to understanding the reasons Gingrich took time off the campaign trail to teach a brain-science seminar -- and also, in the words of Mitt Romney, to understanding his "zany" side -- is Gingrich's first book, "Window of Opportunity."

Published in 1984 when he was the three-term member of Congress from Georgia (and, the cover notes, "chairman of the Congressional Space Caucus"), the book is an extended meditation on how the bureaucratic welfare state is holding back America from a bright future of space tourism and a poverty-ending computer revolution. It was coauthored by Gingrich's second wife, Marianne, and sci-fi/fantasy author David Drake and blurbed by President Reagan, who called it “a source of new hope for building an Opportunity Society that sparks the best in each of us and permits us to chart a better future for our children." (Drake, for his part, is the author of nearly 100 novels, with titles like “The Dragon Lord” and “Skyripper.”)

The striking thing about "Window of Opportunity" (yes, I read the whole thing) are the continuities in Gingrich's thought and style between 1984 and the present. The constant hyperbole is there (“dramatically," “literally,” “enormously"). Gingrich's tendency to speak in world-historical terms, coupled with authoritative-sounding and astoundingly detailed discussions of technology, is there.

“Our generation of Americans must decide whether to lead mankind into freedom, productivity, and peace or whether we will preside over the slow decay of mankind into a world of terrorism and tyranny," he writes at one point. At another, he dives into the minutiae of Reagan's so-called Star Wars missile defense plan:

Particle beams and laser solutions (directed energy weapons) offer some real advantages over conventional -- gun and missile -- weapons because directed energy weapons hit their targets at the speed of light, making aiming much easier and permitting a single weapon to hit multiple targets in series.

In "Window of Opportunity," Gingrich waxes enthusiastic about children as young as eighth graders jumping into the new information economy and making money using computers, echoing his talk this year about getting kids to do janitorial work.

This book is where Gingrich's abiding interest in futurism first bloomed into public view. He invokes classics of the genre such as Alvin Toffler’s “The Third Wave,” Peter Drucker’s “The Age of Discontinuities,” and John Naisbett’s “Megatrends.” Some of Gingrich's predictions sound reasonably prescient with the benefit of hindsight.  “Many of our grandchildren will do much of their work from their homes by connecting keyboards to their telephones to write letters, books, and purchase orders," he writes.

Other predictions, not so much:

In fairness, there's still a few years left for America to achieve the $15,000 moon honeymoon. If Gingrich is elected in 2012 and reelected in 2016, maybe he can make it happen.