"Being undocumented wasn't a choice"

I\'d long known I was attracted to other boys. When I was 17, I found out another reason I was \"different\" 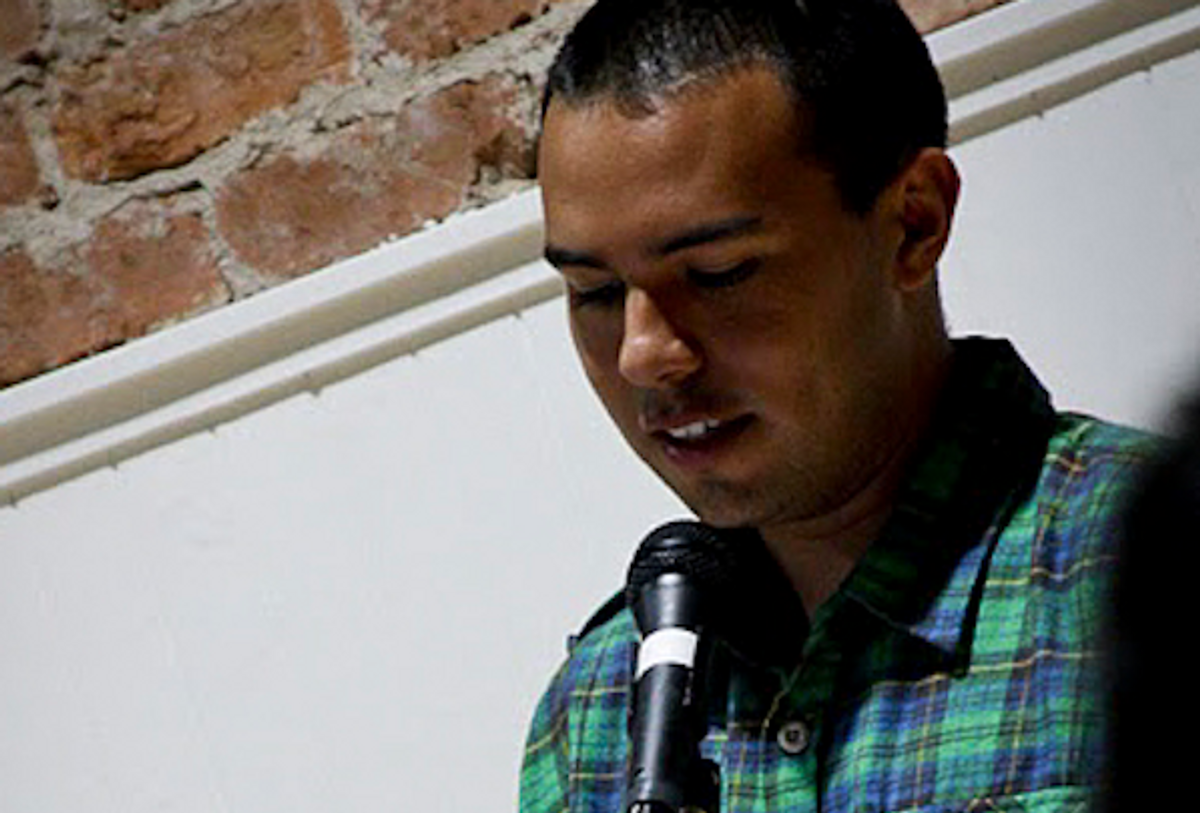 The author (Courtesy of Rahul Rodriguez)
--

Inspired by the recently released film "Pariah," Salon teamed up with New America Media to run a series of coming out stories by minority and immigrant LGBT youth. This is the fourth installment.

Despite the stereotypes and prejudices that may still linger around the gay community, I always found comfort in my gay identity -- a comfort I often struggled with living as an undocumented immigrant.

When I come out to people as gay, I don’t have to wait for the questions, “How did you get here?” or “Why can’t you just fix your status?” No, I usually get, “Oh, OK, I just wasn’t sure,” or my favorite, “Of course you’re gay! Why would a hot guy like you be straight?” That one usually makes me blush and laugh.

But just like being gay, being undocumented wasn’t a choice for me. It was something I discovered as I grew up.

I am originally from Lima, Peru. My dad was a pediatrician and my mother a teacher before we moved to the United States.

Growing up I always knew that there was something different about me; I just wasn’t sure what. I just knew I had an attraction toward guys, ever since I was about 9 years old and had a crush on a fifth grader during summer school.

I was 17 years old when I discovered I was undocumented. My dad broke the news to me that I wouldn’t be able to get a driver’s license because we were “different” from everyone else. His words were subtle but I understood.

My parents warned me not to disclose my immigration status to anyone, fearing that I would be treated differently.

I recently came out of both “closets” after coming together with other queer and undocumented folks for the first time in my life.

It was after a confrontation with my parents about my undocumented friends’ sexual orientation that I came out to them as gay. It wasn’t how I had hoped it would happen. I always thought I would come out to my parents over dinner after my college graduation.

To my surprise, it happened on a Tuesday morning in my parents’ bedroom.

My friends, whom I met through an undocumented internship program called Dream Summer and who were also undocumented and queer, were in the next room waiting for breakfast. While they were patiently waiting, I stood speechless and motionless hearing my parents go around the possibility of my being gay.

They were tiptoeing around my sexual orientation, warning me how I would be perceived if I continued to hang out with gay people.

I finally broke the silence. I looked to the ground for comfort, and in what I thought was a strong voice, I muttered, “Just like my friends are gay, I’m gay.”

The textbook questions of “how?" and "why?” followed, but so did the same warning to not tell anyone.

I had been there five years ago.

Unlike being undocumented, being gay is becoming less of a legal issue. I can freely announce that I’m gay and not fear that I’ll be arrested or deported or accused of taking some other American child’s seat at UC Berkeley. However, I still get nervous when I mutter the words, “I am undocumented” to strangers.

The stigma that goes along with being undocumented still lingers in my mind. Though I have never had trouble with my passport or consulate ID card, a trip to the Castro District in San Francisco still sparks fear and worry in me.

What if this time they don’t take my ID?

I often think about what my undocumented status will do to my romantic life. I haven’t been in a relationship since coming out as undocumented and I sometimes worry about how guys’ perceptions of me will change when I disclose my status.

Coming out of that closet still seems difficult.

Raul Rodriguez, 21, is a senior at UC Berkeley majoring in media studies and anthropology. He was born in Lima, Peru and raised in the suburbs of Los Angeles.