An LA-centric take on modernism 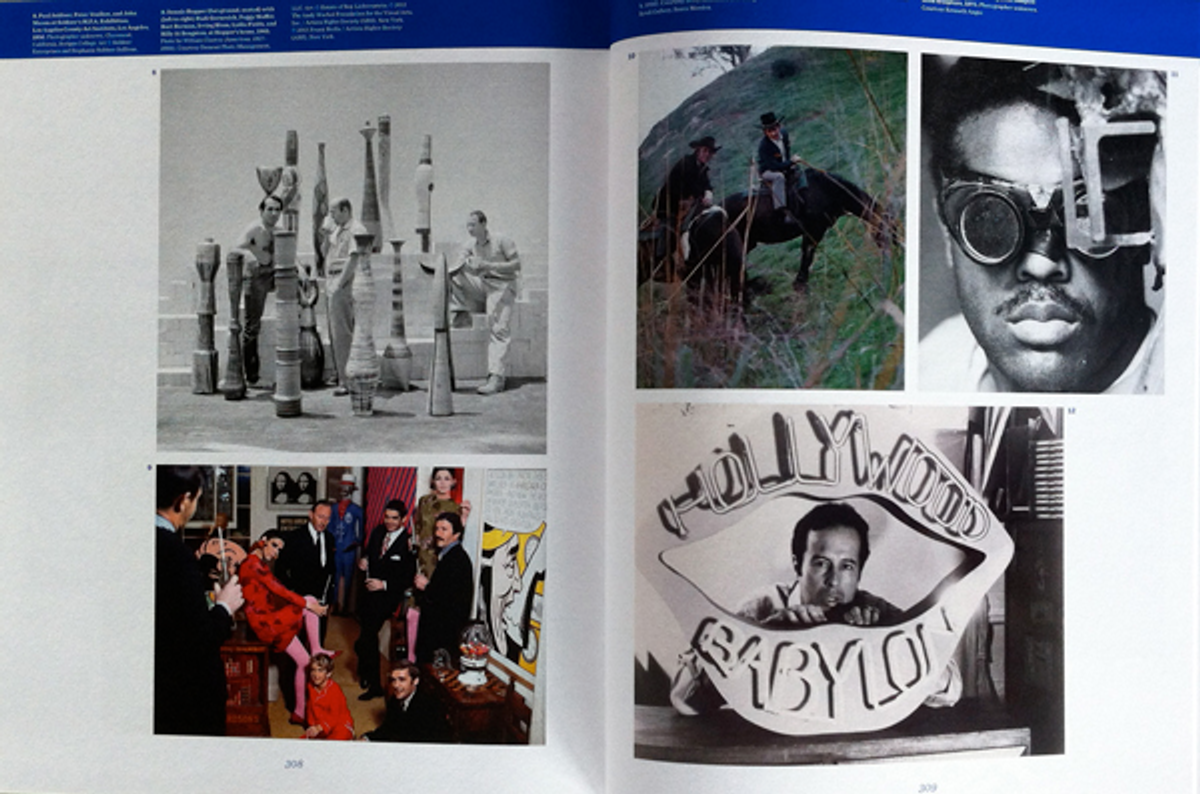 Forget the Rose Parade; the real reason to be in LA right now is "Pacific Standard Time"... the arts program, not just the zone.

A six-month "happening" that kicked off in October, PST is the largest collaborative art project ever undertaken in Southern California. More than 60 museums, galleries and other institutions allow us to immerse ourselves in the various creative scenes that were exploding and expanding all around Los Angeles from the 1940s through to the ’80s.

PST's primary focus is on the fine arts, but the exhibitions and events offer plenty for the design-minded as well. There are also scads of show catalogs for the print-oriented to peruse.

Here's a sampling of a few of the lavishly illustrated books recently published in conjunction with all the events.

Ten years in the making, "Pacific Standard Time" was initiated through Getty Foundation grants. And "PST," the book, charts the four-decade transformation of the post-World War II art scene, starting with the Case Study Houses of the mid-1940s and moving through to the opening of the Museum of Contemporary Art in 1980.

Drawing on photographs and other archival materials from the Getty Research Institute, the book, as well as the show, reveals refreshing new regional perspectives on a modernist history that until now has been largely dominated by New York.

Peace Press Graphics 1967-1987: Art in the Pursuit of Social Change

I recently covered the Peace Press Graphics exhibition of political and cultural posters for Imprint. It just wrapped up, but the show's 100-plus pieces are part of the comprehensive catalog, which includes many other images of progressive protest.

It's an important document of the politics of the era as well as of the press's printing and publishing business.

The book calls itself "the first comprehensive examination of California's midcentury modern design." So naturally it includes the architecture and furniture of Neutra, Schindler and the Eameses as well as the graphic works of Lustig, Bass and Danziger. But it's equally enjoyable to discover the designs of others who aren't instantly identifiable by their last names alone.

Proof: The Rise of Printmaking in Southern California

"Proof," the book and the show, is an invaluable study of the origins of printmaking in Southern California and of the medium as a fine arts tool.

The Tamarind Lithographic Workshop is the central pivot point. Founded in 1960 to accommodate master artisan printers, it became the most important print shop in the United States. "Proof" also examines the growth of other significant workshops such as Cirrus Editions and Gemini G.E.L. Included are works by Josef Albers, Ed Ruscha, Robert Rauschenberg, Claus Oldenburg and Sister Corita Kent.

Weegee was a master of the graphic exposé. When he moved to LA in the late 1940s he fashioned himself into a proto-paparazzi, over a decade before the term was coined. He trained his camera on celebs like Marilyn Monroe and Liz Taylor with the same lurid lack of mercy with which he snapped movie star fans, fringe entertainers and the generally disenfranchised.

The book's centerpiece is a reprinting of "Naked Hollywood," Weegee's pulp paperback photo-book from 1953. Overall, it's a fascinating read for people who prefer raw tabloid reality to glimmering, glitzy artifice.

The text is by Richard Meyer. 144 pages.