Morality, not tolerance, moved gay marriage into the mainstream in 2011 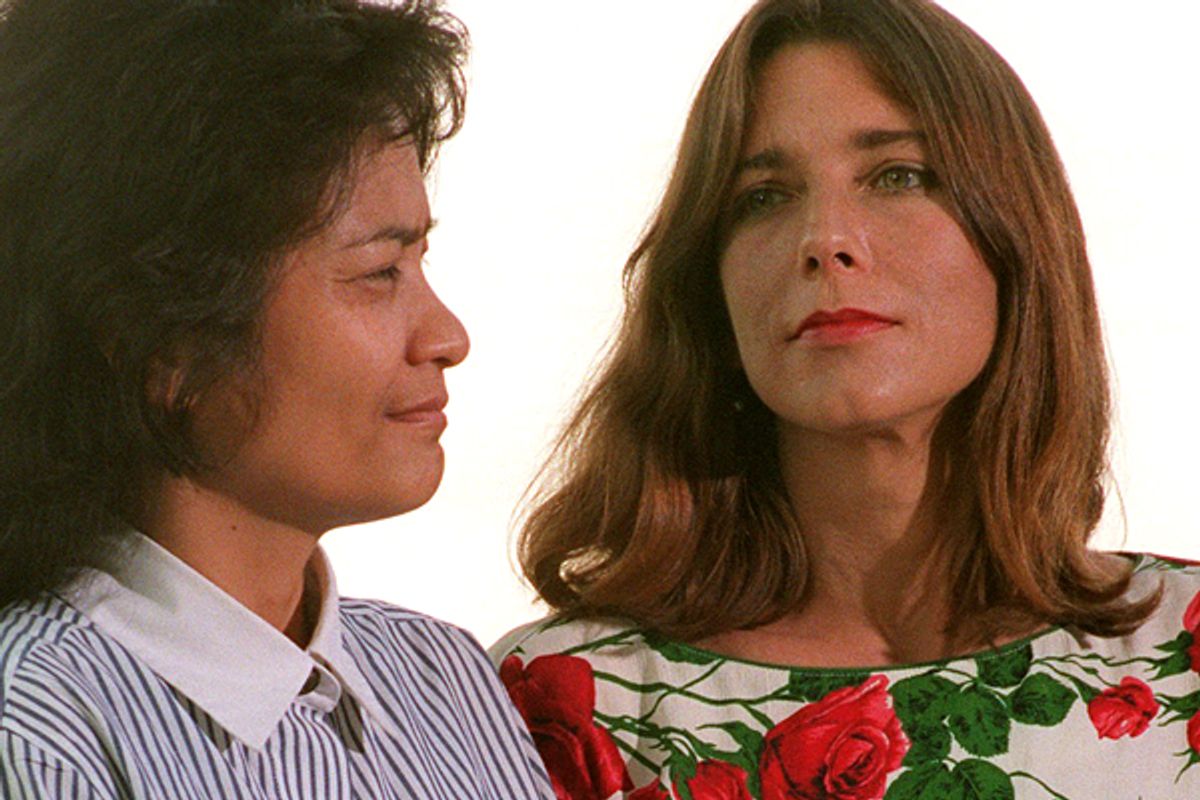 Forget pink; nothing less than lavender champagne will do justice to gay 2011.

I’m not talking about New York passing a same sex marriage law in June. I’m not even talking about the certification of repeal of "don’t ask, don’t tell," which happened the very same July weekend New Yorkers thronged to Niagara Falls for the first legal weddings. These events mattered a lot. But not as much as the report, on May 20, 2011, that “For First Time, Majority of Americans Favor Legal Gay Marriage.”

For the first time ever, a majority of people polled — 53 percent -- told Gallup that “Marriages between same sex couples should be recognized by the law as valid.” Crossing the 50 percent mark on marriage means much more than any specific victory and more than the approval of gay service or equal employment or any of the other hallmarks of citizenship. Approval of marriage represents moral acceptance.  Both sides have always known that. Evan Wolfson, the father of the same sex marriage movement, says marriage is the central social institution of our society. "Marriage opponents like Iowa conservative Robert Vanderplaats insist that same sex marriage violates the very definition of marriage."

Same sex marriage is a classic example of what political scientists call “morality politics”: “a fundamental, first-principled conflict with the values embodied in some aspect of a morality policy.” In a lot of politics, Americans are willing to hold their noses and tolerate people they disapprove of or to change their positions based on evidence from the material world. But in morality politics, voters have their first principles and don’t want compromise-inclined elites confusing them with stuff like social science data about harm.

So issues of morality politics surface disproportionately in the context of direct democracy. Hawaii voters overturned their Supreme Court’s decision recognizing same sex marriage in a referendum while the ink was still wet on the decision. The Hawaii decision generated a federal law refusing to recognize any such rogue development, and a similar decision from Massachusetts in 2003 was met with a tsunami of state referendums forbidding such shenanigans in their states in 2004. Gay marriage activists were not going to win that battle by arguing that anything between consenting adults in private is nobody's business.

How did they do it? They did it – and this is the lesson that the gay revolution holds for any progressive movement – not by asking for "tolerance." They didn't ask people to accept gay marriage by holding their moral noses. Rather, they set out to change change people's minds about what is moral.

The gay marriage movement told the stories of its courtships, invoking the ancient Platonic idea of love as the recognition of the goodness in the other person.

Genora Dancel and Ninia Baehr, the original plaintiffs in the Hawaii case, had a nine-hour first date. They told the stories of their caring, invoking the morality of the strong helping the weak and making a world you yourself would want to live in.

Ron Wallen, 77  years old, told a panel of the U.S. Senate, which was considering repealing the Defense of Marriage Act, about  his four years in hell nursing his partner of 58 years through fatal leukemia. “And as rotten as those four years were,” Wallen testified, “they were made ever so much easier because we had each other for comfort and love.” Slowly, story by story, the gay marriage movement began to remake the conversation about morality.

It was an uphill battle. For too long in America the subject of morality has been collapsed into sexual morality. For most of Western history, morality had richer content. Morality meant proper conduct regarding wealth, just as one example. In the Old Testament, people were taught to leave some of their harvest behind in the fields as charity. The Greek virtues included the virtue of “temperance,” “liberality” and “magnificence” – all counseling moderation in the relationship to money and physical pleasure. The Enlightenment philosopher Immanuel Kant asked his followers to imagine they were living in a world in which everyone behaved as they did. The English utilitarians, horrified by the inequalities of the first Industrial Revolution, suggested that the millionaire’s millionth dollar did not mean as much to him as the same dollar meant to a poor man.

But as inequality rose, moral debates about economic justice fell until only sex was left as a subject for moral conversation. Worse, in response to the sexual revolution of the '60s, moral sex was defined by a snapshot of the 19th century Protestant, monogamous, heterosexual, reproductive family. Same-sex sex was the definition of the immoral. Except for those uppity women wanting to abort their “babies," it dominated the field. With the arrival of religious activists into U.S. politics in the '70s, this religiously defined sexual morality was promoted as a proper subject for politics.

Gay activists reversed this trend. Asserting their claim to marriage, gay activists told the predominantly straight world that there are more ways to think about morality than the Evangelical Christian morality of Victorian sexuality. And they were persuasive. When conservative lawyer Ted Olson, former solicitor general under President Bush, explained why he sued to establish gay marriage as a constitutional right,  he invoked the essentials of the activists' argument: "We believe that a conservative value is stable relationships and stable community and loving individuals coming together and forming a basis that is a building block of our society, which includes marriage."

In this, as in so many things, the gay community were early adopters of the only strategy that beats the resurgent religious right: fight morality with morality. Once the category of morality was opened, every kind of debate became possible -- and so did victory. It arrived in 2011.