He's organizing in caucus states to rack up delegates. Will he hurt Romney or GOP right-wingers? 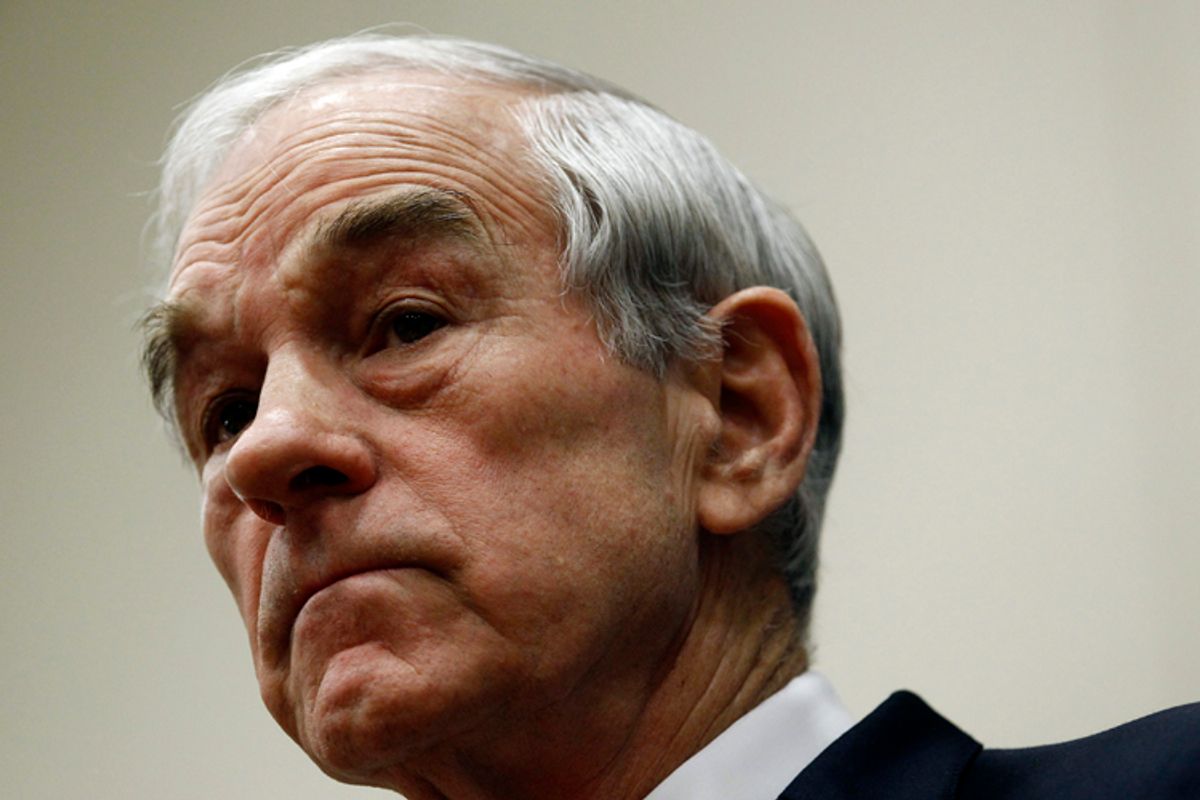 BuzzFeed ran an intriguing piece Monday charting Ron Paul's plan to remain in the race and rack up delegates through the entire primary season, by organizing early in 10 caucus states his rivals aren't thinking about. It's got some good reporting, with local party leaders talking about Paul's edge in caucus states. Hey, Idaho has more delegates than Iowa, but no one's reporting from there yet. But comparing Paul's strategy to Barack Obama's 2008 caucus juggernaut exaggerates the libertarian's strength more than a little.

Paul has a comparable cadre of die-hard young fans and the ability to raise serious online money. Obama not only had that loyal core support, but also a great national operation, and he was a fully mainstream Democrat who had the backing of leading national politicians – and Wall Street money. If Paul begins to rack up delegates, look for Romney's PAC friends and Karl Rove's Crossroads to hit him with everything they have. Sadly, Paul's Achilles' heel to the GOP isn't the racism in his newsletters and his ever-changing story about how it got there, it's his strong antiwar stance and other foreign policy views.

Still, Paul's long-haul strategy is interesting for a couple of reasons. First, a strong, ongoing Paul candidacy will make it hard for conservatives to unite around a non-Romney like Rick Santorum, who's looking like he'll win Iowa. Paul is more likely to draw Romney haters than Romney fans. But especially if other right-wingers stay in the race, a solid Paul caucus showing could make it harder for Mitt Romney to wrap up the nomination and focus his resources on the president. Having destroyed Newt Gingrich (with his own words and deeds), Romney strategists seemed ready to wrap up the race last week with a strong Iowa showing and a decisive New Hampshire win. Paul will make that harder.

It's also hard to imagine what Paul will do if he winds up with enough delegates to affect the race. What would he bargain for? His foreign policy and antiwar stands are anathema to mainstream Republicans. On Monday night in Iowa Mitt Romney trashed Obama's handling of Iran, while Paul denounced Romney and the rest of the GOP pack for irresponsible saber-rattling on the Iran issue. Paul doesn't want to be vice president (though maybe that would be a nice perch for Rand). His supporters aren't interested in standard political horse-trading. A persistent Paul presence will make the GOP race much more interesting.

It would be a wonderful byproduct if other politicians, especially Democrats, recognized the antiwar passion his candidacy at least partly represents. I'm on record loathing Paul's newsletter racism as well as his opposition to the Civil Rights Act and abortion rights, so please don't take that as an endorsement. But I'm happy someone, anyone has a national platform to question our bipartisan military and national security consensus.